I want to do something radical by Anne Godoy-Organista 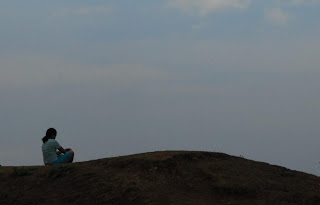 Many times these past few months, I caught myself feeling giddy at the thought that I can do something new and radical. Yet in the same breath, I felt my heart thump louder and louder with the scary feeling that doing something like that might be past my prime.

Midlife made me think and for a while believe that at this stage, my options are limited. A quick glance at the job market confirmed that thought seeing how most employers preferred the creative minds and the adventurous spirit of young people over the skills and wide experience of the older ones.

Midlife, I’ve heard many times, is the school for hard knocks. What else is new?  Isn’t life the same way too? So I’ve learned to move on and realized that though something may have ended when I lost my youth, the loss ultimately gave way for something new to begin.

When I realized I was no longer young...

·         I was able to let go of the fears that hindered me before from doing what I wanted. Yes, failing was still a possibility. This time however, I knew that another failure can only bring me a step closer to sweet success.

·         I found the courage to ask what I believed was mine. Yes, rejections still came my way. But I’ve learned over the years that “no” really just means “not yet”.

·         I became more daring to step forward and make the change I so wanted to create.  I may have fallen flat on my face a couple of times. But at least, these brought me to another place where I could try again.

To me, midlife is the age of miracles.  It is at this stage that we become more aware of the seriousness of time and the need to do something good with the time we have. Having lived half our lives, we now fully comprehend the idea that wasting any opportunity is anathema to living a good life.

The period of youth may be new and refreshing.  Its pleasure is the knowledge that one can go up the hill and explore the endless possibilities that lie on the wayside.

The delight of midlife, on the other hand, is the understanding that one is “over the hill”. It comes with the reality that having overcome the hill, we are now ready for the mountain.


http://www.anne-writersspace.blogspot.com/.
We are honored to have Anne as a resident writer here at GottaLoveMom. She will be posting her articles every Tuesday. Thank you, Anne.