“I understood that there were laws to be followed. I understood that we made mistakes. But wasn’t there a middle ground between immigration laws and the human tragedy of tearing loving and decent families apart?” ~ Out of Status

I love this country. Although seems cruel at times, I believe, is also very compassionate.

I have such respect for value of freedom and hope and opportunity that despite American's harsh treatment of my family, my feelings are no less now than when I got off the plane almost 28 years ago.

Why do people uproot their lives, sacrifice everything just to migrate to with the hope of building a better future?

Most people seem not to understand why people couldn’t just wait in line, why come to illegally – or in our case, over stayed our “legal” welcome.

Others are fortunate to have the elusive green card. However, there are millions who overstayed and are now “out of status”  - or worst, have been deported and banned from ever coming back: families being torn apart and dreams being shattered.

You kind of wonder, why? 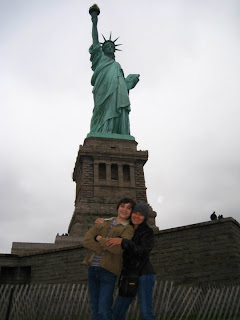 Why do people sacrifice everything they have just to live in ? Most American’s can’t comprehend why people come to the illegally. Some people even look at them with contempt. Why not wait in line like everyone else?


But the immigration journey is not easy for every one. So I can't understand why would anyone
revoke his citizenship.

Desperate people sometimes seek desperate solutions, and end up being taken advantage of by a broken and challenging immigration system - and sadly, by corrupt lawyers and individuals.

Some people understand why others come to illegally. Some people can feel the pain and passion. Other people are offended that laws are broken and worry that another Immigration Reform, such as the Dream Act, is a legislation that rewards people and encourages them to continually break the laws.

But can’t the lawmakers find a common ground to solve a problem that seems to haunt this country for decades? Why can’t Republicans stop being Republicans, and Democrats stop being Democrats – and just work together to find a human solution?

Can this country be blamed for allowing millions of immigrants for becoming undocumented, illegal, or “out of status”?

“Out of status” immigrants are usually scared to even seek legal advice that they tend to stay “off the radar”.  And those who can no longer take the stress of looking over their shoulders,  pursue legal ways just to realize that they have no other legal ways to become permanent residents, so they are stucked in a problem with no solution aside from going back to their native countries: a conundrum that causes people to risk everything in order to survive and remain in America.

Shouldn’t be flattered that people are willing to risk everything just to have a taste of the American Dream?

People will always want to come and live here in . Unless America totally closes its borders, puts a tracking device on every visa holder, weeds-out lawyers who prey on desperate people - America will always have “illegal” or “undocumented” immigrants. Kind of makes you wonder, is the current Immigration System fully enforceable?

Should the process of applying for legal status be a difficult task?

To all of you who are blessed with being born in this country or fortunate to obtain that elusive green card, what do you think should be done to the millions of “out of status” residents who have lived here in the and are now in “limbo”?

Do you think sending millions of  people back to a place which they no longer call home is the only answer?

What would you do?