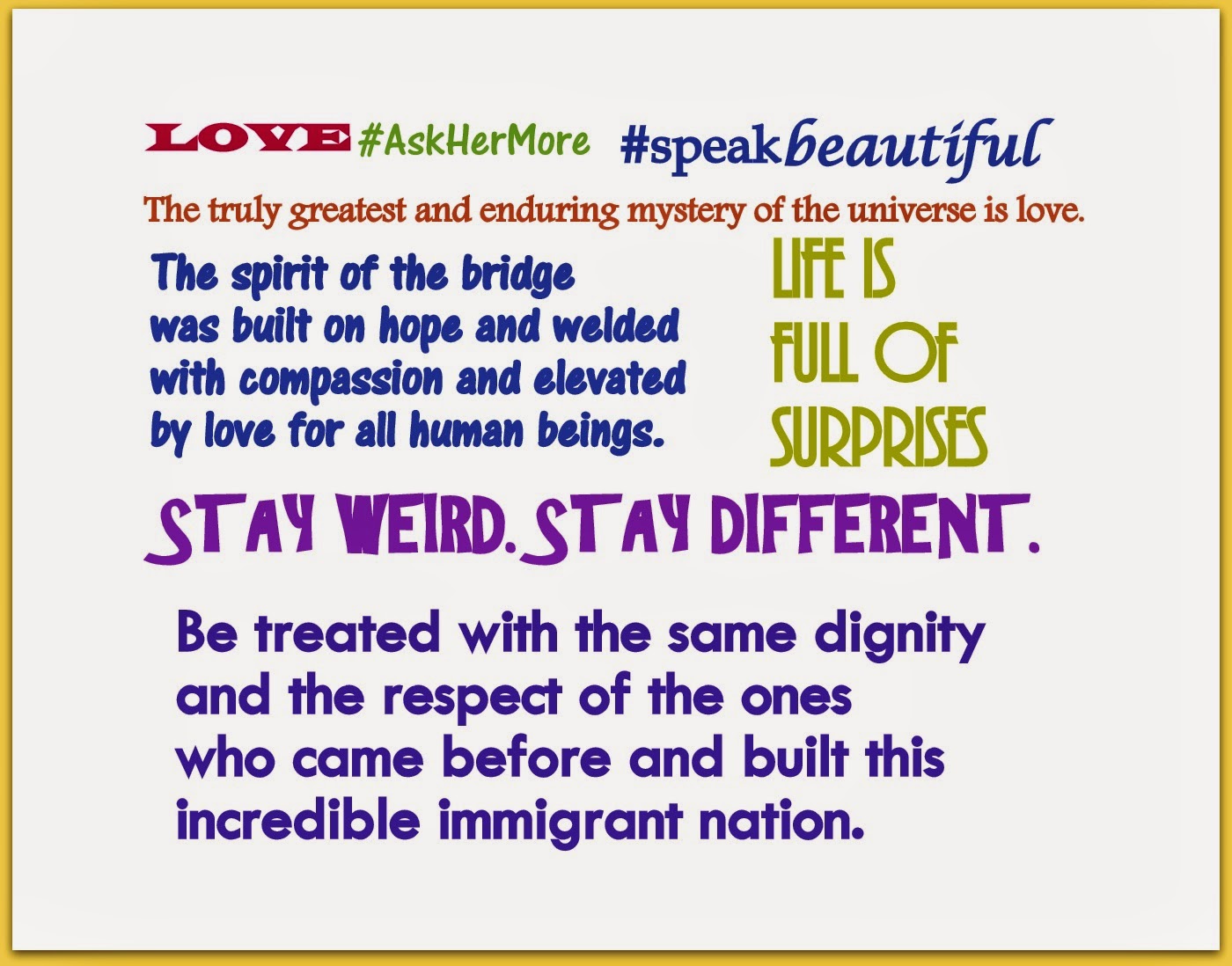 A few of my favorite things at the Oscars

Sunday night’s Oscars telecast on ABC was a little over 3 ½ hours. I watched the pre-show interviews to check out what gowns the actresses were wearing. However, I felt a bit guilty because Reese Witherspoon campaigned for Red Carpet Reporters to #AskHerMore than “Who are you wearing?” 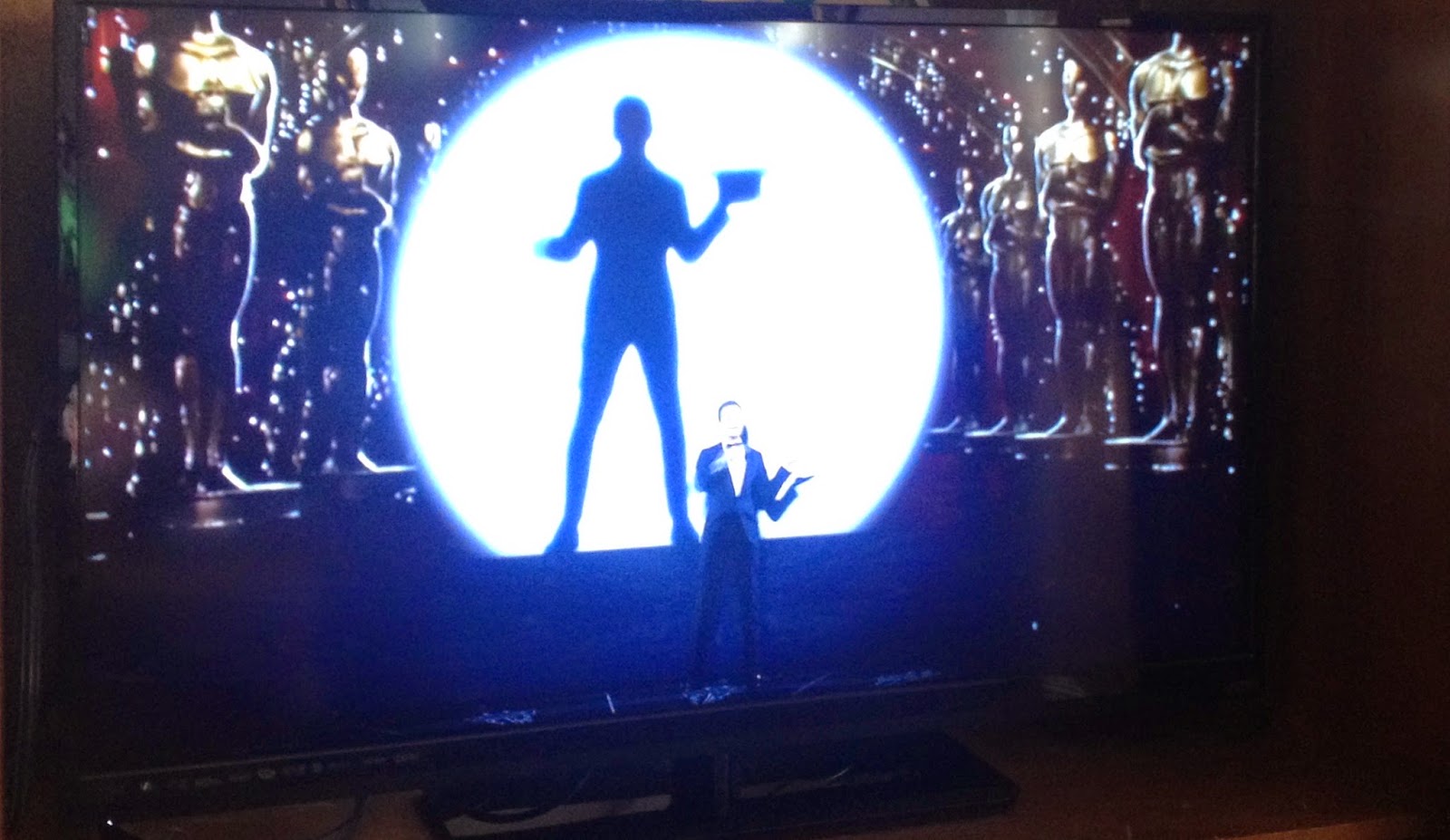 I am a fan of Doogie Howser so I tuned in past the red carpet show to watch Neil Patrick Harris (NPH) host the 2015 Academy Awards.


J.K. Simmons, the winner for the Best Actor in a supporting role as a demanding teacher in "Whiplash", in his acceptance speech, urged people to call their moms – not text, but actually pick up the phone.


Dove and Twitter and their partners started the #SpeakBeautiful  campaign with the hope of initiating positive conversations in the web. In 2014, over 5 million negative tweets were sent by women. So that Sunday,  I made a note of all the positive and beautiful reminders that were said at the Academy Awards.


Here are a few of my favorites:


- Liam Neeson said of “American Sniper”: “The soldier’s battle is often fought when he returns home.”


- Shirley McLane said that the message of  “The Theory of Everything” is that the “truly greatest and enduring mystery of the universe is love.”


That sentence reminded me of a conversation I had with my youngest son, Josh, when he was 5:


- Dana Perry, one of the directors of “Crisis Hotline: Veterans Press 1”, winner of Best Documentary Short, said,  “We should talk about suicide out loud”. Perry disclosed that her own son committed suicide at 15.


- My heart melted and tears shed when country singer, Tim McGraw, performed a moving tribute as he sang the Oscar nominated song, “I’m Not Gonna Miss You” from the documentary “Glen Campbell: I’ll Be Me”. This was a serendipitous moment for me since I've been writing love notes for my family as a reminder for when I am no longer able to remember who I am and the people I love.


- “Glory” won Best Original Song for "Selma". The speech of Lonnie Lynn (aka Rapper Common) captivated the audience.  He said of the Edmund Pettus Bridge where Martin Luther King led his followers to confront racism in Selma, Alabama in the 1960s: "This bridge was once a landmark of a divided nation, but now is a symbol for change.  The spirit of this bridge transcends race, gender, religion, sexual orientation and social status. The spirit of this bridge was built on hope and welded with compassion and elevated by love for all human beings.”


- The movie  “Ida”, from Polland , won the Best Foreign Language Film.  Writer-director Pawel Pawlikowski, brushed aside the time limit as he continued his heartfelt gratitude.  “Life is full of surprises”, he said.  My husband teased me that I would probably have done the same when "Out of Status" won an Oscar.

- Lady Gaga, who resembled more like Barbara Streisand, sang a medley of the songs from the "Sound of Music", which celebrated it's 50th anniversary this year. She belted out every high note and reminded us that she definitely is a very talented singer.


- Seeing Ms. Julie Andrews on stage was a special treat. She came to stage to hug Lady Gaga. We shared an elevator with Ms. Andrews in Disney’s Beach Club about 10 years  ago. My children and I kept quiet because we didn't want to invade her privacy - and that was before smartphones. She's my family’s favorite actress.  We still sing the songs she sang at “Sound of Music” and "Mary Poppins “. With my own three sons who are passionate about music, I agree when she said, “Great music does more than enhance a film, it cements our memories in the film going experience.” (The Best Original Score went to Alexander Desplat for “The Grand Budapest Hotel”).


- Graham Moore won “Best Adapted Screenplay” for Imitation Game. But he won the hearts of many more when he revealed that he contemplated commiting suicide when he was 16 because he felt like he didn't belong. He reminded people to “Stay weird. Stay different and then when it's your turn and you are standing on this stage, please pass the same message along.”


- Mexican filmmaker, Alejandro Gonzalez Inarritu, the director of "Birdman" won for Best Director and Best Picture.  He delivered a timely speech that have resonated with immigrants.
He said, “I pray that my native country (Mexico) finds a government we deserve and that immigrants to the U.S. can be treated with the same dignity and the respect of the ones who came before and built this incredible immigrant nation.”

Interesting fact: The movie industry earned $600M last year. Amazingly, $400M was from one movie, "The American Sniper", which was nominated for six awards but only won one - the Best Sound Editing category.

For a complete list winners of the 87th Academy Awards, click HERE.
Full disclosure: At around 9PM, I switched channels and watched "Downton Abbey" on PBS where Mr. Carson reminded me that "We should always travel in hope."  ( I proceeded to watch the Oscars after Downton Abbey)

Smile. You are Beautiful. 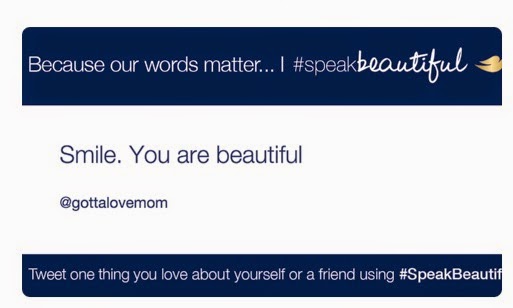 This article was also published at theFilAm.net: A few of my favorite things at the Oscars