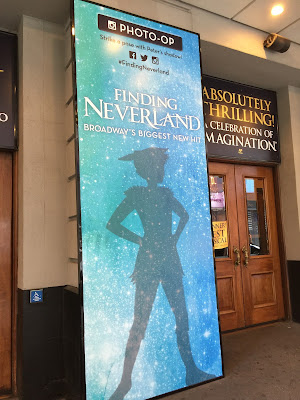 Today started hectic - when is it not? I rushed to get the little guy ready for school and drove hubby to the train station.  I got my hair trimmed while my other son got his Cat Scan. Rushed home and made my son an IsaLean shake for breakfast before we both headed to NY - him to a convention at Javits Center and me? I was meeting my sister at Times Square. We got tickets to see Matthew Morrison and Kelsey Grammer in "Finding Neverland". 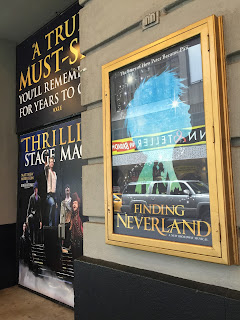 "The reason birds can fly and we can't is simply because they have perfect faith, for to have faith is to have wings."  - J.M. Barrie, Finding Neverland

The Lunt-Fontane Theatre was packed with boys and girls of all ages. 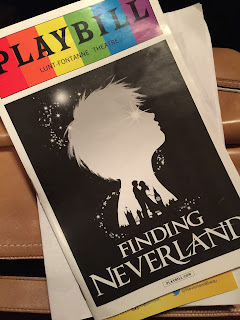 I had a feeling it’s going to be a fine day when the older woman in the theatre told me, "Hi girl, just wanna let you know that I'm just lending you my body - and I want it back."

Of course I blushed and thanked her numerous times for the compliments. 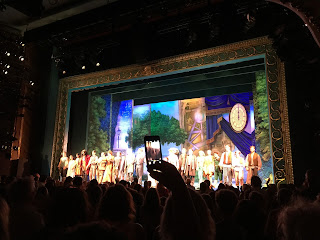 The audience applauded loudly as the bright light (synonymous to that of Tinkerbell's ) traveled in the center stage of the theater. I guess we all believe in fairies.

I laughed, cheered and cried as the actors reminded me of not giving up on my dreams, to "work hard" for what I'm passionate about and ---my Dad who will always be on every page of my imagination. 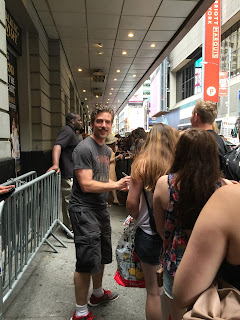 (The actor who played the "dog")

The actors and actresses all stood out in their own way. The boys who played the Llewelyn-Davies brothers were all adorable. They were even more adorable after the show when they came out and signed autographs and posed for photographs.

Laura Michelle Kelly (Sylvia, the mother of the boys) and Carolee Carmello (Mrs.Du Mauier, Sylvia's mom) were magnificent - they lit up the stage - and touched your maternal heart at the right moment. 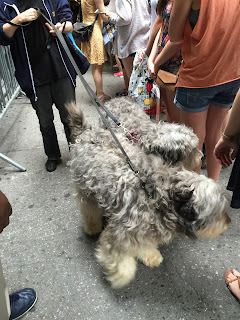 (Can you believe these adorable dogs are on Broadway?)

Kelsey Grammer (Charles Frohman/Capt Hook) was the celebrity that he is. He is after all Frasier from the television show, "Cheers!". He was amusing as Charles Frohman or as Captain Hook in Barrie's imagination.

Matthew Morrison owned the stage. He portrayed sensitivity as a grown-up and the playfulness of a child.  His presence on stage got the audience to focus - maybe because of his good looks and energy which reminded you that he was "Mr. Glee" after all!  He's a grown-up playing like a child on stage which reminded me that "the world is so mysterious and wild when you see it through the eyes of a child."

I was hoping to come out of the play singing songs from the play - but there was not one memorable tune. However, that didn't stop me from enjoying the play.

The stage production was so magical that it revived the child in me. I felt like rushing home and gather the linens and act out the ship-at-sea scene with my children.

A commotion occurred during intermission. Apparently, there was a famous soccer player in the audience. The children all rushed to get his autograph.  It took awhile before the ushers led the children back to their seats.

The final act brought tears to most of the women in the audience - mostly the mothers, the aunts and the sisters.

After the play, boys and girls all lined up waiting for the actors and actresses.

My sister and I were waiting to meet with my hubby and son for an impromptu dinner at Virgil's when the talented Matthew Morrison who played the lead character, J.M. Barrie, came out of the theater to sign autographs. 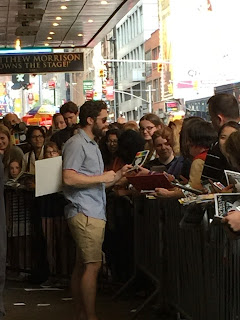 And there I was standing across from him and before I knew it I asked if he'd pose for a photo. I loved him in the TV show "Glee" . 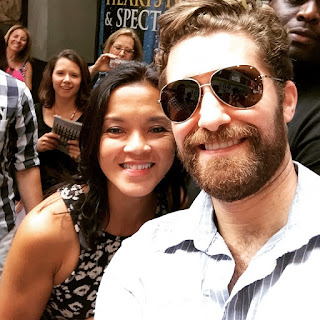 I didn't know how to take a selfie so he took my iPhone and snapped a selfie with me. 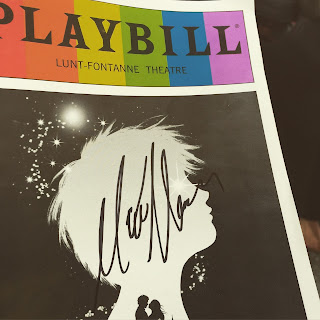 and signed my PlayBill.


Here are some more photos from my adventures in New York. 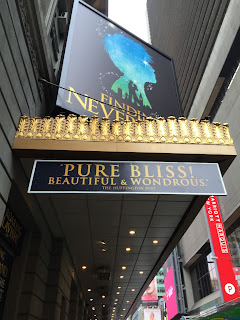 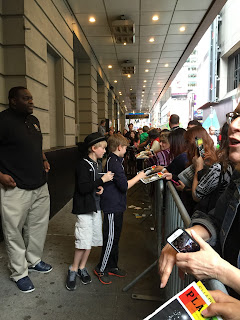 The adorable and talented child actors. 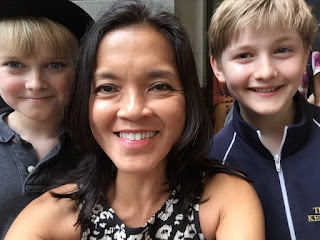 I finally figured out a way to take a selfie with the actors who played Michael and Peter. 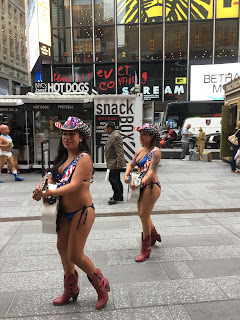 And only in New York will you get to see the Naked Cowgirls in Times Square! 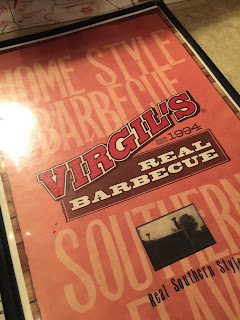 Ended the evening with family dinner at Virgil's.