A friend told me I was "broken"

“Friends are the family you get to choose” 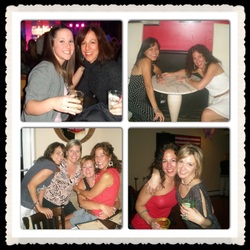 It’s interesting that coaching sessions on friendships have been showing up for me lately along with blogs and conversations on the topic.

You see, at the beginning of 2013, one of my intentions was to surround myself with women who are supportive, loving, kind and who are willing to put forth the effort to build beautiful friendships.

And it’s happening, with effort from both parties.

Like any relationship, friendships require work towards growth – at least the good ones do.

Recently I had a session where a client reminded me of my own growth in the friendship department.  She was getting all up in her head that a good friend had become distant and she didn’t know why.  She made up scenarios that were VERY creative and VERY untrue. Which she later discovered.

In this session, my own friendship buttons were pushed.

A few years ago I lost a friendship of 20+ years.  Sad but true.  Very similar scenario as my client’s, except I confronted the situation.

My friend, whom I spoke with almost every day, stopped calling.  Knowing that she was going through some  “stuff”, I gave her the space I thought she needed.  After a few weeks of not hearing from her, I called and simply asked her “how come you’ve been so distant?”  Her response: “it’s just that you’re broken and I have a lot of good things going on in my life”.  Her voice echoed in my head. BROKEN, BROKEN, BROKEN. Indeed I was broken, I had just lost my mother.

In time I forgave her, I did. And we got on with our friendship. People say things they don’t mean all the time, I thought.  Friends have forgiven me. Two years later she pulled the same stunt in different clothing. Being less than thrilled at how this friend was once again behaving towards me, I made minimal attempts to communicate and the friendship faded to nothing.

Don’t worry; the Universe planted some pretty beautiful new friends in my life after that.  The Universe always compensates.

Back to my client.

The point is, that scenarios like the one I encountered will probably happen more than once in friendships.  It is up to you to decide “do I want to make up a story about what I think is going on with my friend?” or “do I want to communicate and clarify what’s really going on?”

To help you decide here are some questions you can ask yourself:

How true is the story I’m making up in my head about what MAY BE going on with my friend?

Guaranteed it’s not!  Unless you have a crystal ball, you CANNOT POSSIBLY know what is going on in that person’s world (mind).

What do I have to lose by asking, “what’s going on”?

NOTHING.  And it’s really not a difficult conversation.  We make it like it is because we’re afraid we’ll hear the worst or be rejected. Sure no one likes rejection but so what?  I heard the worst and I’m still standing.   And let me tell you, not knowing and ruminating in your head is WAY MORE of an emotional energy drain than having the conversation and clarifying the situation.  Make a call, set up a coffee date, say I miss you, ask what’s wrong?  It doesn’t have to be a torturous conversation. No need for drama, just ASK!

Is our friendship worth having the conversation?

Only you can answer this one.  But be careful not to excuse it with a “nah, not worth it” just ‘cause you’re afraid to confront the situation.

Personally, most of my friends have been around for a long time and I like it this way. With time, love, patience and good communication (from both sides) we’ve created friendships that feel like family.  So I tend to opt for having the conversation so that we can move past whatever the issue is and continue to grow the friendship.

As it turns out, my client had the conversation with her friend, got the truth and feels much better about the friendship and herself for having had to courage to confront a situation that was making her feel sad, all because of assumptions. Rather than her norm of sweeping it under the rug hoping it would magically solve itself, she dealt with it and all is right with the world again!

Not all friendships are meant to last forever.

Maybe you’ll attempt to have the conversation with a friend who’s putting you off and encounter resistance from this friend - usually in the form of excuses.  If you gave it your all, let it go.  Some friendships simply pass by to teach us, heal us and help us grow.

What you focus on grows.

So, focus your energy on the friends that are willing to do their share to grow with you not apart from you. 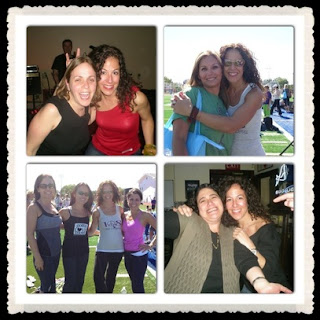 Sonia Lopez Simpson – CPC, ELI-MP is a Certified Life & Transition Coach and a domestic engineer.  Sonia is passionate about living life to the fullest and works with clients to help them do the same!  Sonia specializes in working with moms who’ve lost their sense of self and their identity after taking care of everyone else. She helps moms answer the question: “who are you in addition to a mom?” Sonia believes it’s never too late to get your “mama mojo” back! For more on Sonia, go to
www.sonialopezcoaching.com