Fatherhood: Is it a blessing or a burden?

For some men the prospect of fatherhood is a blessing. For others it is a burden. I was on the burden team. Some men have a drive to pass on their genes. I do not have this drive (especially since some of my genes are questionable). 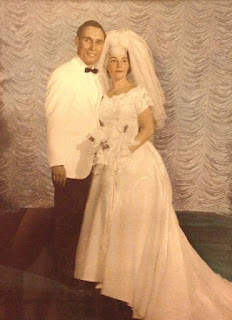 I married the cutest, most intriguing, most desirable girl I had ever met and I loved her unreservedly.  I was willing to give her anything she desired within my power. What she wanted was children , so I agreed. The conception process was nothing but fun, games and pleasure. The outcome, a boy and girl, was something else again.

To many people in this world  babies are cute and adorable. To me, any human creature, big or small, that goes to the toilet in their pants, has disgusting table manners and spits up its stomach contents at any given moment, is far from cute and adorable. I am not a baby person!

We had the Girl and then the Boy, and my life took a radical change. Where before my beloved wife’s affection shone on me like a spotlight, now it had dimmed to a small light bulb on the way to becoming a flickering candle because the children absorbed most of her energy and patience. To add insult to injury, the boy and the girl robbed me of precious sleep at night with their incessant demands. Fatherhood, at this point, did not look like a great bargain.


A couple of years passed by and a miraculous event occurred. What had previously been uncommunicative little bundles of tissue metamorphosed into speaking, thinking little persons. The Girl became M. and the Boy became C. and I became Dad who did things with them. I taught them to ride bicycles, helped them with their homework and gave them counseling on various matters(some of which they listened to). I read them stories, took them to zoos, explained the animals, and took them to some horror movies so that they could experience terror. We all found it very rewarding except my wife who felt that I was warping their future psyches. Fatherhood was starting to look up.


As the years went by we had family vacations, spent some summers away in rented cottages in the mountains and had wonderful times as a family unit. Along the way I realized that my enjoyment of the children’s company had turned to a genuine feeling of LOVE!!! and I realized that I had become the All-American Dad (and it felt good).

The kids are now out and on their own, but thankfully  they live nearby and we are part of each others lives on a steady basis and continue to savor each others company.

So, in conclusion, I have to say that Fatherhood has been very good to me. It remains a gamble for others, but one worth taking. However I still don’t like babies! 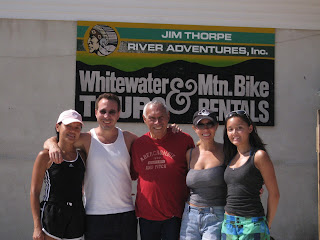 (Al with his family)

#This month, Al and Roz will be celebrating their 50th wedding anniversary. They have 4 grandchildren.

Al, or Dad as I call him, spends plenty of time taking his grandchildren swimming, frog hunting, driving lessons, hiking, white water rafting, roller coaster rides and much more! He has no shortage of love, laughter, humor and thoughtfulness for his children and grandchildren.