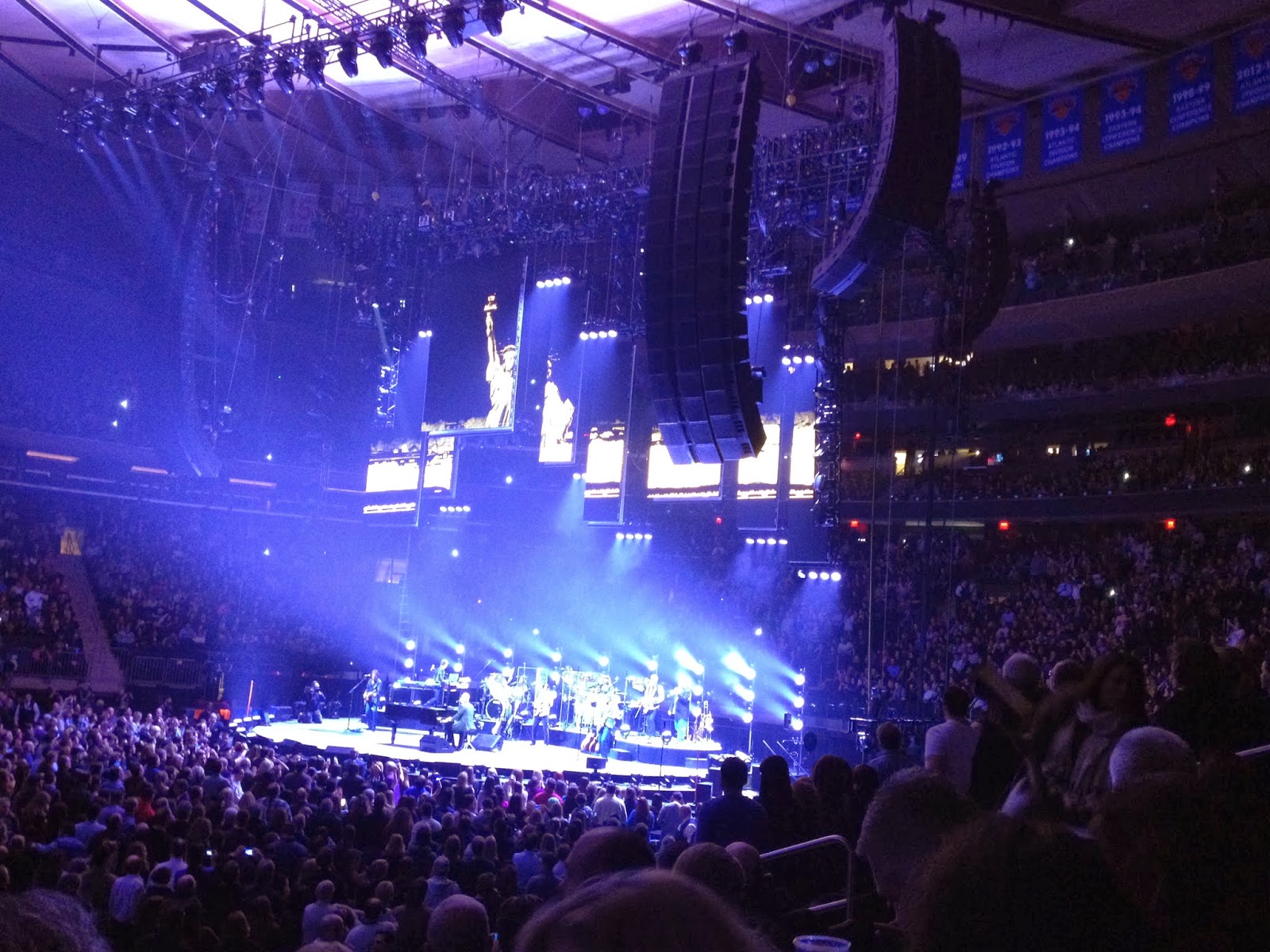 
My third child, Jonathon, is our Piano Man.


Almost 9 years ago, after thousands of hours of practice, Jonathon, who was 10 at that time,  took the stage at one of the talent shows at his Middle School, and for the next five minutes captivated the audience with a powerhouse rendition of Billy Joel’s classic “Piano Man”. He sang and at times played the trademark harmonica fills while playing the keys. The crowd gave him a rousing standing O. And I was in tears  -- from joy and pride.

When asked about that night, my son commented,


“It was the greatest five minutes of my life. I was in shock, and it’s hard to describe what it is about the experience that makes it so incredible. It’s not just the rush, but more about the deep connection with the audience. It just felt very liberating, like when I’m performing, that’s when I am most connected with the music. I knew I wanted to spend my life doing this.”

Ever since then, we've been trying to get a hold of Billy Joel concert tickets. So in October when we found out that Billy Joel is playing at the Garden, we knew we had to bring our son to see him. It's a big purchase, a long overdue Chanukah and Christmas present.


Anyway, so on day the tickets went on sale, my husband logged into TicketMaster. After a few hours of frustration, and with our daughter's Chase Card, my husband was able to purchase 5 Billy Joel concert tickets at on January 27th. ( Note to self: Get a Citibank Visa Card to get access to advance sales )


My husband, sister-in-law, Jonathon and I were very excited. We braved the below freezing temperature in the City, and the challenges with the NJ Transit train schedule. We had an extra ticket to donate (Floor section, row E). Jonathon, who studies at Columbia University, sent a group message to his friends. Luckily, one of his closest friends was available -- and in minutes, Jonathon's friend was at Penn Station in NY. Another happy kid!

We had dinner at Brother Jimmy's BBQ on (scrumptious BBQ!).  Billy Joel's greatest hits were blasting on the speakers, an indication that 90% of their customers that night were headed to see "The Piano Man" at the Garden. 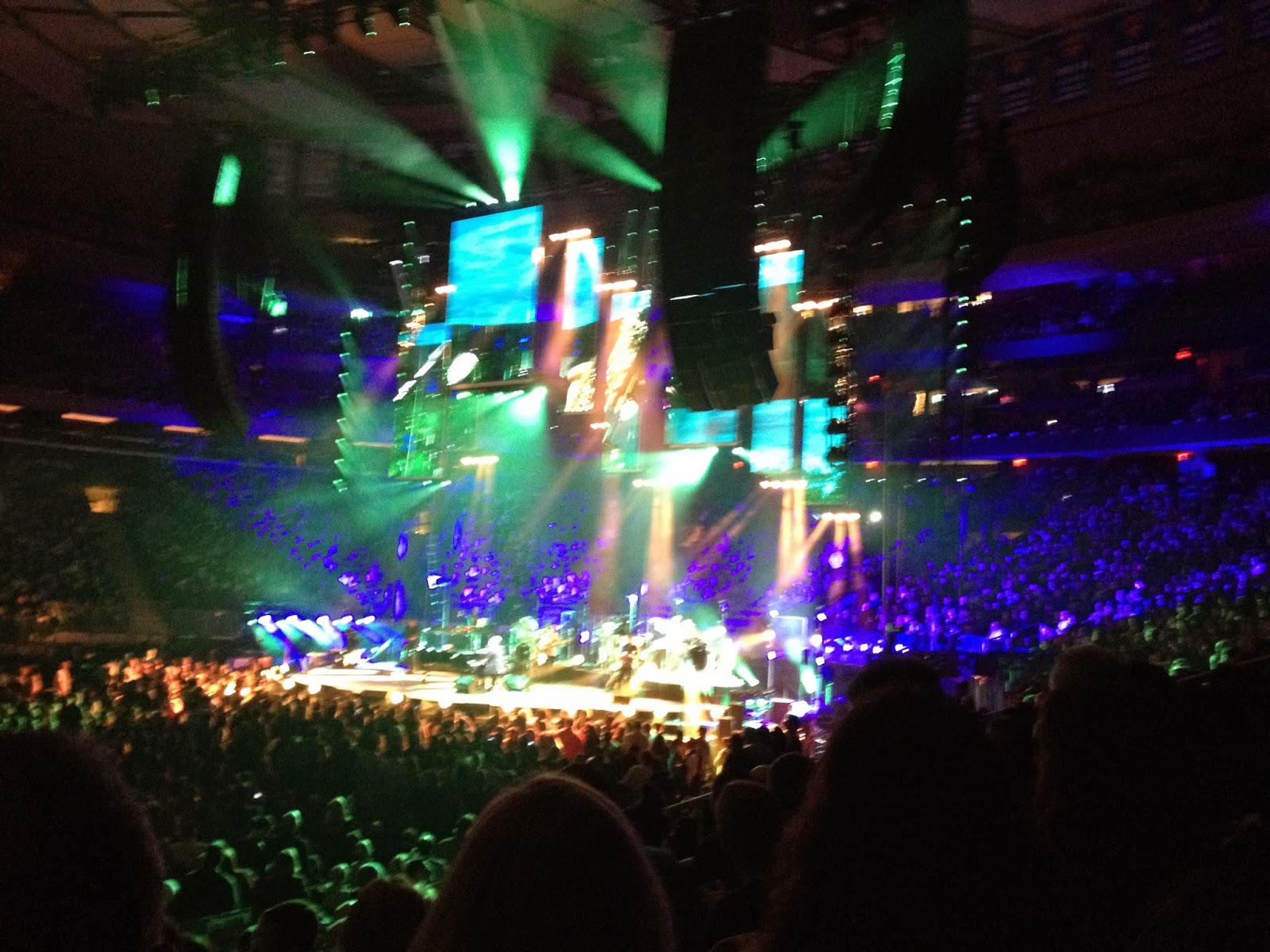 The crowd, composed of 4 generations,  did the wave while waiting for Billy Joel and his band to perform. But as soon as Billy Joel appeared on stage, the crowd jumped and screamed. The Garden was overwhelmed with pure joy.

I saw my son's reaction. I couldn't help but hug him tight because the moment Billy Joel stepped on stage, Jonathon eyes twinkled with amazement and awe just to be in the same room with the musician that had inspired him as a kid. It was more magical that the numerous Disney trips we were blessed to experience. We couldn't believe how lucky we were to be able to witness a very talented musician.

Billy Joel opened with "Miami 2017: Seen The Lights Go Out On Broadway". The crowd sang along and applauded every song, he played one great hit after another,  and was referencing the album and the year before every song. The crowd knew what song he was going to sing just by a single piano note, the album title and the year - it's like being in "Name That Tune!"
﻿ 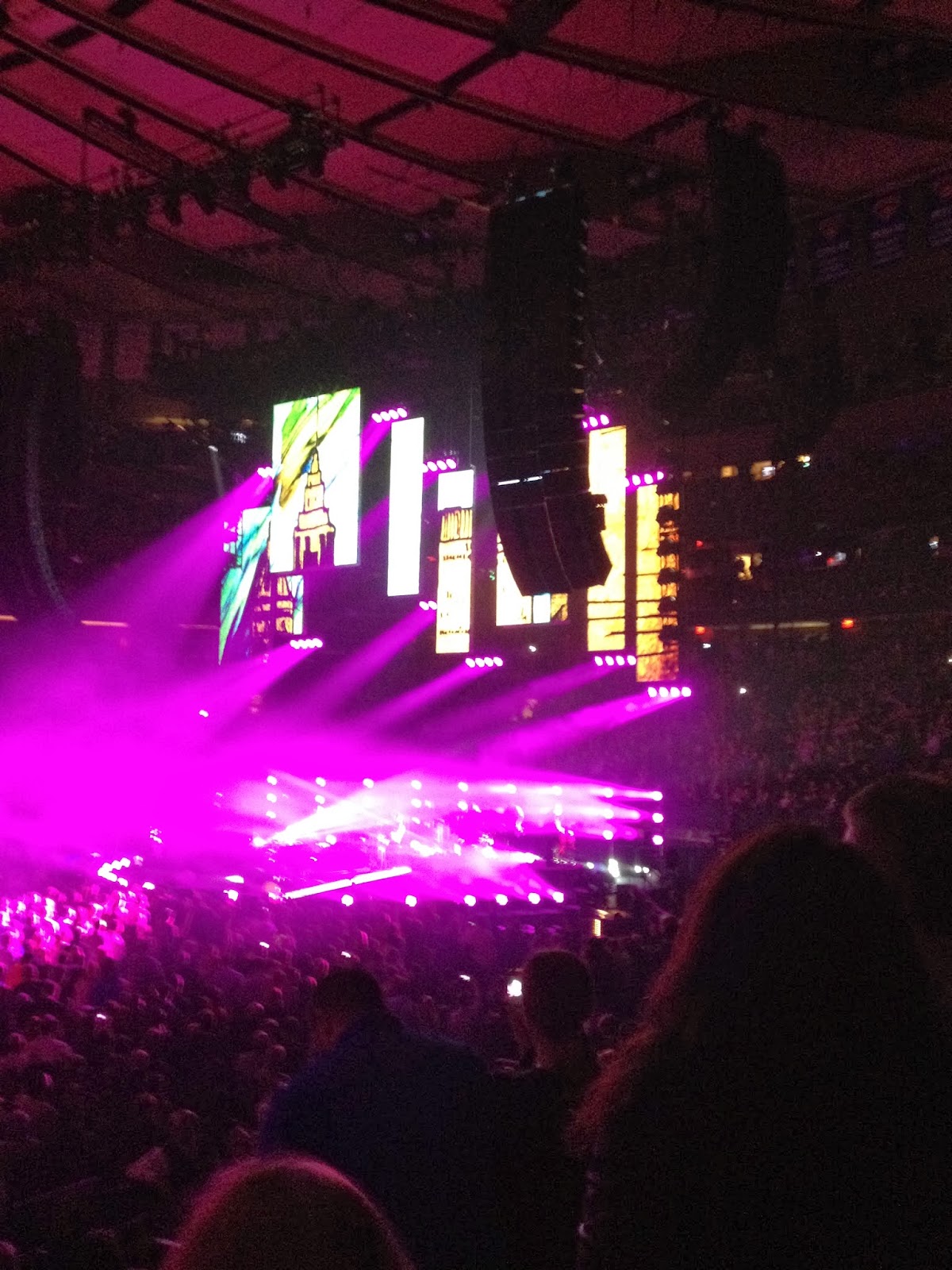 The crowd cheered, sang along and danced as Billy Joel played his greatest hits such as "Summer, " , "For The Longest Time",  "Everybody Loves You Now", "Movin' Out (Anthony's Song)", "", and "Scenes from the Italian Restaurant"

"Blonde Over Blue"  was the one song I didn't recognize.


Every man/woman held on to his/her loved one tighter as Billy Joel sang "She's Always a Woman To Me".

Billy Joel engaged the crowd as he marveled at the new technology like seeing his image in one of the big screens. He mentioned that he looked so much like his father -- and all the while he thought he was going to grow older looking like Cary Grant.

When he performed "The Piano Man", the crowd knew that Billy Joel will just accompany his fans as the fans sang most of the verses to his trademark song. It was a tradition I hoped to continue for generations. I'm not sure if Billy Joel gets tired of singing that song, but that song will always be the national anthem of his fans. Singing along to that song with Billy Joel's hands on the piano keys and occasional harmonica fills was like a Mega Karaoke night.

And then he said his Thank You's and Good-Bye's and the deafening cheers echoed for minutes inside the halls of MSG and continued on until Billy Joel returned for his encore performance.


For his encore performance after "The Piano Man", I thought he was going to sing only a couple of songs. It was to the delight of his fans that he performed 5 or more songs.

This concert was just my 5th concert ( Fleetwood Mac, Bruce Springsteen and Justin Timerlake at Izod Theatre and Prince at MSG). Needless to say, it was the best one -- maybe because I'm a huge fan. Billy Joel didn't rely on big dance numbers or techno lights, he bet on his old time hits and performed for the crowd. He sang the songs I wanted to hear and seeing my son's reaction was priceless.

I don't know WHEN Jonathon will meet Billy Joel in person, but that night was a night we will always remember and cherish -- even to those who were futzing around with their Smartphones.


I can't wait to check to see if there are affordable tickets at StubHub for another chance to watch Billy Joel at MSG. I would love to see the reaction from my loved ones when they get to witness Billy Joel at the Garden.


"So we'll argue and we'll compromise
And realize that nothing's ever changed
For all our mutual experience
Our separate conclusions are the same
Now we are forced to recognize our inhumanity
Our reason coexists with our insanity
But we choose between reality and madness
It's either sadness or euphoria"
~ Billy Joel, Summer Highland Falls