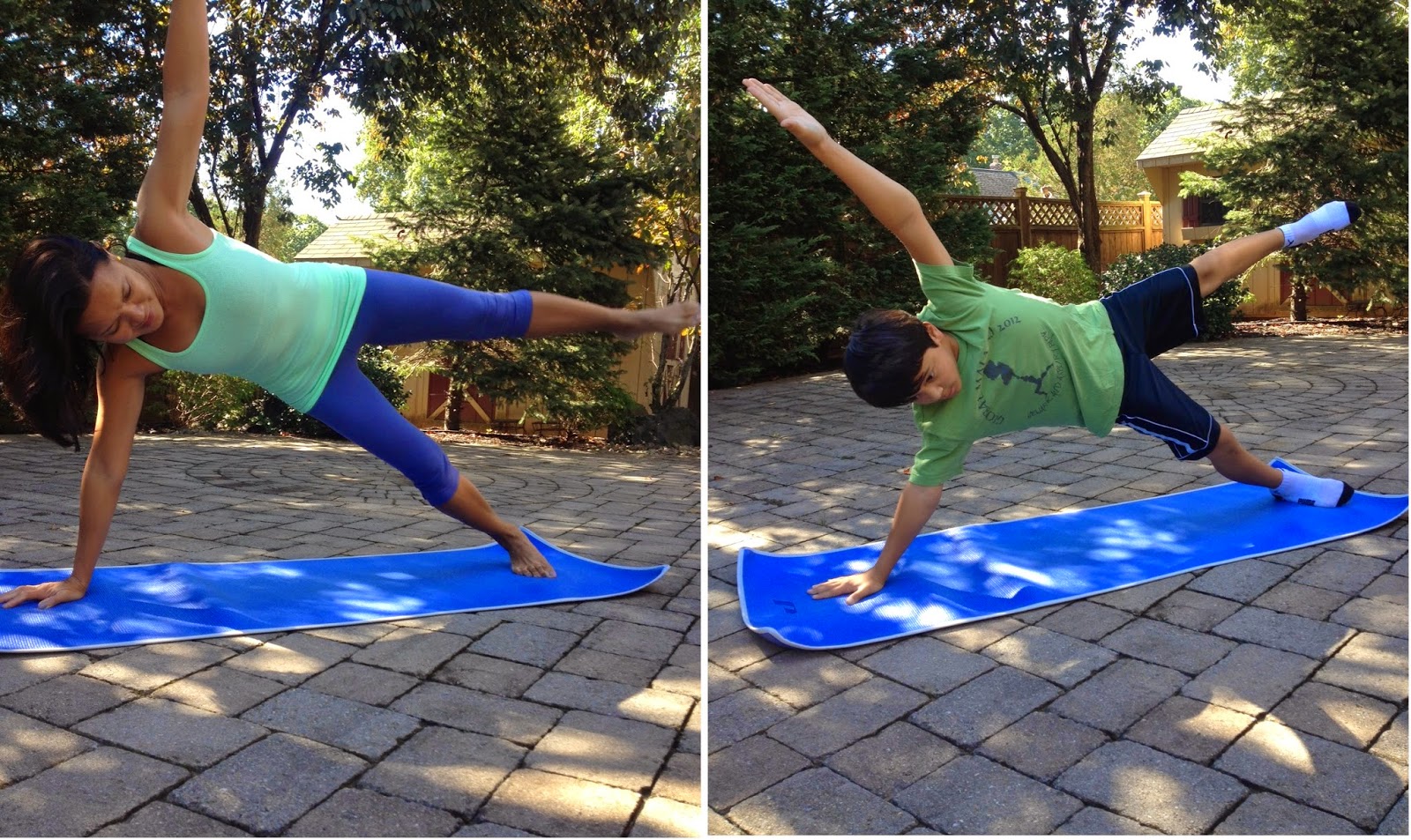 Kind of  a silly title, but recently, that seemed to be my goal.

There were times I wished video games weren't invented. Don't get me wrong, I, too, benefited from having my kid played video games. He learned a few techniques, some I wished he never discovered.
The past few days had been challenging in terms of finding something to do that we both enjoyed.
Earlier this week, I drove him and his friends to the skateboard park. He was concerned at first that I would be worried that him and his friends would get hurt that he suggested that I just drop them off and come back.

Of course, that would never happen. I stayed at the parking lot looking over them while they skateboarded. I experienced a few pins and needles as they fell off their boards, but I tried not to make a scene -- I didn't want my son to revoke my invitation to sort of hang-out with him.
Today, we were supposed to head to the City, but I just found out that my 13 year-old son didn't like going to the City.  Of course, I was devastated because I love being in the City.

"That's why I stopped going for auditions," my son added in his deep voice.

Hmm. I didn't know that. I thought he enjoyed going to the Museums and running around Central Park or Times Square.

So, knowing that we both like to exercise, I suggested that we go out for a run.

"OK, I'll go for a run with you. But we have to start early." my son replied.

"What time is early?" I asked.

"That's not early at all. But that's fine. I'll wake you up and we can run 1 mile around the block." I replied.

And so this morning I woke him up earlier than usual, did a few stretching exercises.

..and then we prepared to run.

He insisted on a different route, and so I obliged.

We set the Nike+ Running app on my iPhone.

It wasn't until we hit the .25 miles marker on the Nike+ app that we started to warm up. We exchanged a few pleasantries while running, debated as to what path was more uphill, and learned that the left cul-de-sac is longer than the right cul-de-sac.

As soon as the app registered 1 mile, we both stopped.

For memory's sake, I asked him to take one photo of the two of us. And just like any 13 year old, he snapped tens of photos. ( Just a note: my son does not have a smart phone, no matter how he kept mentioning that EVERYONE in his class owns a smartphone) 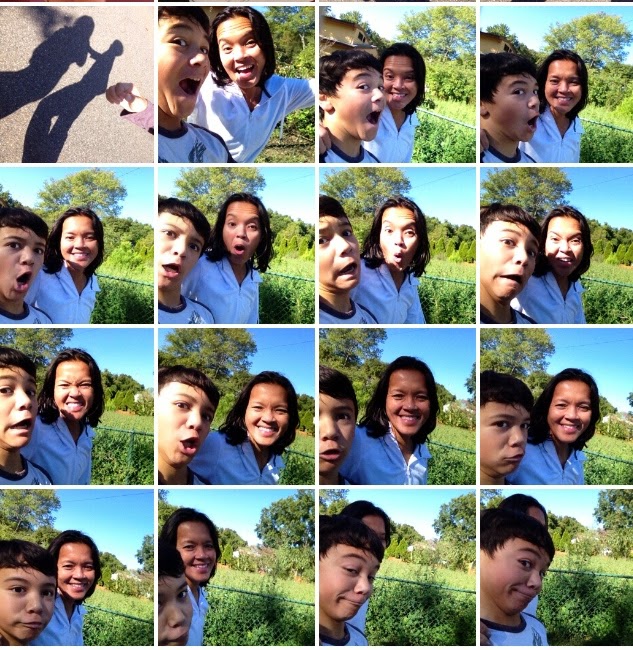 Moments like these are reminders on why no matter how sad I can be deep inside, these moments are my heaven on earth. It's a reminder that I should take what I can get - and make time NOW and not later.

I reminded my son to re-start his daily journal - which he resisted at first.  I nicely nagged him to just answer a few questions everyday:
He agreed, only after I agreed to make him French Toast for lunch.

When we got back to the house, I planted a few perennials. Gardening is something I learned from my Mom and Dad. There's something calming about planting, and being with nature. It was time set aside for me to reflect on things I can be thankful for. 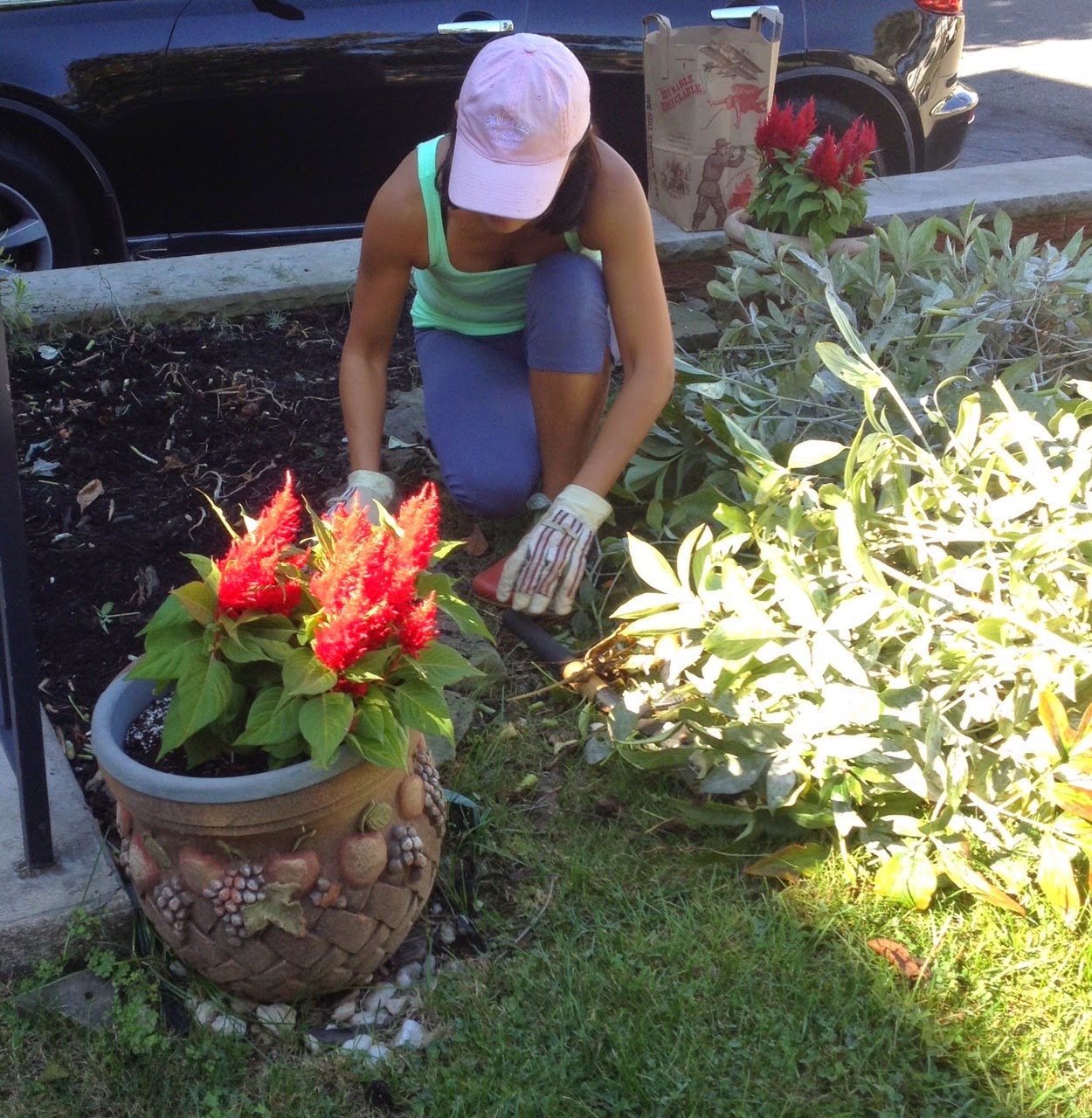 Something I learned this week: At the end of the day, what matters most is that you made someone smile.

Have wonderful weekend and to all my Jewish family wishing you all a Happy New Year! 'L’Shana Tovah.

PS: My son resisted taking photographs but I told him that I needed these photographs to remind me of every wonderful memories we had here on earth. There'll be a time when my mind can no longer remember the details of the times we spent, but hopefully reading and seeing these will serve as a reminder of the happy times we enjoyed together.