A Glimpse of Downtown and Uptown New York 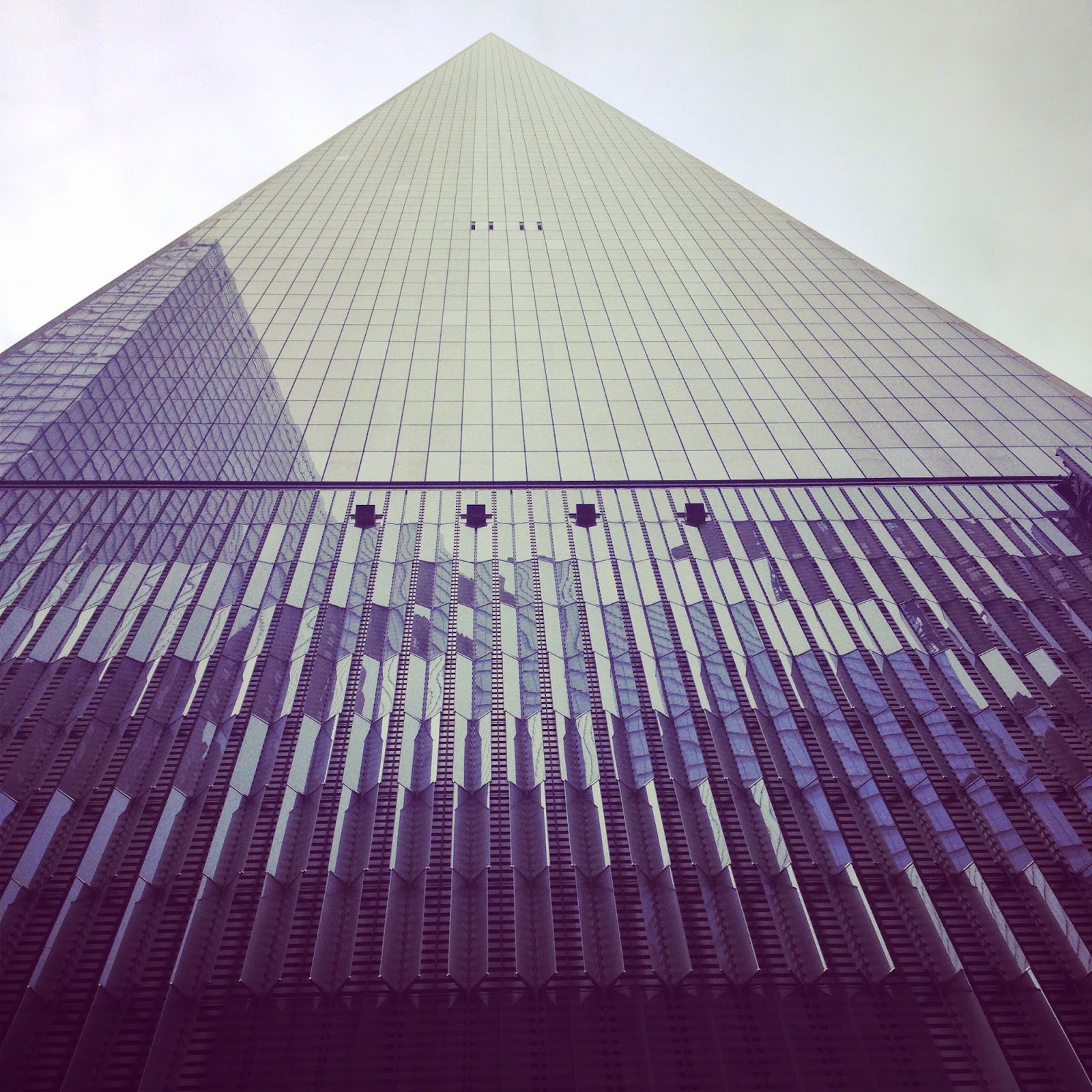 When people think of America, the first thing that comes to mind is New York City.

Interestingly, when my train arrived at Penn Station New York, I was amazed at how many languages were spoken.  I passed 5 groups of people and none of them spoke English.

It's the proof of the notion that New York City is America's melting pot.

It was a beautiful autumn day when my husband and I decided to spend a day in New York. The City will always hold a special place in my heart because it's where we met and made our relationship official.

We were excited to visit the World Trade District and witness the developments made to the Freedom Tower. News of the first tenants moving into the newly built One World Trade Center, 13 years after the September 11 attacks, gave us a little sense of pride and inspiration. Is the city ready to move forward? 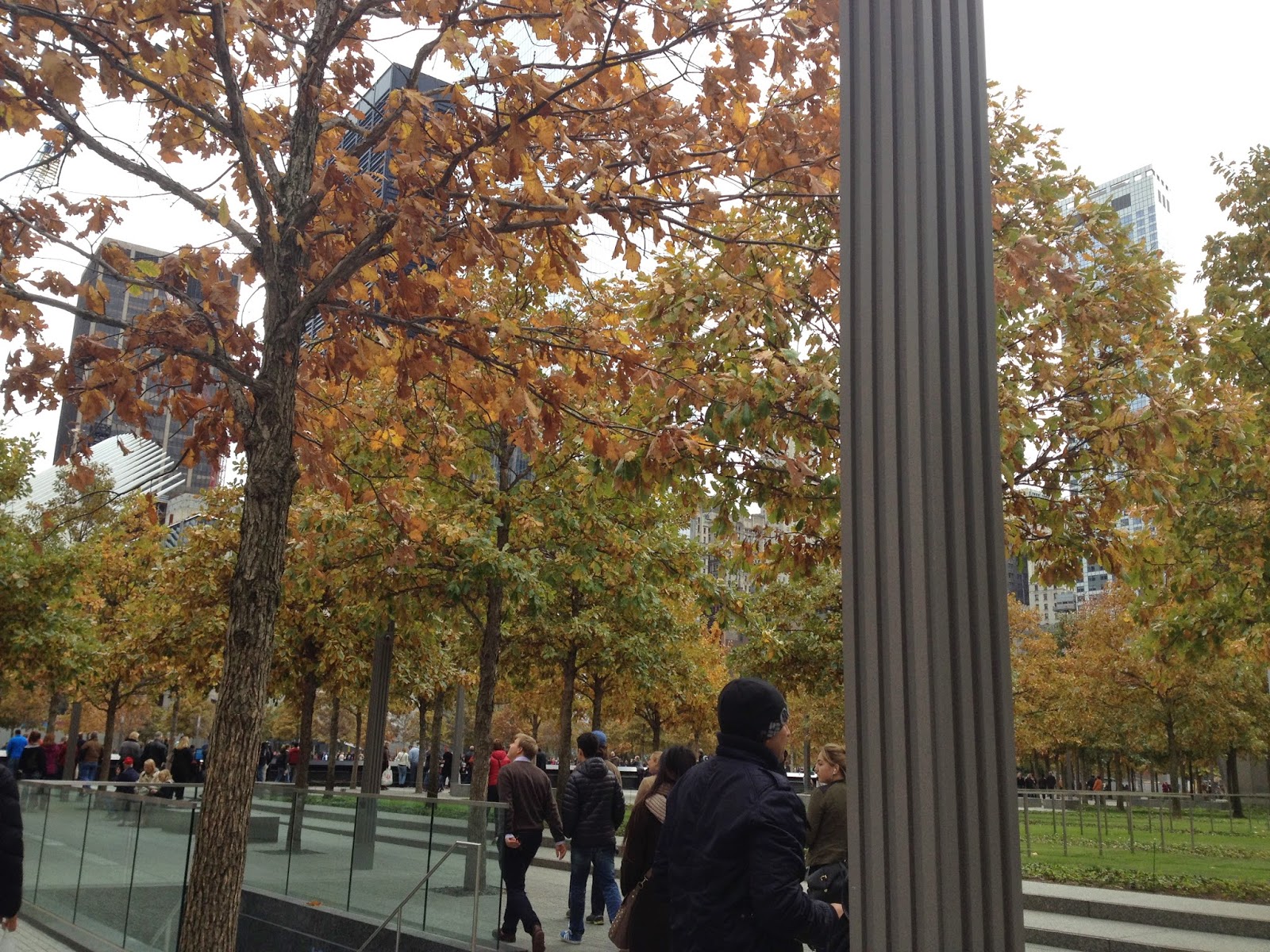 The Memorial was open to the public and there was no barricade or waiting in line to enter. However, we postponed visiting the 9-11 Memorial Museum until the Spring when we bring the entire family with us (plus, there was a long line to get in)
Being in the Memorial, I couldn't help remember what it was like on 9/11/2001. I felt for the families who lost their loved ones on that day and to those who suffered months and years after that. Generations who witnessed the Attack on Pearl Harbor probably felt the same way. Uncontrollable tears travelled down my cold cheeks, my heart felt squeezed by a heavy press machine, and the tragic images and memories of 9-11 resurfaced from my brain. To compose myself, I tightly held on to my husband, breathed deeply, felt the rosary ring in my pocket and paused to say a prayer for peace and understanding. 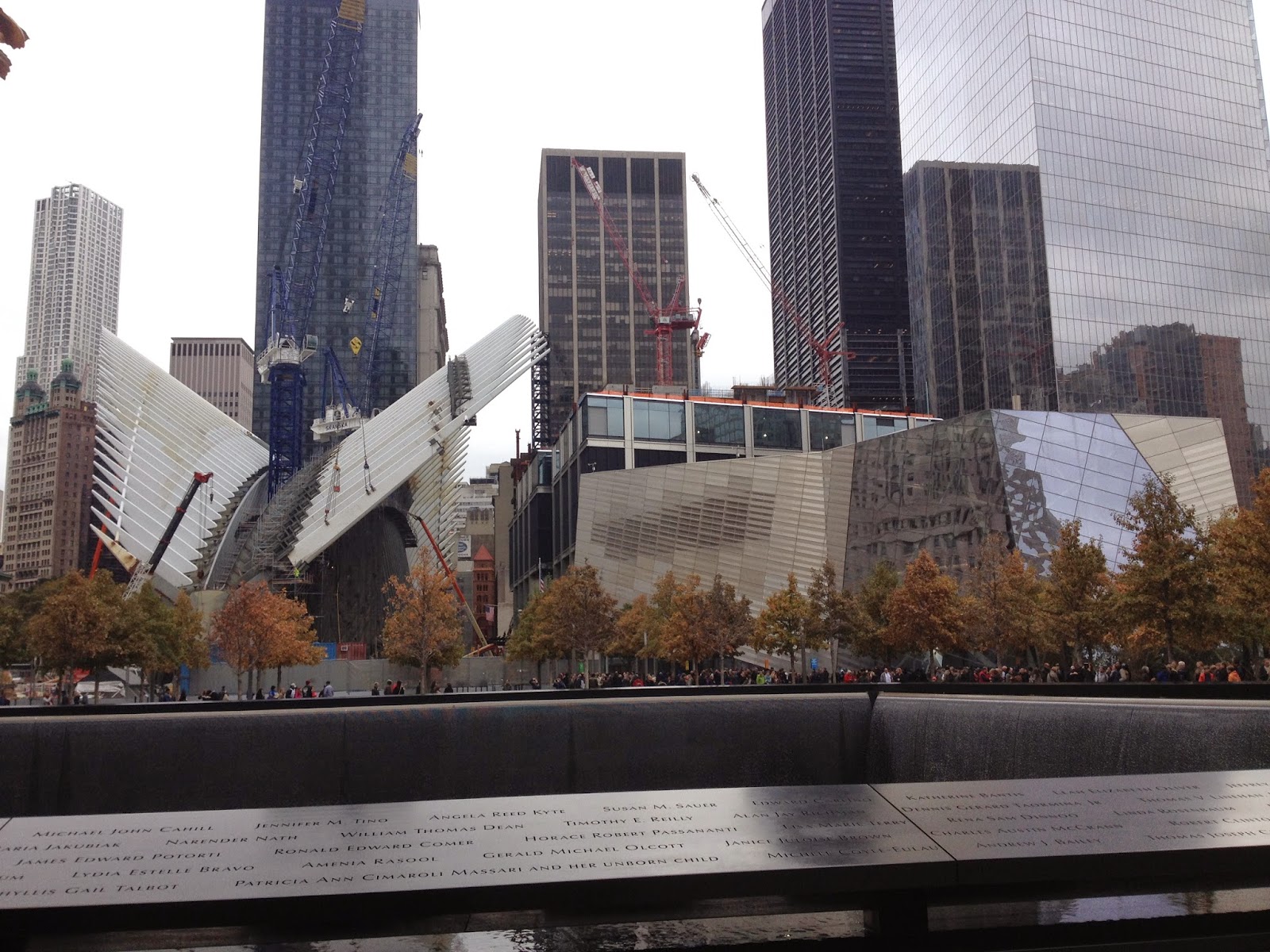 Do you notice that white dinosaur-wing-like structure?

That "thing" is going to be the NYC Transit Hub.

"Why have that kind of architecture in the middle of downtown New York?"

What's the purpose of those wings?

When will it get done?

When we walked closer, I skimmed the blueprints and was elated to the possibility of a modern and hip subway train station populated with stores and restaurants. Another place to explore once it's completed, I thought.﻿ 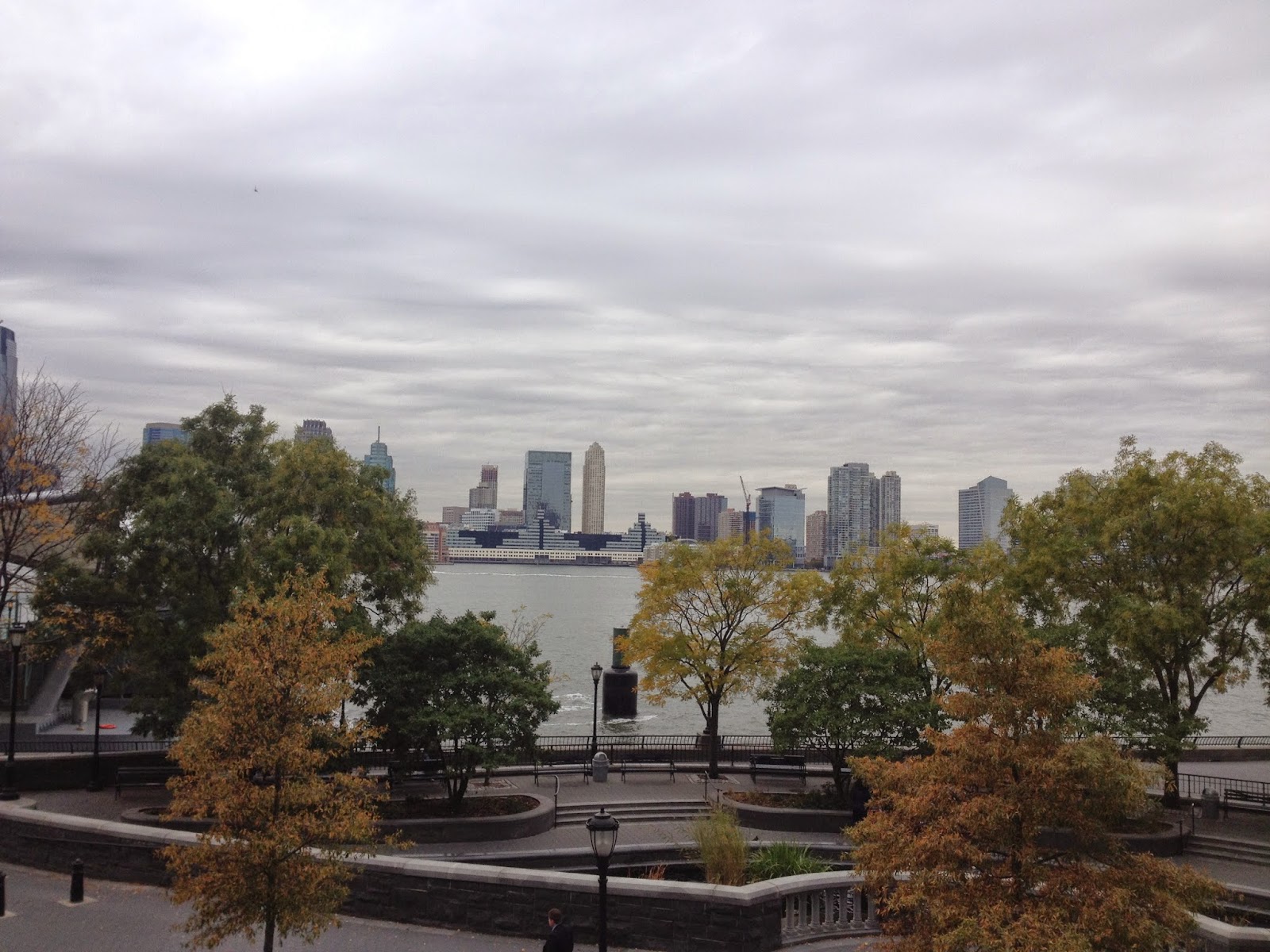 We then walked towards Battery Park City Ferry Terminal.

I really love being in this part of town. It's not as congested as being at Penn Station. I imagined myself sitting on one of the benches, reading a book, and appreciating the view of the Manhattan and the Statue of Liberty. I also learned that it's a floating terminal.

One of the perks of being married to my husband was that he's born and raised in New York and he happens to love to read and learn about the history of any place. I'd be browsing while he'd be reading every words and captions. Lucky for me, he's my lovable Wikipedia. 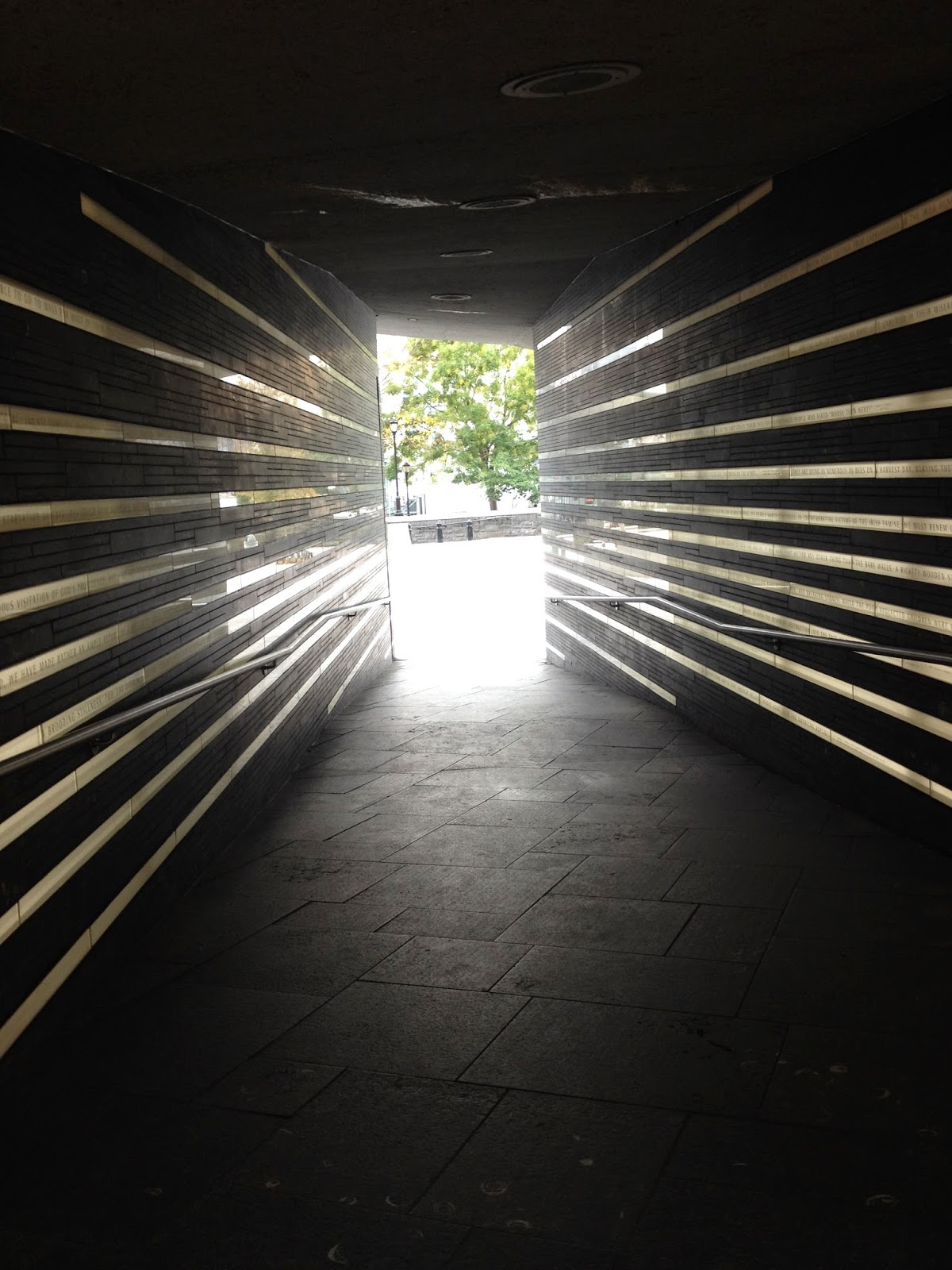 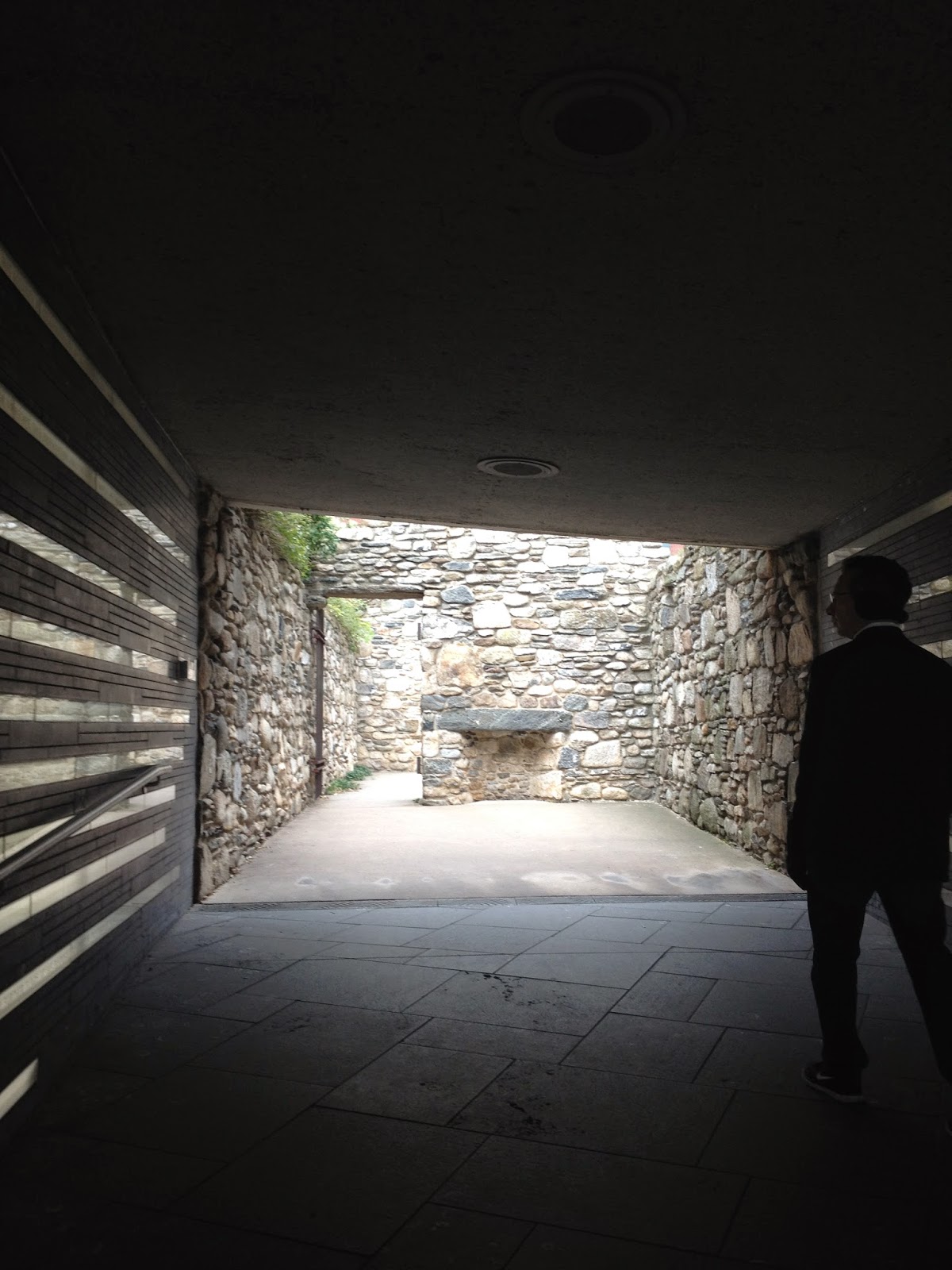 Passages written on the wall were sad accounts of what famine was like. I heard someone said, "Famine is not about the lack of food. Famine is the absence of food." 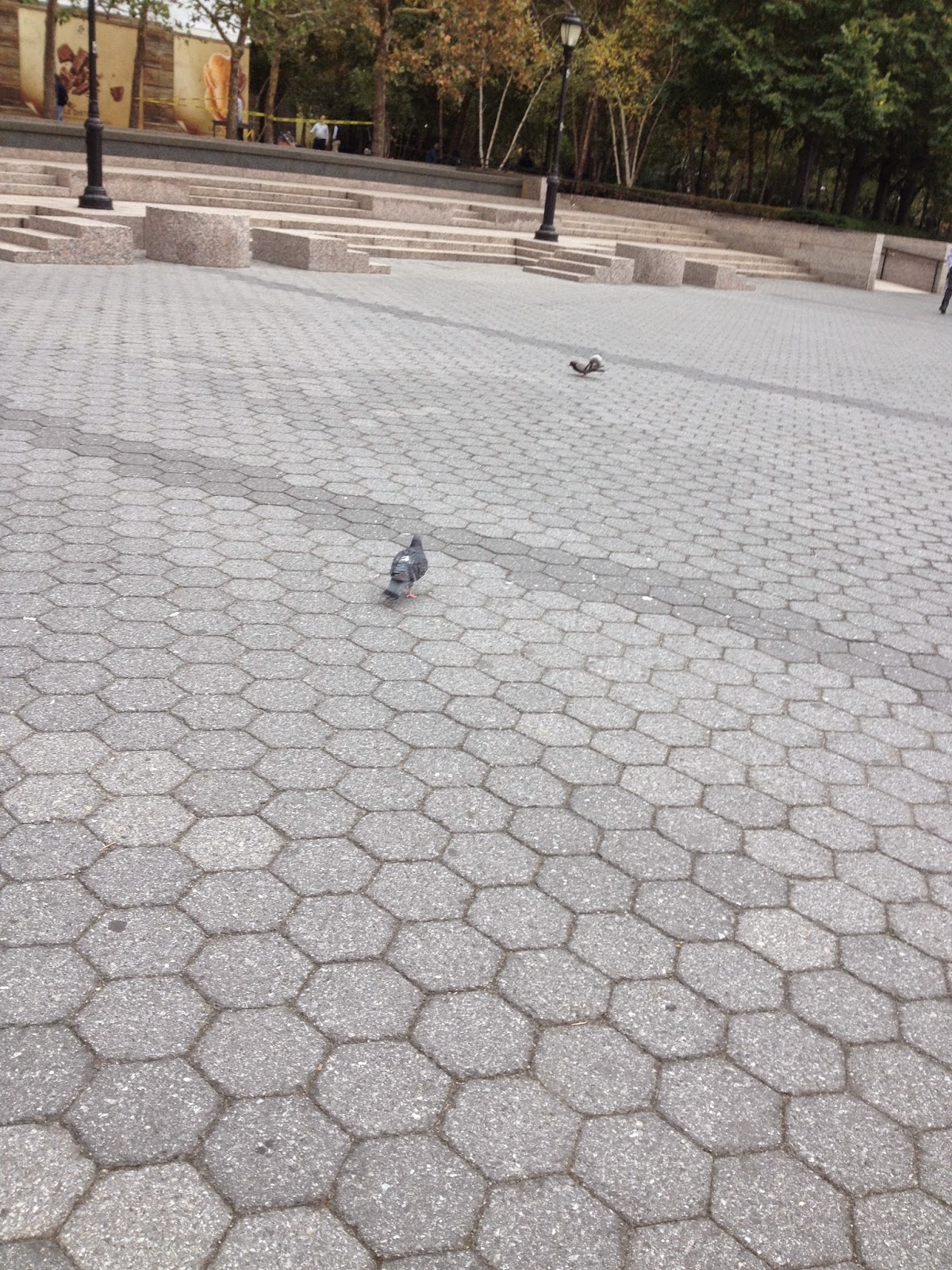 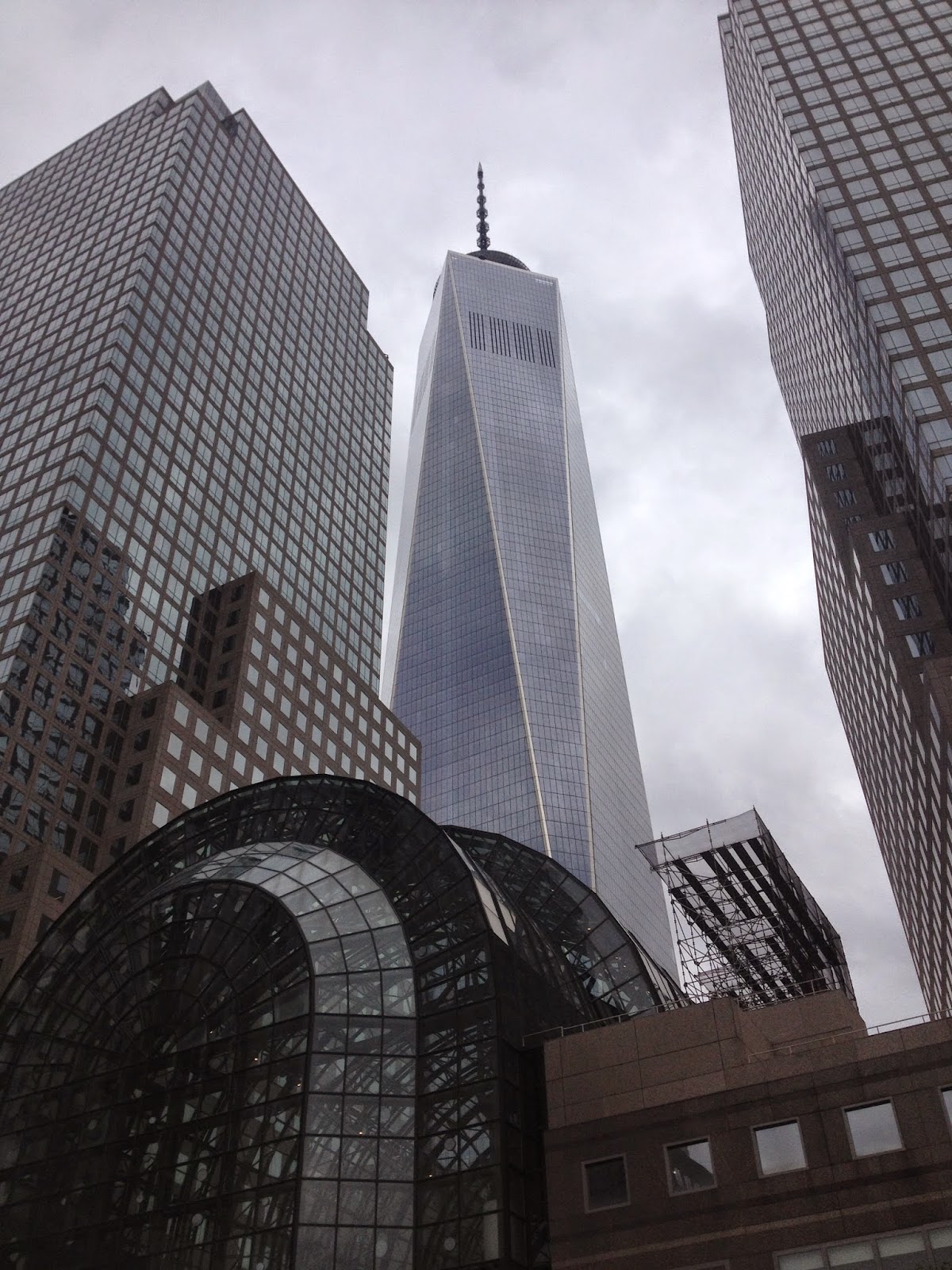 We passed by the World Financial Center Winter Garden Atrium and kept walking towards the Wall Street area. There's a section for skateboarders which I added to the list of places to visit with my youngest son. 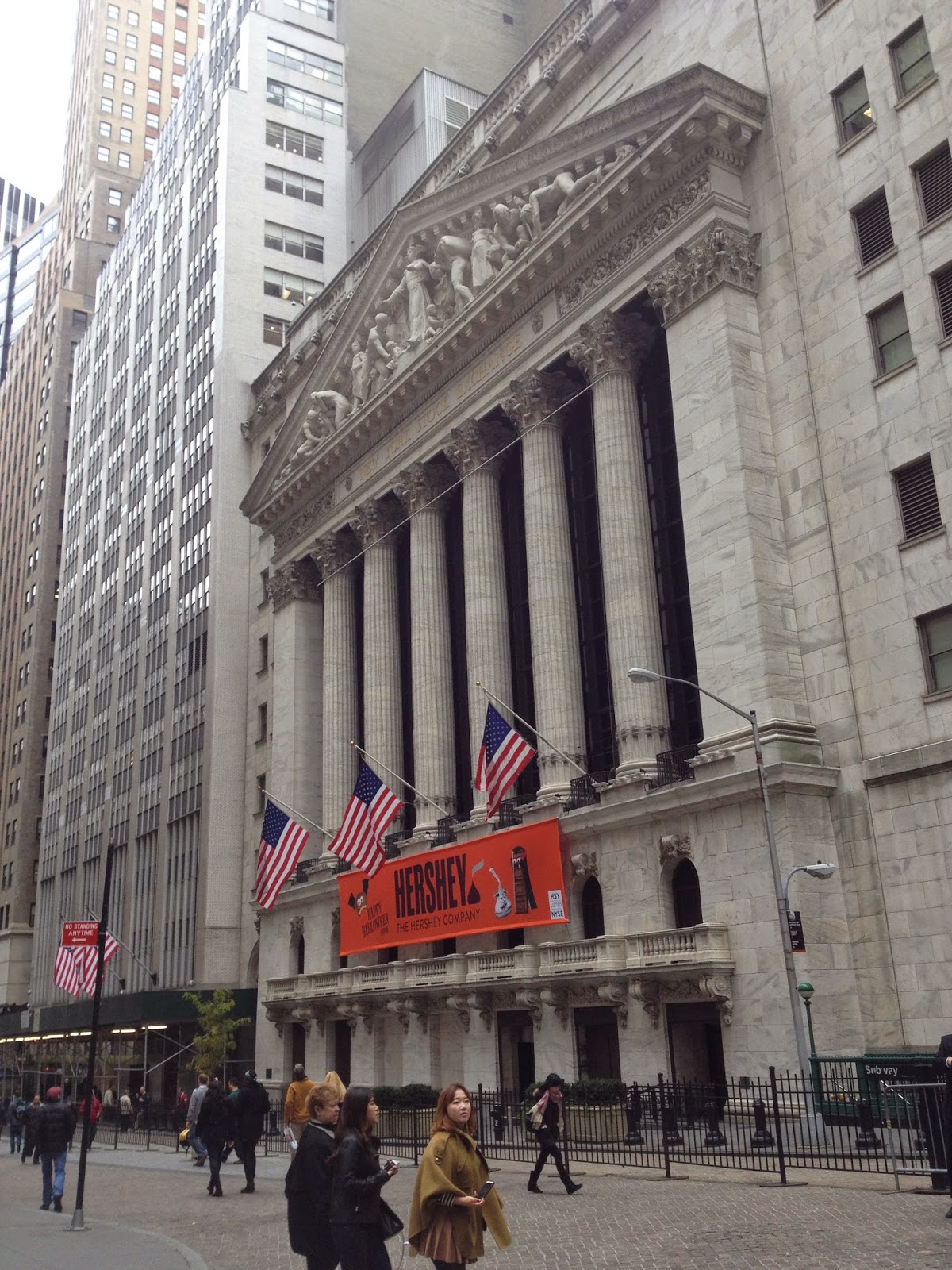 The streets were busy, but at the same time quiet. 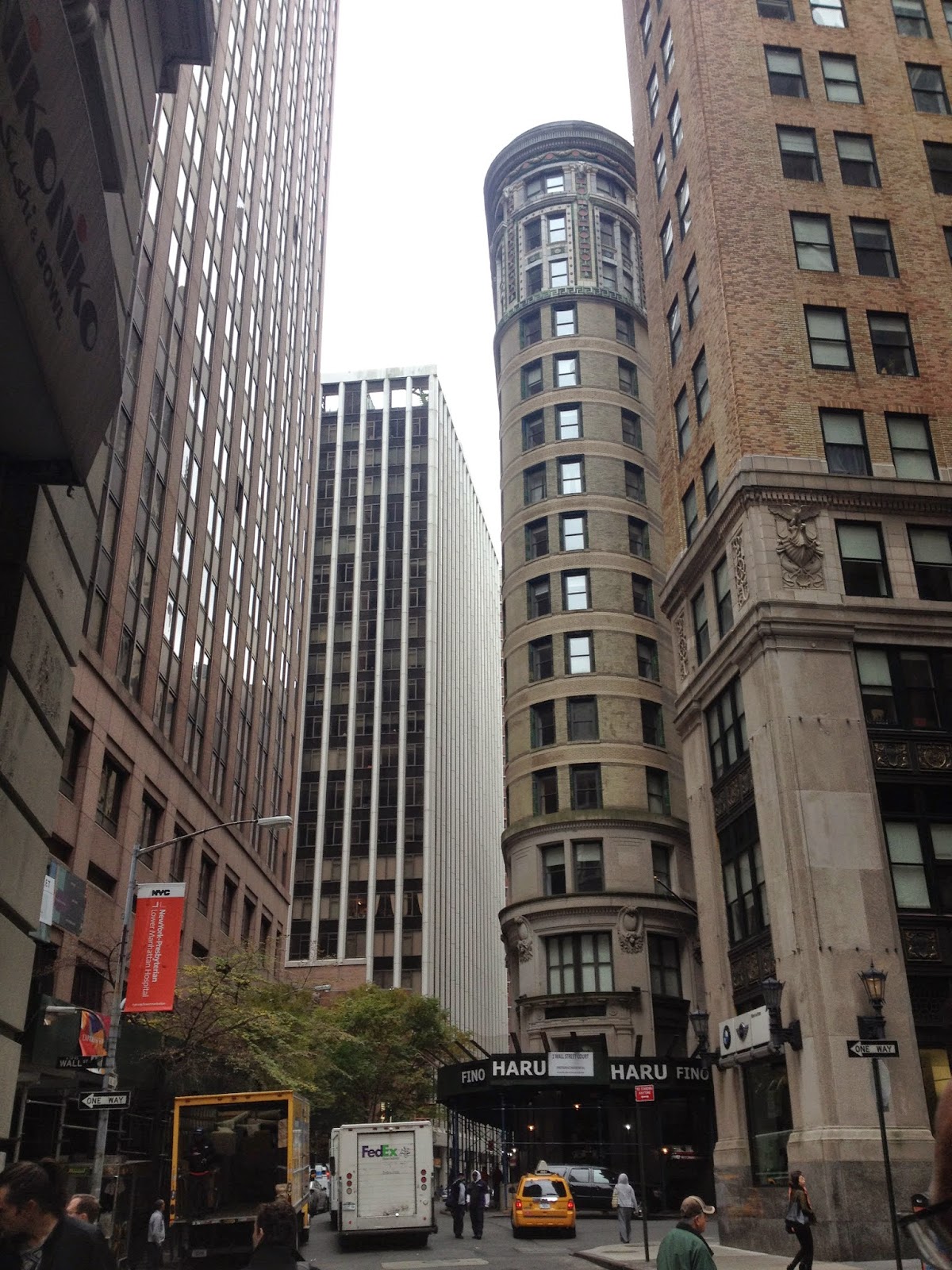 There are so much history in the neighborhood. 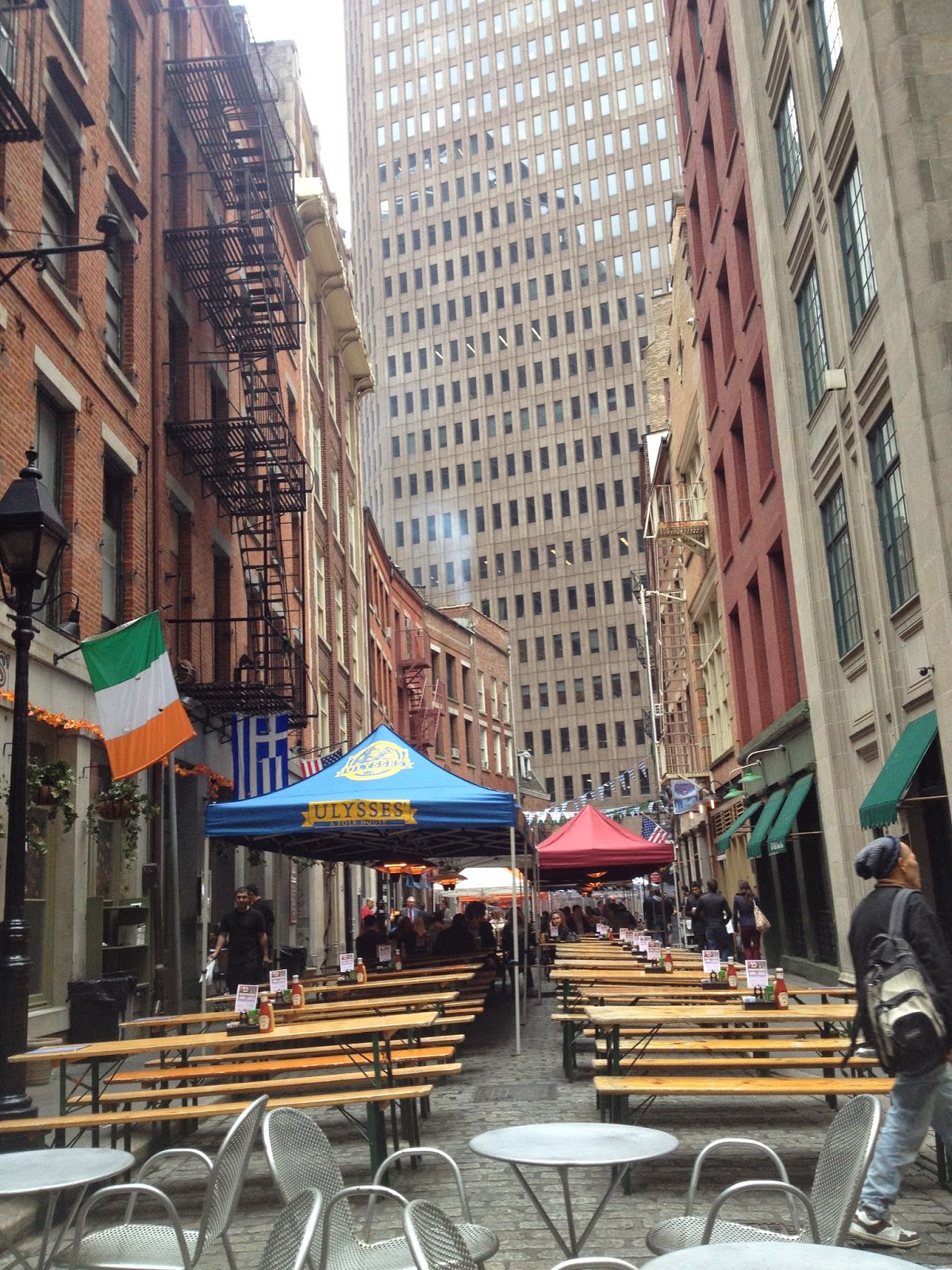 So many places to explore. 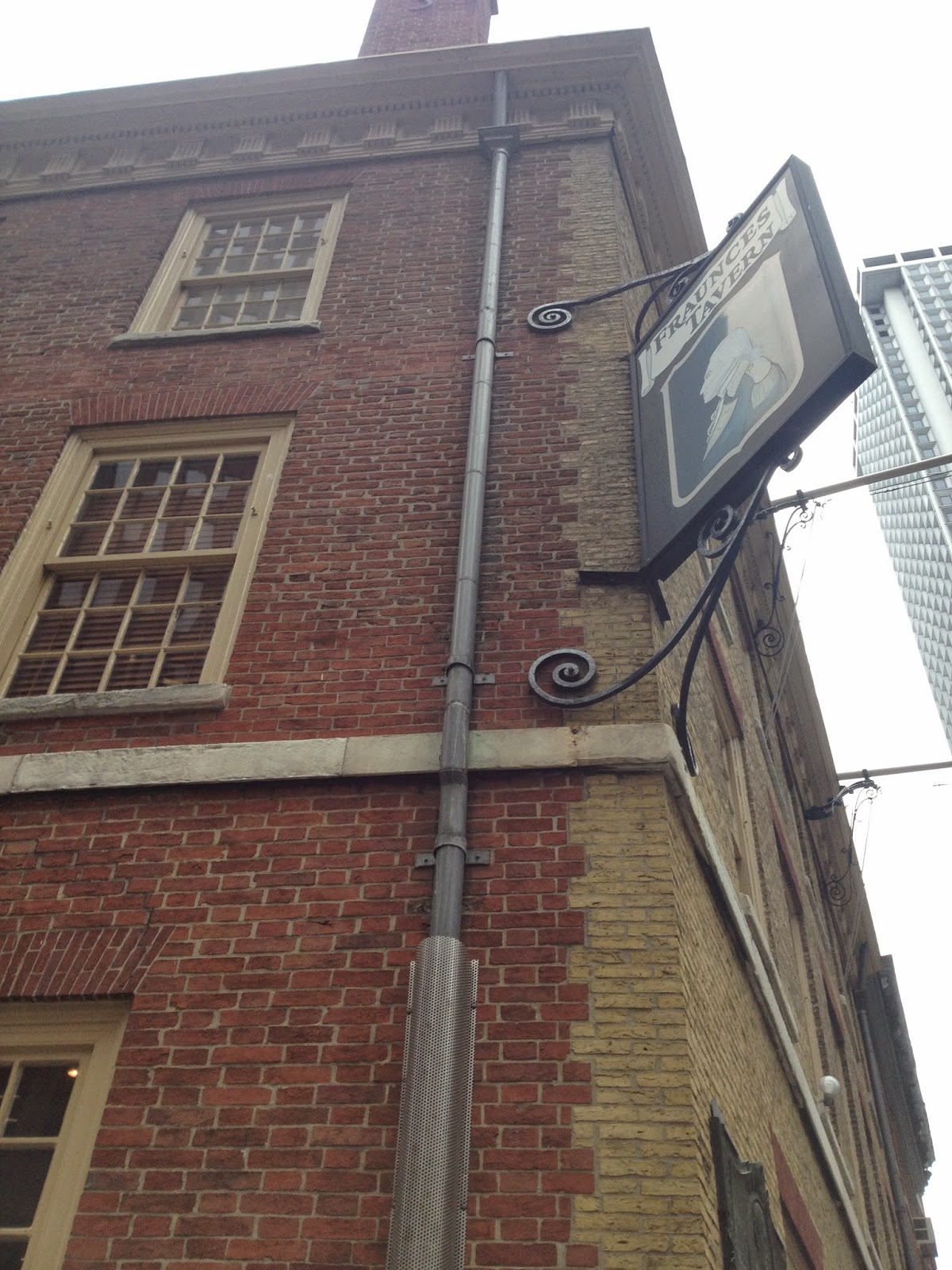 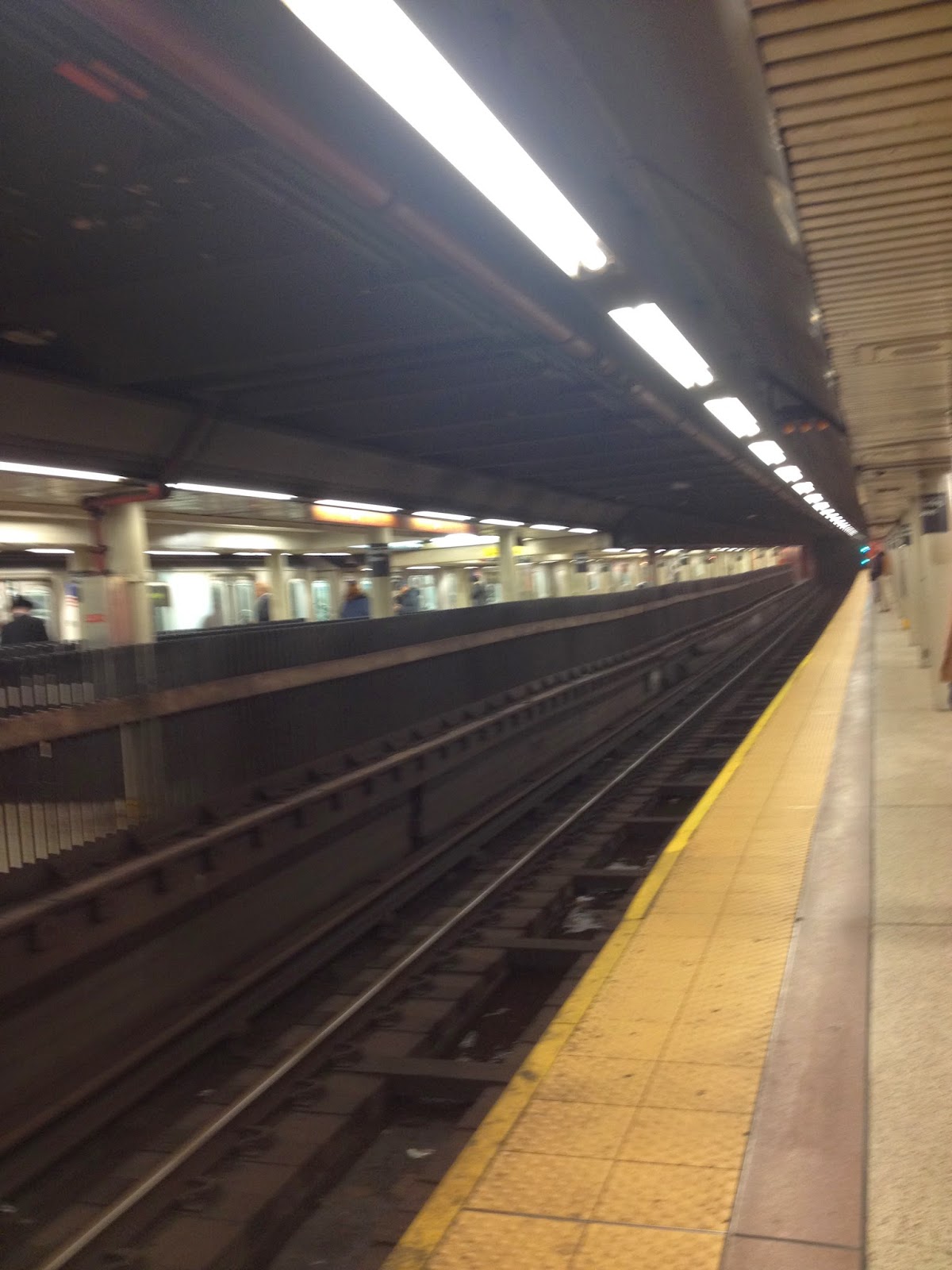 We then took the subway to head Uptown towards The Metropolitan Museum of Art. 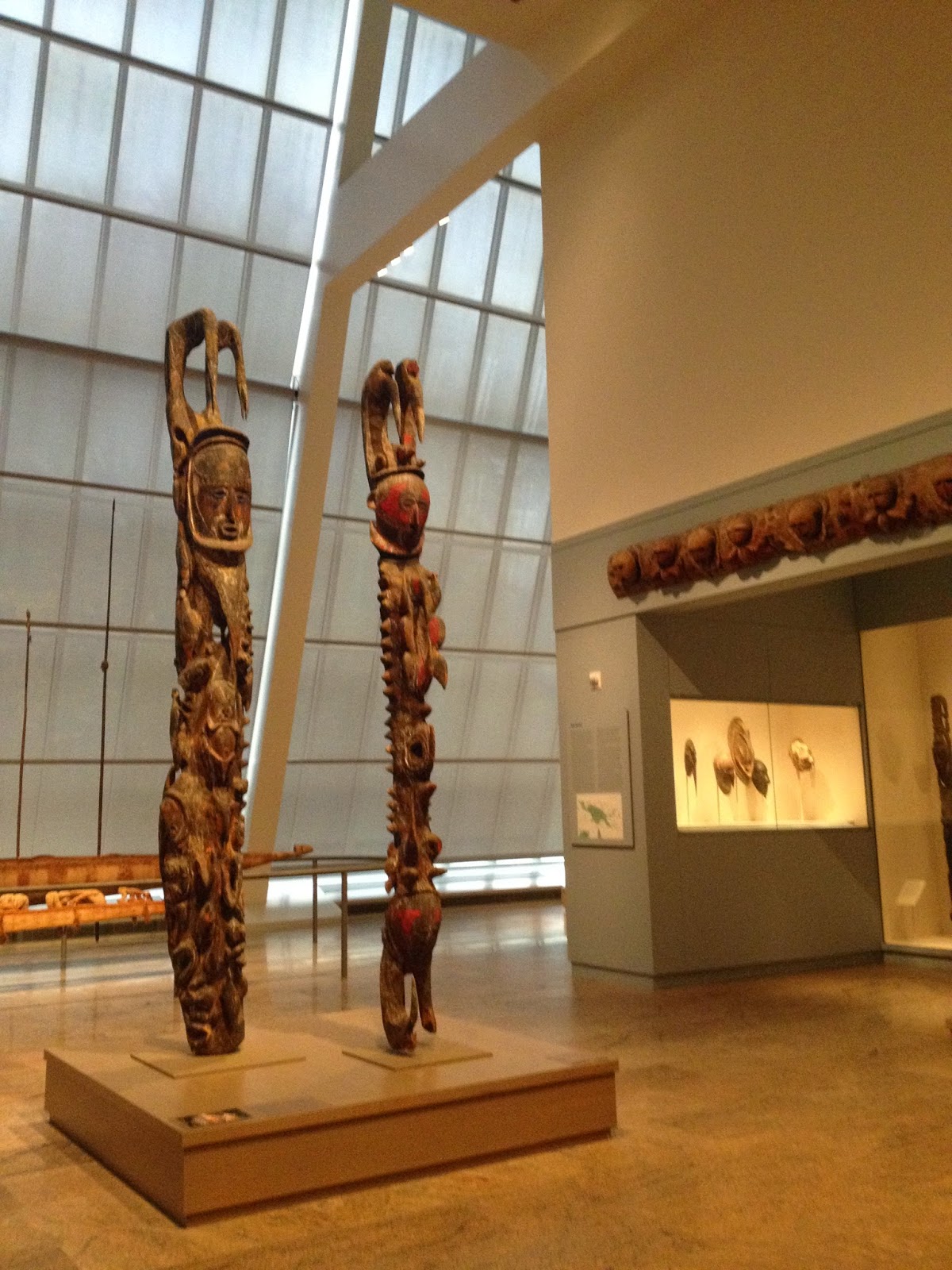 Fortunately, there were areas where no-flash photography was allowed. Needless to say, everyone was holding their smart phones and taking photographs.

Here are a few interesting art pieces. Some of the titles are really simple, and some of the artwork will make you scratch your head wondering how in the world did it make it to the MET. 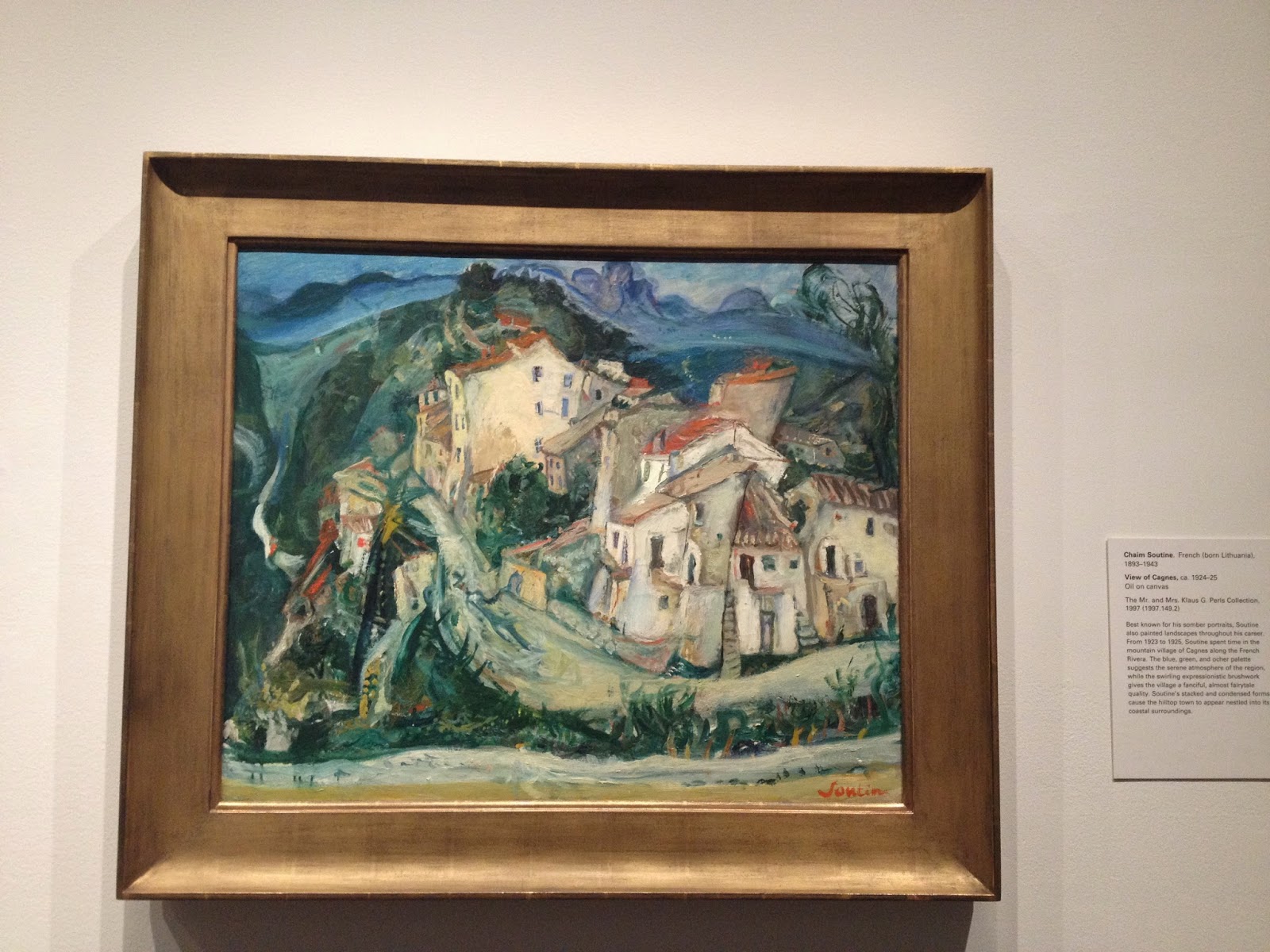 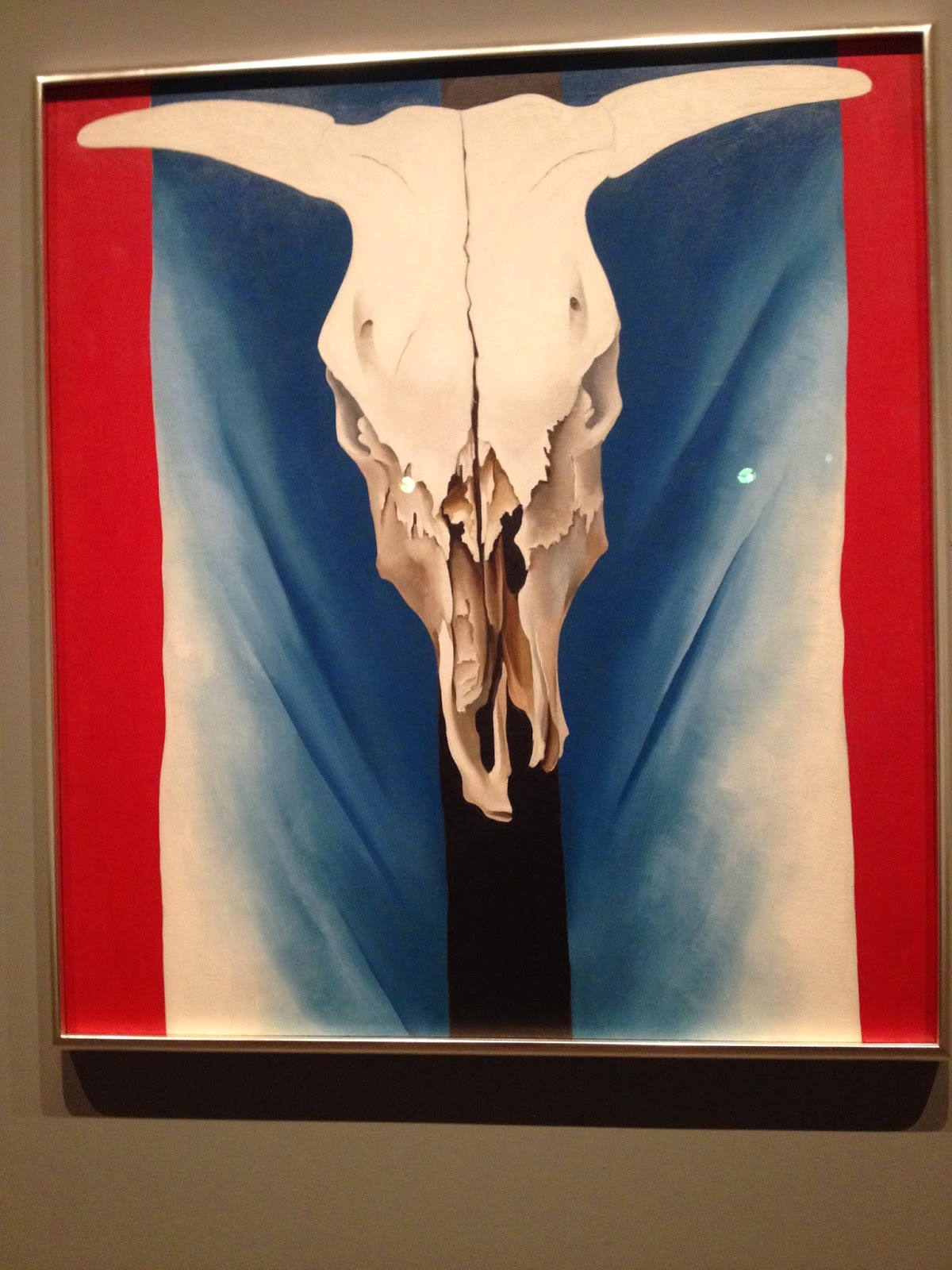 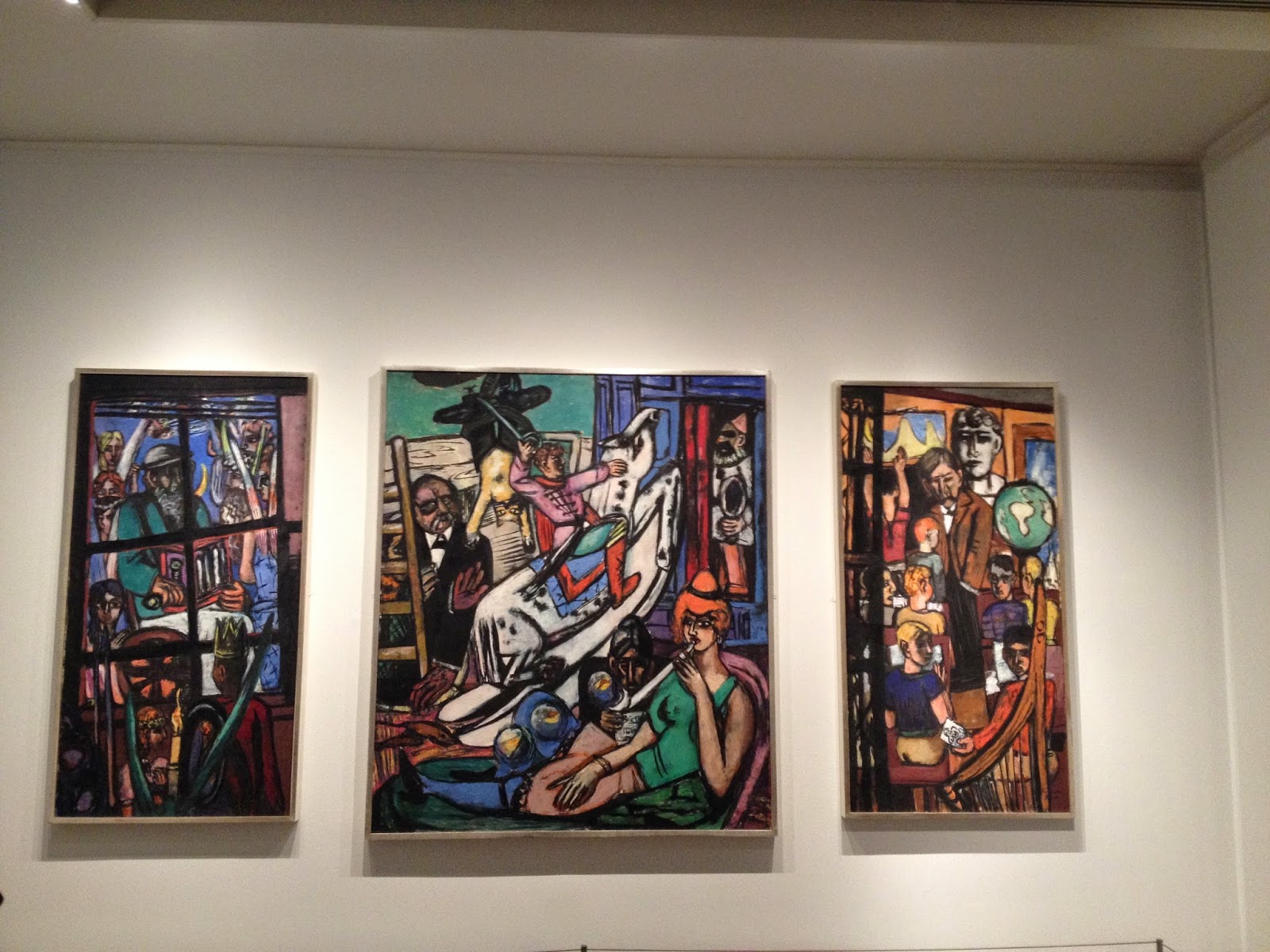 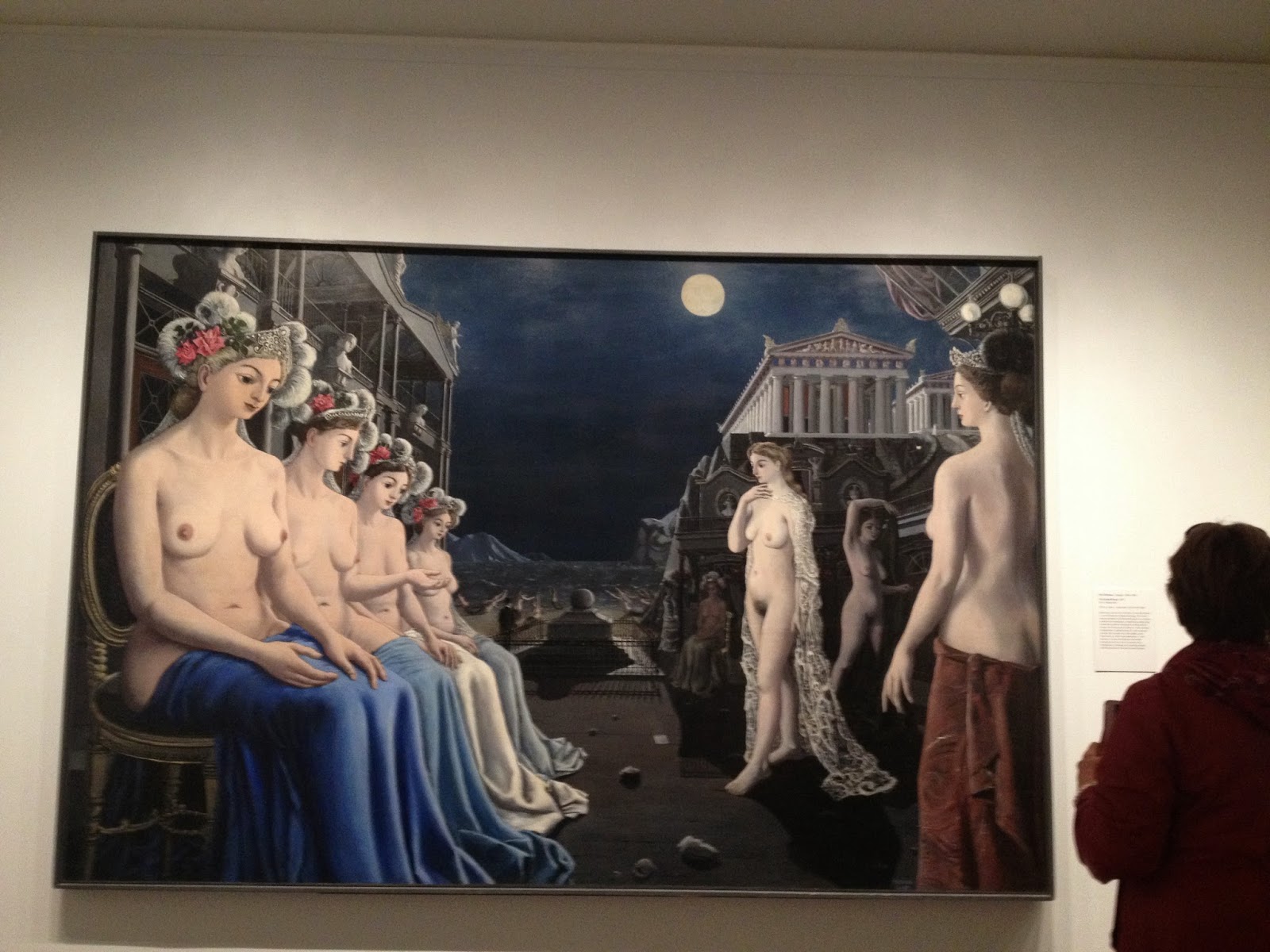 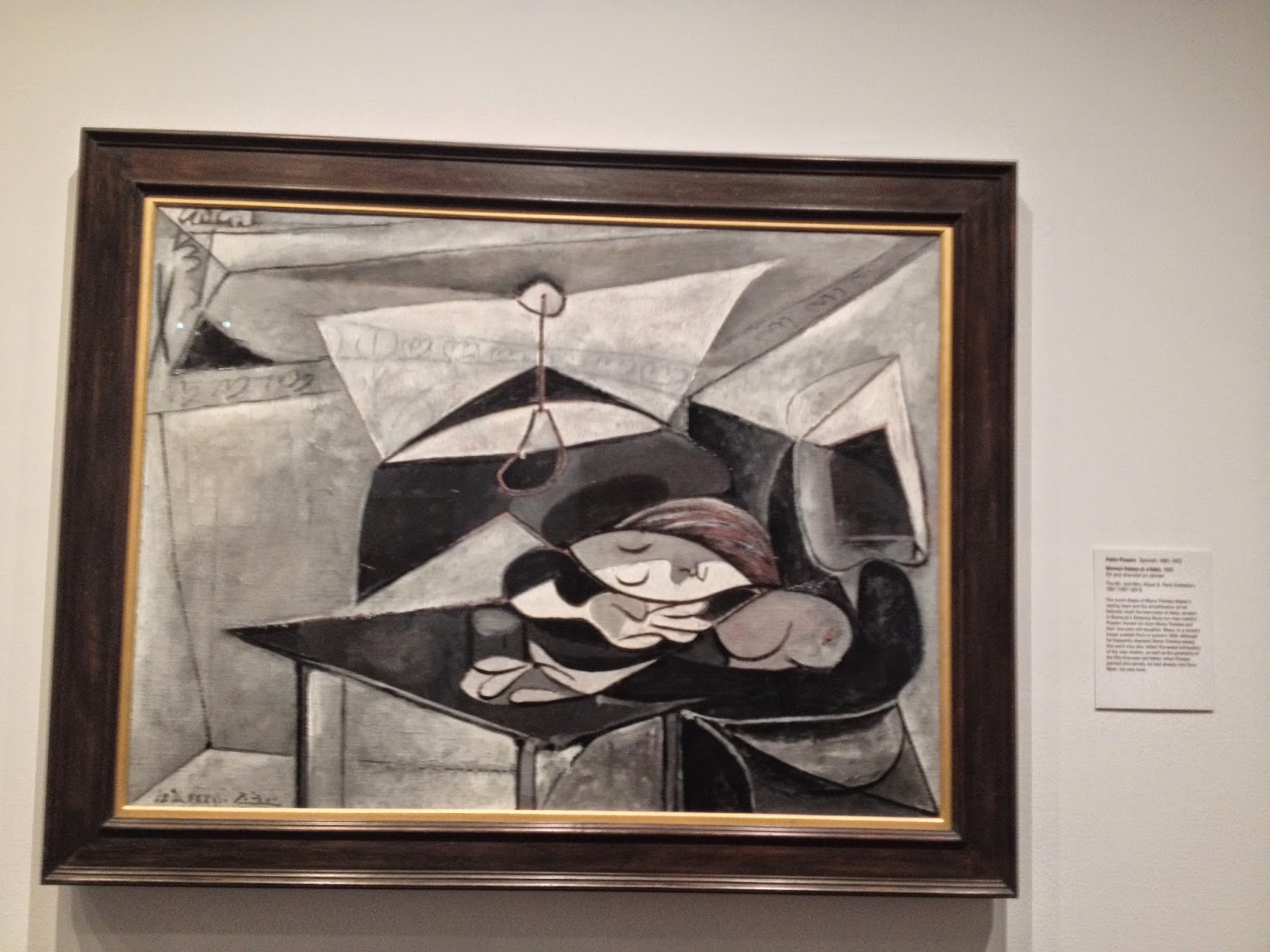 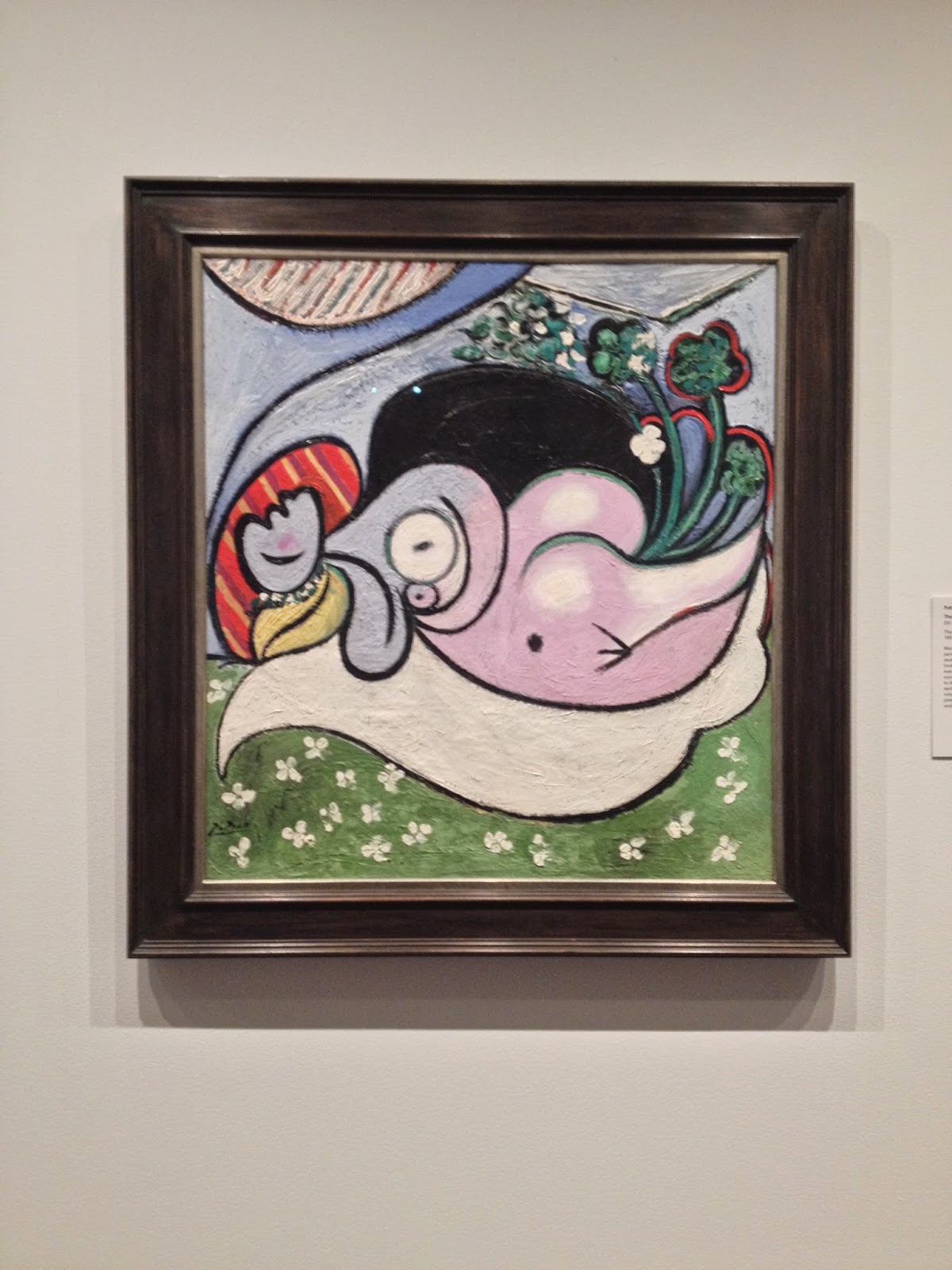 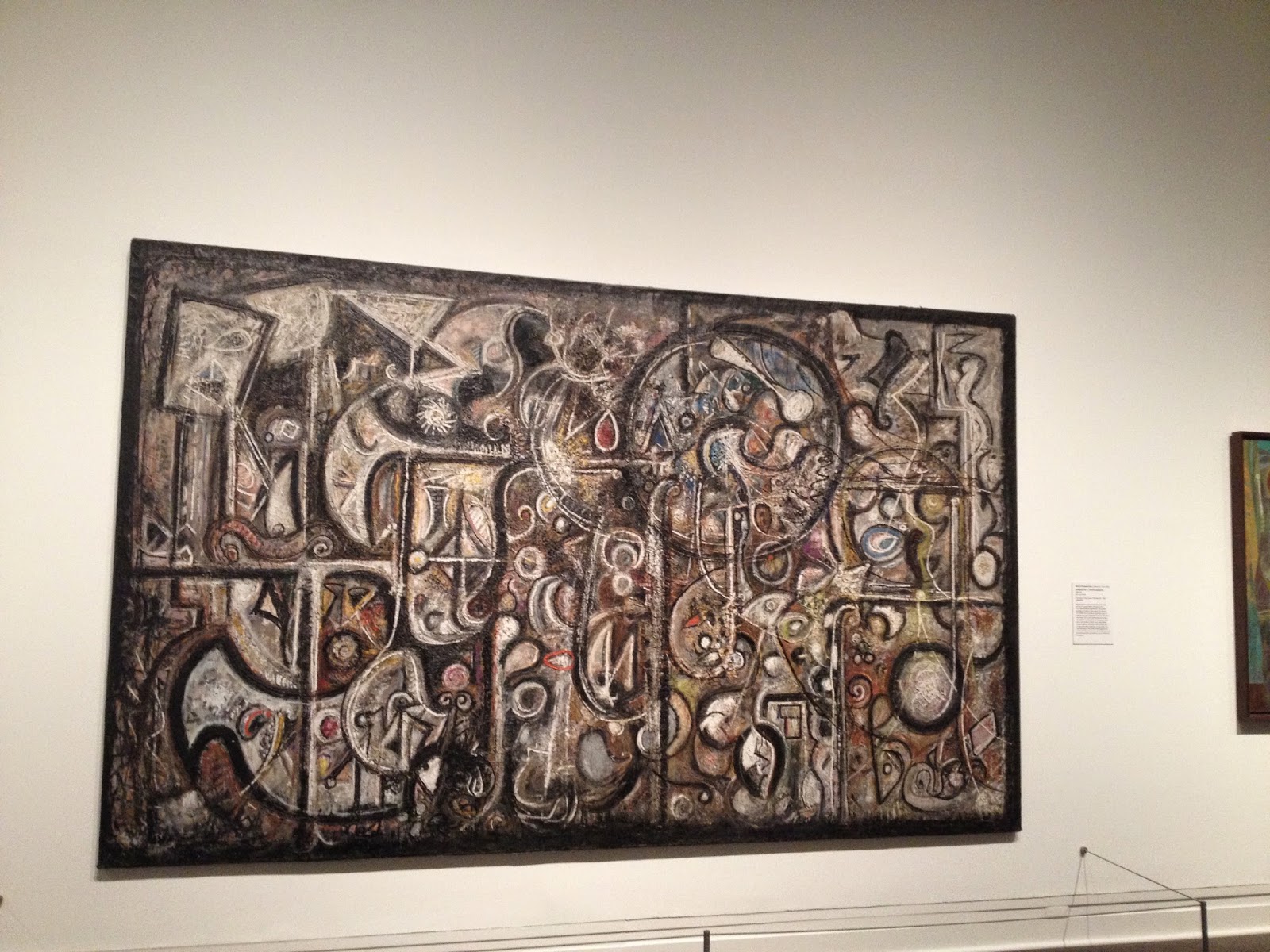 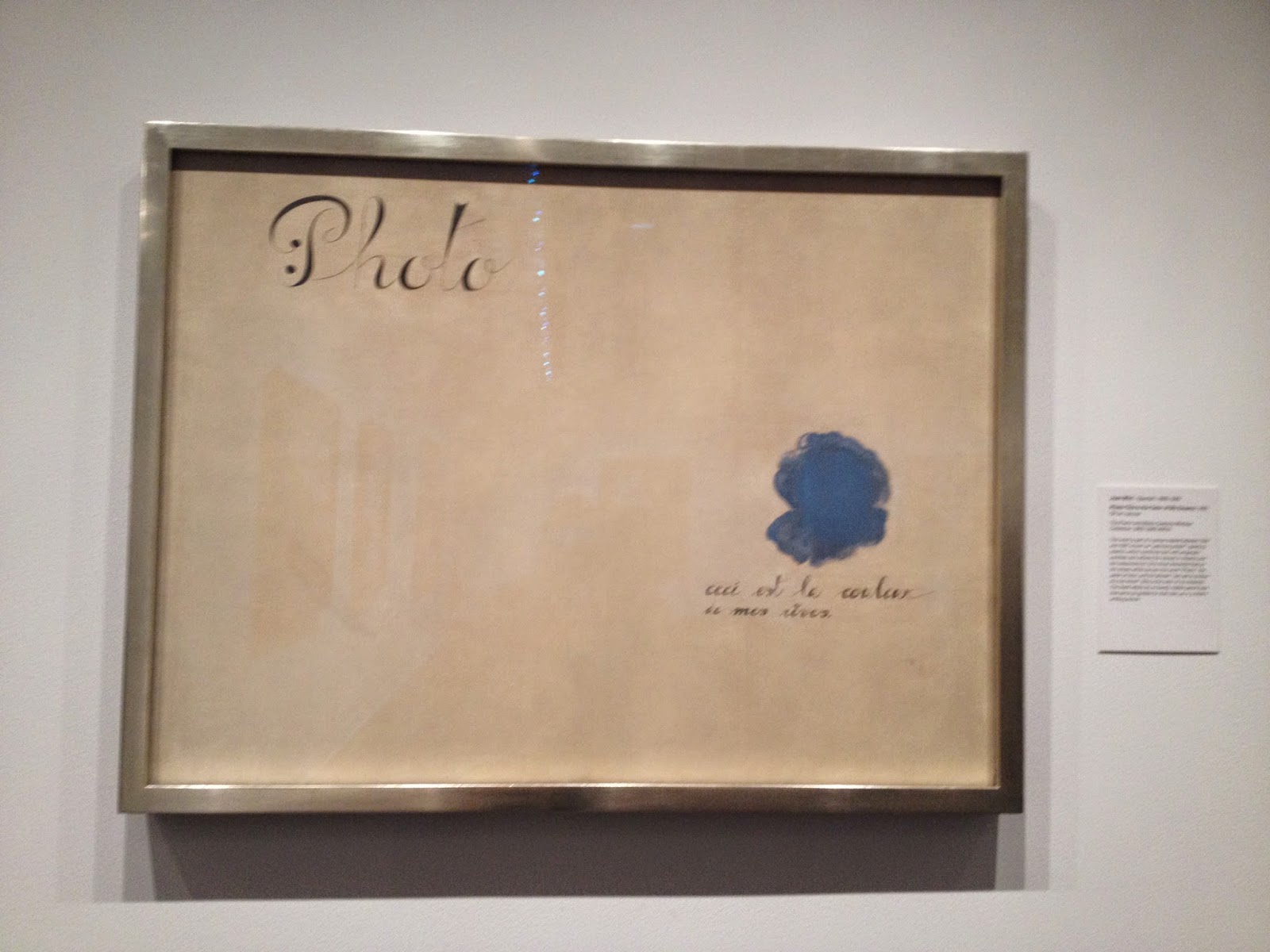 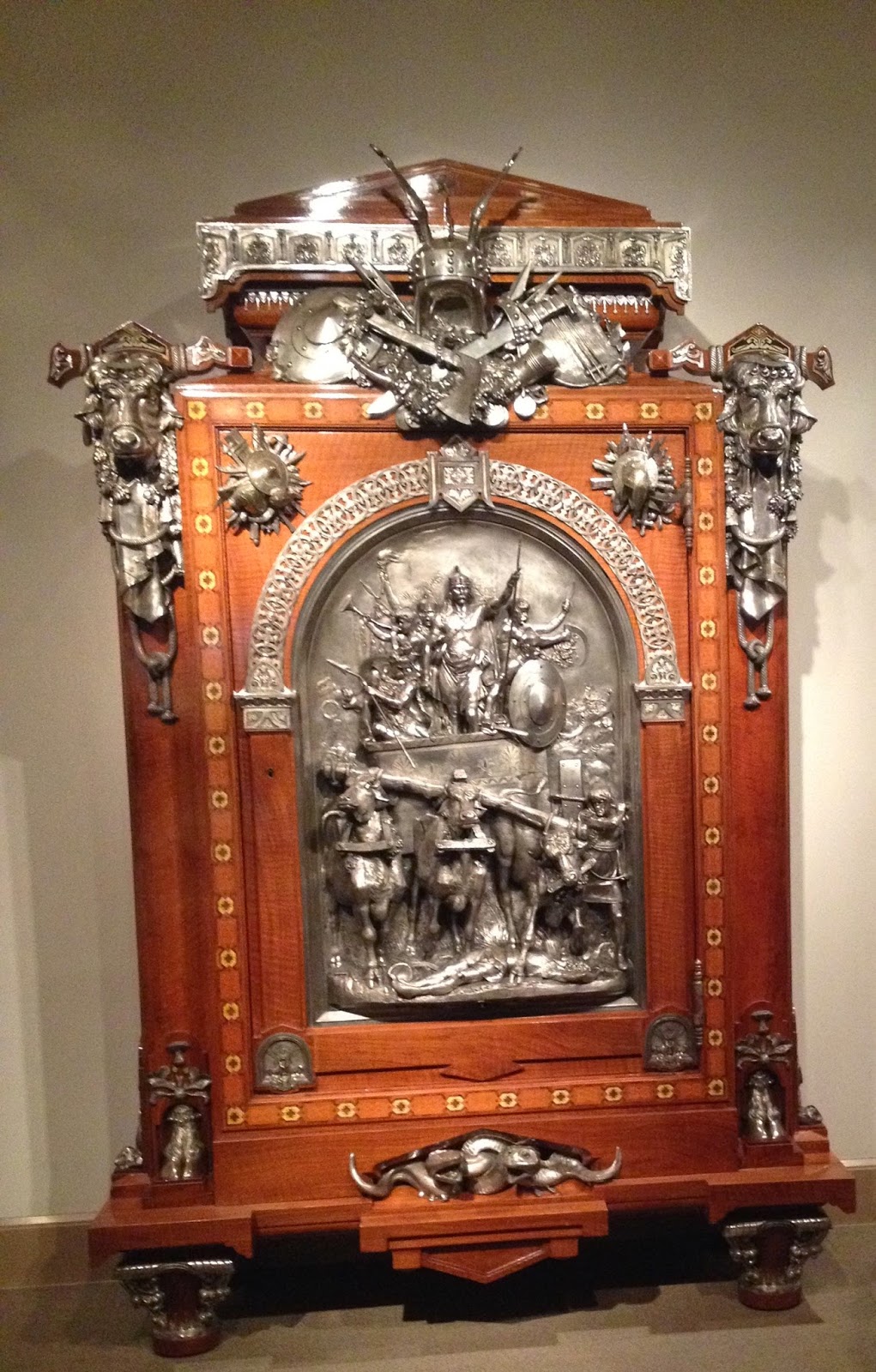 Armoire. 1867. ( Hubby's favorite piece in the museum since he was a kid). Oak veneered with walnut and marquetry woods and silvered-bronzed mounting. Design by Jean Brandely. Woodwork by Charles Guillaume Diehl. Mounts by Emmanuel Fremmiet.﻿ 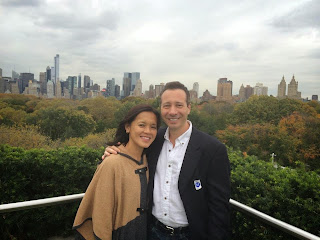 We ended our museum tour at the MET's Roof Garden.

We strolled along Fifth Avenue and were treated to children all dressed up for Halloween. We ended our day in the City at The Carlyle's Bemelman's Bar where we had a few drinks, appetizers and jazz music. 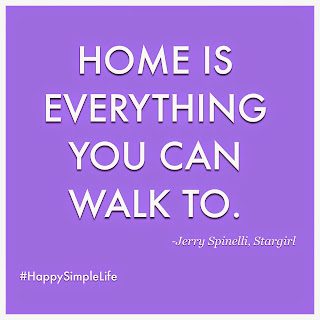