November 09, 2014
Have you ever felt helpless, can't concentrate, furious or restless?

Well, I felt ALL that last month!

October brought a massive surge of negative emotions that I couldn't push out, no matter how hard I tried.

My  to-do list included:
1) Publish part 2 of  Out of Status
2) Finish the screenplay for a documentary
3) Exercise
4) Read a book - beginning to end
5) Follow-up my mother's immigrant petition
6) Renew health insurance plan

BUT I wasn't getting anywhere -- well, except the exercise. Items 1 to 4 are non-essentials and didn't have a definite deadline, while 5 was important to me, 6 needed immediate decision.

I talked about my family's immigration story in my book, "Out of Status"  , with hopes that one day, legislation would change -- especially the 10 year travel ban for those who overstayed. The thought that we're 13 months away from revisiting my mother's approved yet denied immigrant petition gave me the motivation to write to my Congressman, Senator and the Administration.  Talks about the President issuing another Executive Order on Immigration also added to my false hope that maybe - just maybe, my family can be together sooner rather than later.

Sadly, last month - not much changed.

The representative in my Councilman's office replied and informed me that there really was NOTHING they can do. The law is the law!

USCIS replied to my email to the President. The email informed me that the U.S. Department of State (DOS) is the visa-issuing authority for the United States. They're the only ones who can grant or deny visas based on the Immigration and Nationality Act.

I still haven't heard from my Senator's office.

My family had already moved-on --  turned lemons into lemonade and embraced our fate!  Even though I expected the Legislators' and Administration's responses, I was hoping for a miracle.

However, there's no other solution but to wait until November 2015.

I was so surprised that I took my frustration on my Facebook wall. I kept asking myself, "Could it be that I was the only one affected by the new healthcare policies?"

I spoke about my experience in one of the community forums held at the Philippine Consulate and wrote an article about my devastating experience in TheFilAm online magazine titled "New Jersey mother tilting at Obamacare windmill; read her story and weep".

Fortunately, last year, we found a way to postpone the inevitable until December 2014.

Needless to say, time went by fast and this month was judgment day regarding my family's health insurance.

I spent the entire month calling our doctors and reviewing various plans offered for individuals and families. To cut down our premium, we terminated the coverage for my 2 older children age 23 and 25. Fortunately, my oldest will have her own health insurance through her employer effective 2015. However, I'm still exploring ways to insure my second child.

My husband and I struggled over high deductibles, co-insurance and specialists accessibility or referrals. But in the end, we chose a plan with premiums over 15% higher than our old plan covering 4 people instead of 6, with higher deductibles, and requires referrals for specialists where previously no referral was necessary. A lot more money for a lot less coverage.


My anxiety level was increasing as I was getting closer to finalizing our decision regarding our new health insurance plan.

The anticipation was stressing me out - BIG TIME!

I would wake up every morning to the accelerated beating of my heart that I would force myself to go back to sleep - so as to not face the day's harsh realities.

You're probably shaking your head and saying,

"What harsh reality? How can you be feeling anxious when there are people worse off than you are."

True. That fact gave me the motivation to get up but the defeated feelings still dominated my day to day.

I found myself doing many things, ineffective multi-tasking, to keep my mind off the main problem - but nothing was getting accomplished.

It is true what they say about stress. Stress damages your brain. Stress is like a weapon of mass destruction.

The past month, I was trying to fight the depression the stress was causing.

Every morning, my routine was:
1) Breathe.  I  practiced 3 breathing exercises. I breathed in, expanded my lungs as to inhale deeply  and felt the fast palpitations of my heart; exhaled forcefully with hopes that my heart would calm down. 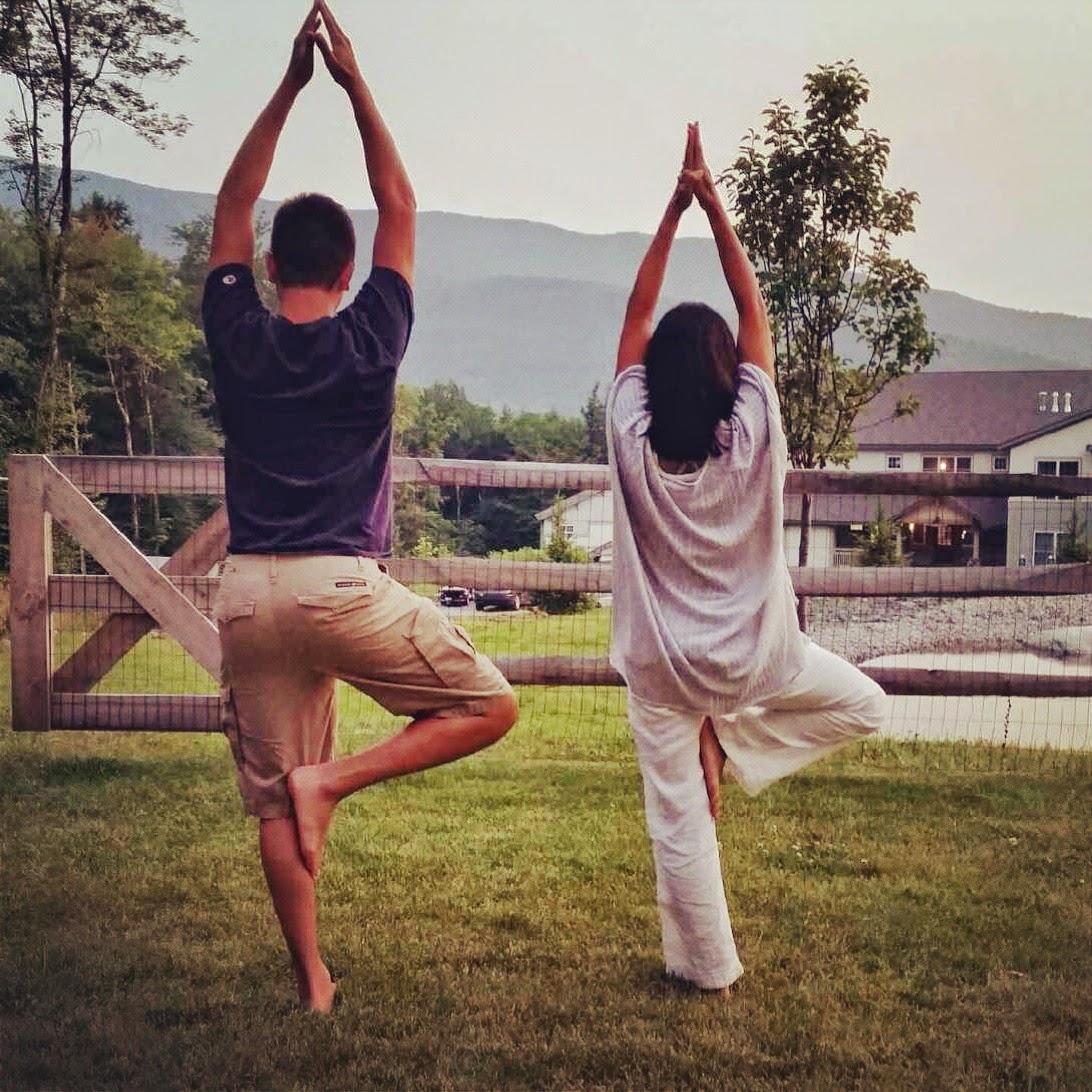 2) Exercise. After brushing my teeth, I made sure I do my 30 minute exercise. For 30-45 minutes, I pretended that everything was OK. I was focused on ME. If I couldn't exercise, I invited my kids or my friend to walk around our neighborhood -- which was usually about 2 miles. 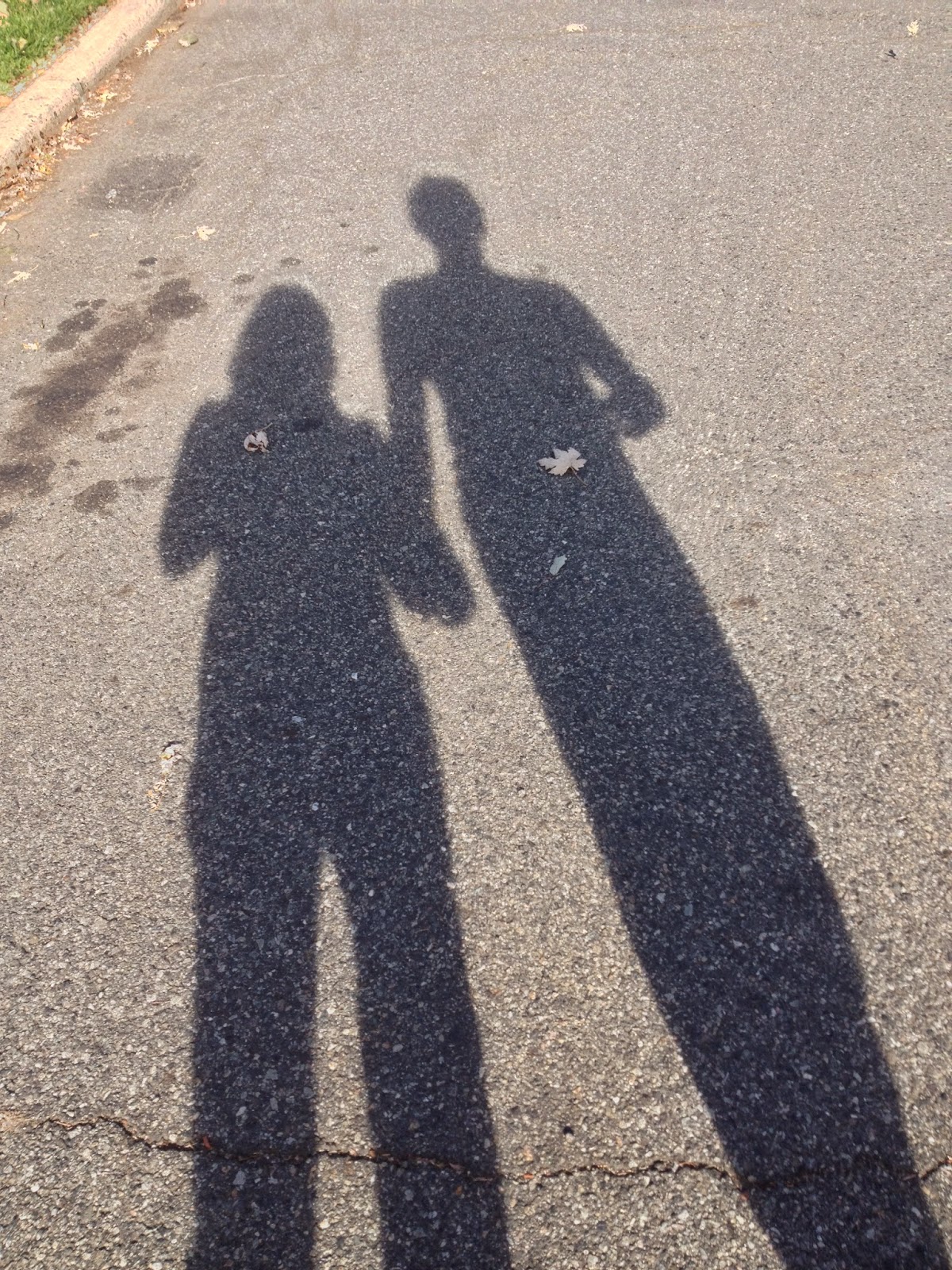 3) Laugh. I forced myself to find ways to laugh. I must have danced to Taylor Swift's "Shake it Off"  at least 3 times a day. For some cosmic reason, that song was on the Z100 every time I was brushing my teeth, taking a shower, or washing my face.

4) Cry. I needed ways to get all the negative feelings out of my system and sometimes a good cry was all I needed.

5) Connect. I reached out to my loved ones. I vented, and as hoped, they were all supportive and assured me by saying "whatever it is, you'll get over it because you are strong that way."

The above steps only calmed me down temporarily.

It wasn't until I hit the SUBMIT (health care application) button that my heart beat returned to somewhat normal.

The night before the election, my youngest asked, "Why do we bother voting?"

We reminded him that even though it seemed like our votes don't count, casting a vote is the most important civic responsibility of a citizen. 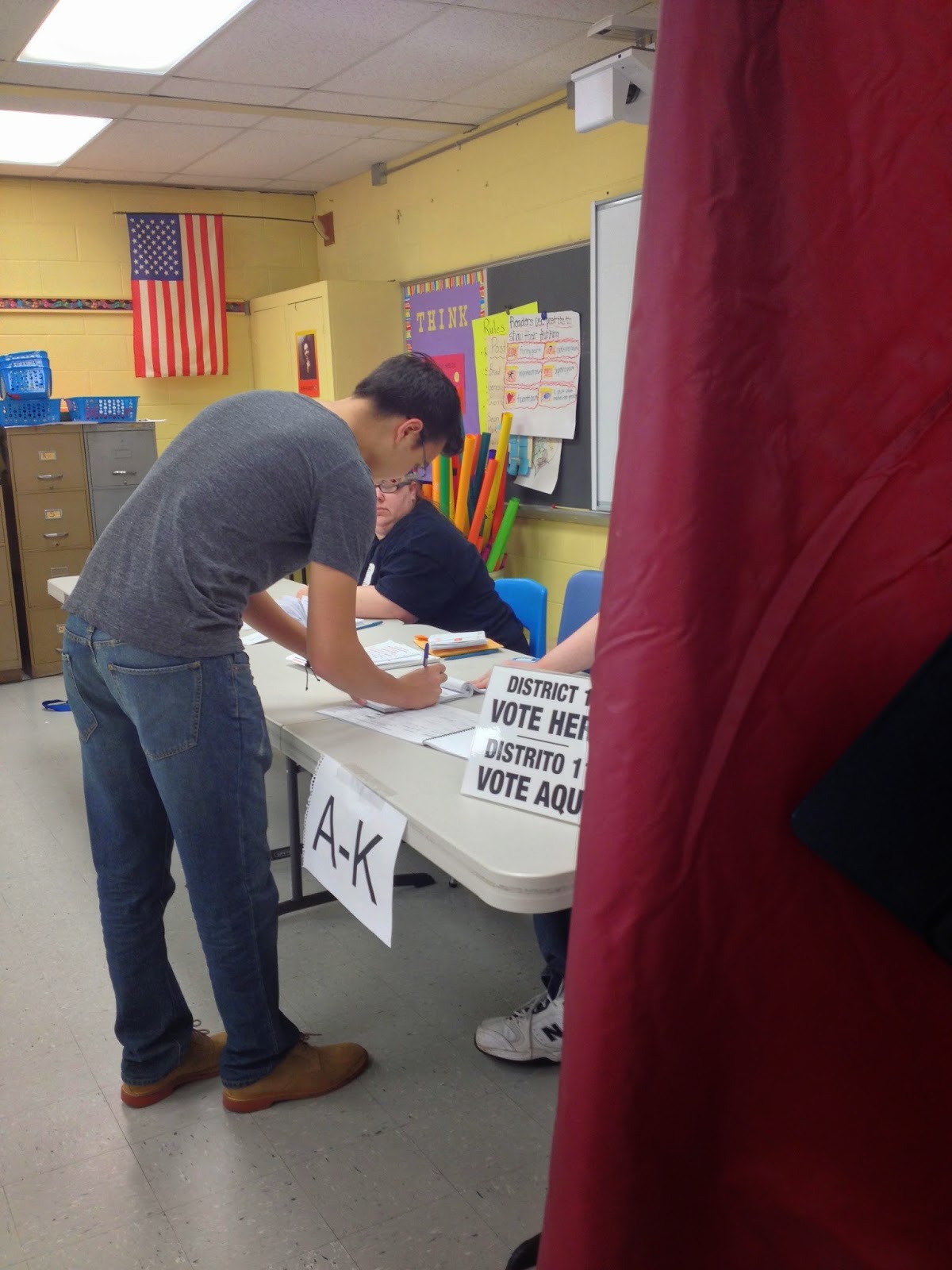 This year was the first time my third child was able cast his vote. He had a few questions:

"Do I need to bring my ID or my Social Security card?"

"But how do they know that it's really me?"

"Most people who vote - do they know about current events? Do they know what the candidates stand for?" 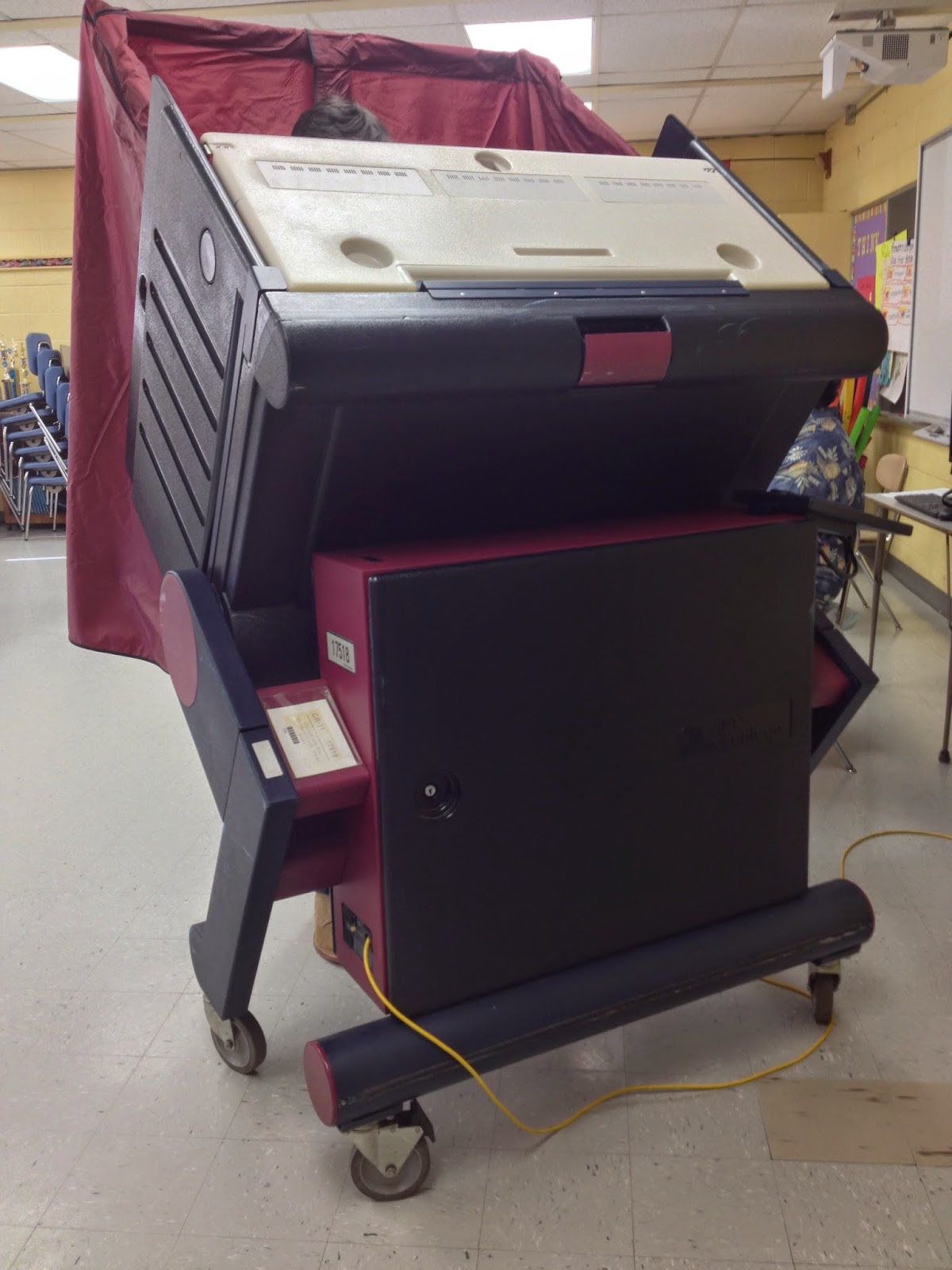 My son cast his first vote, and that Tuesday night, we witnessed Election 2014 made history.

Will any legislation affect my family for the better?  Based on my track record, I'm not hopeful.

A few things I learned from all these.

Sometimes, no matter what we do, there are things we can't control. We can only control how they will affect our whole being. Try to focus on the positive because drowning ourselves in sorrow can only compound the situation.

Finalizing a decision is the only way to get rid of the anxiety over making a decision. Prolonging it can only add stress -- which adversely affect one's brain functions.

And as Neal Donald Walsh wrote in "Conversations with God" : 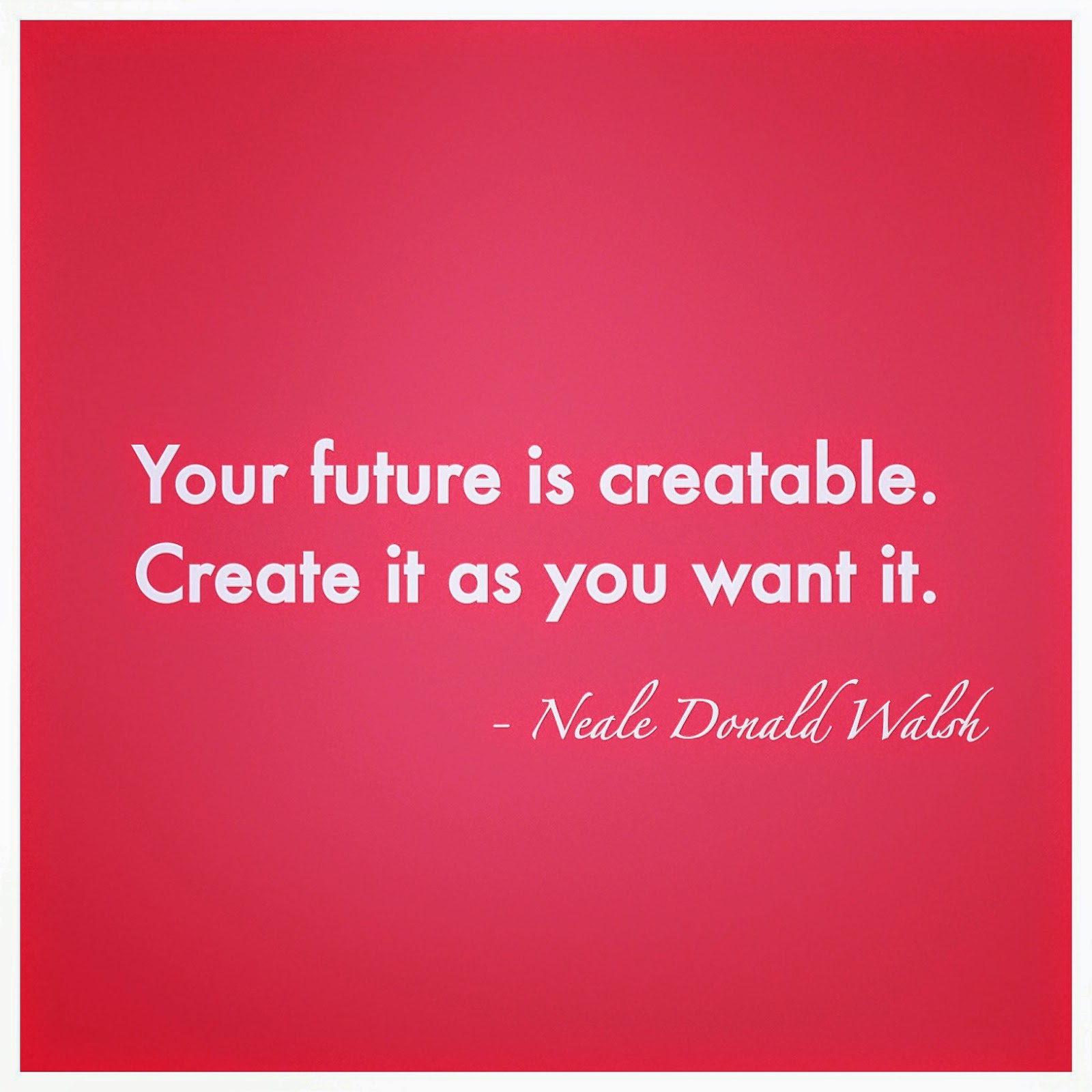