A Piano Tuner, a Beautiful Christmas Miracle and Conversations with God


“There are those who say that seeing is believing. I am telling you that believing is seeing.” -  Neale Donald Walsch, Home with God: In a Life That Never Ends
Have you ever picked up the phone and called someone you haven't spoken to in a year and when you hang up you're in tears because it was like you were meant to call and listen.
Well, I just had that phone call.
Early this morning,  my daughter and I bought a simple, silver star for our Christmas tree. When we got to the cash register, I didn't realize it was $20 more than I planned on spending.
I wasn't going to buy it but I saw twinkle in my 25 year-old daughter's eyes - just like when she was 2. 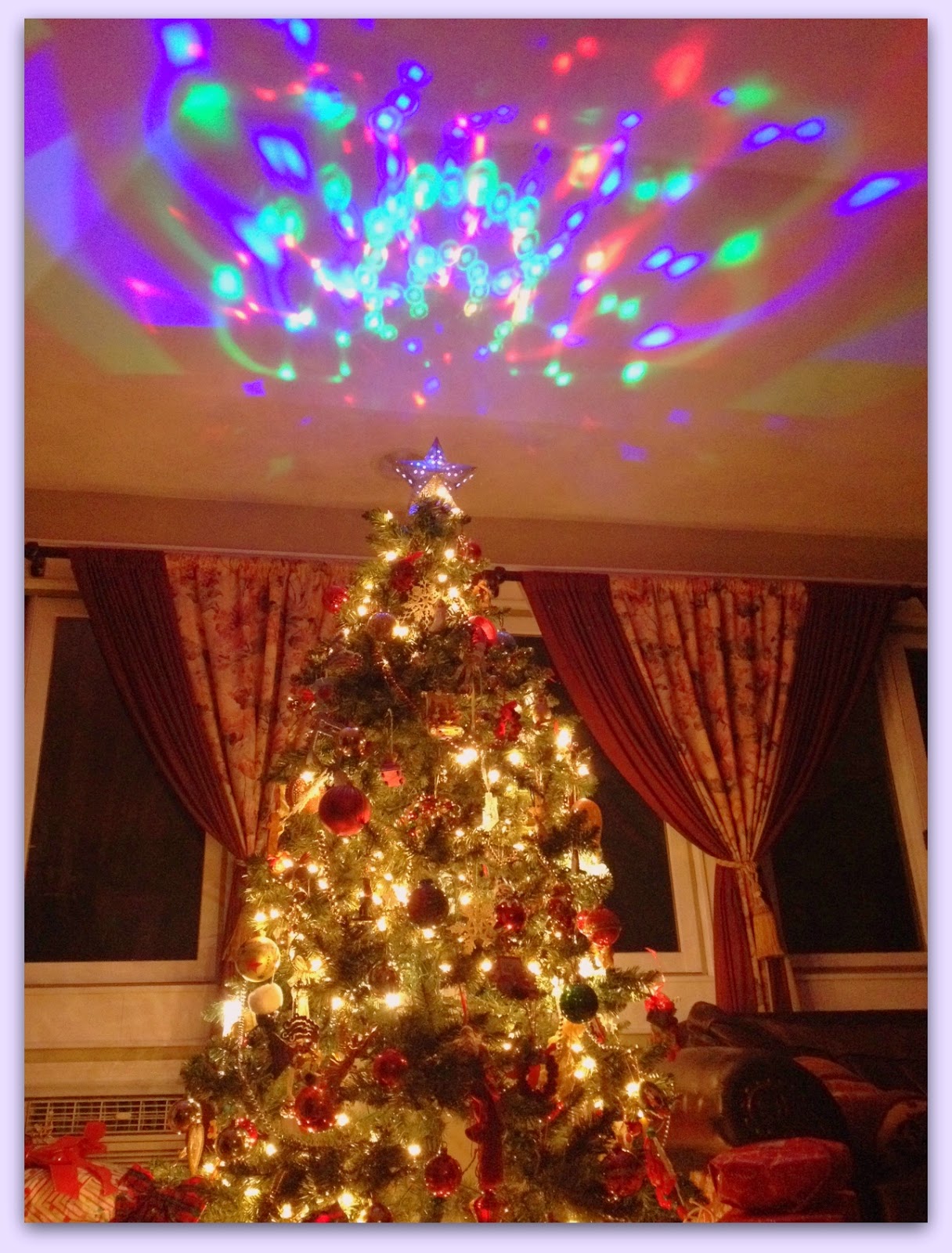 So when we got home, my daughter and 13 year-old son put the star on top of the tree. Christmas carols were streaming in the background as we turned on the Christmas lights. And to our surprise - a delightful treat, we were like little kids giggling with joy because our new Christmas tree topper was reflecting rotating  rainbow colors on our ceiling.

And then I noticed my son's piano. We had just rearranged the den the night before. I took a business card out of the dresser and dialed the number on the card.

I knew it was Sunday, so I was expecting to leave a message. But then a woman answered, so apologetically I said,

"Hi.  Good  afternoon, I'm sorry to have called on a Sunday. My name is Jenjen. I thought I dialed Mr. D's work number. I was going to leave a message to schedule our piano for tuning. I'll call tomorrow."


I was about to hang-up and wished her well but then something told me to listen.

My jaw dropped. I felt awful. I kept apologizing but some strange, yet, beautiful feeling compelled me to listen and let Mrs. D talk.

Mrs. D continued to tell me the story of how they came to .

In 1982 was on Martial Law. Mrs. D and Mr. D sold everything to buy their ticket to . Together with their 3 young children, and a mere $50 on hand, they boarded a cargo ship. They couldn't bring anything else because they were told that if they did, they would be jailed.

While boarding the cargo ship, Mr. D felt ill. He had symptoms of appendicitis. Mrs. D and her kids were on their knees praying to "put everything in God's hands".

Mrs. D went on to remind me that "The Lord can do anything". She quoted a few passages from the New Testament. She then continued to narrate her story. 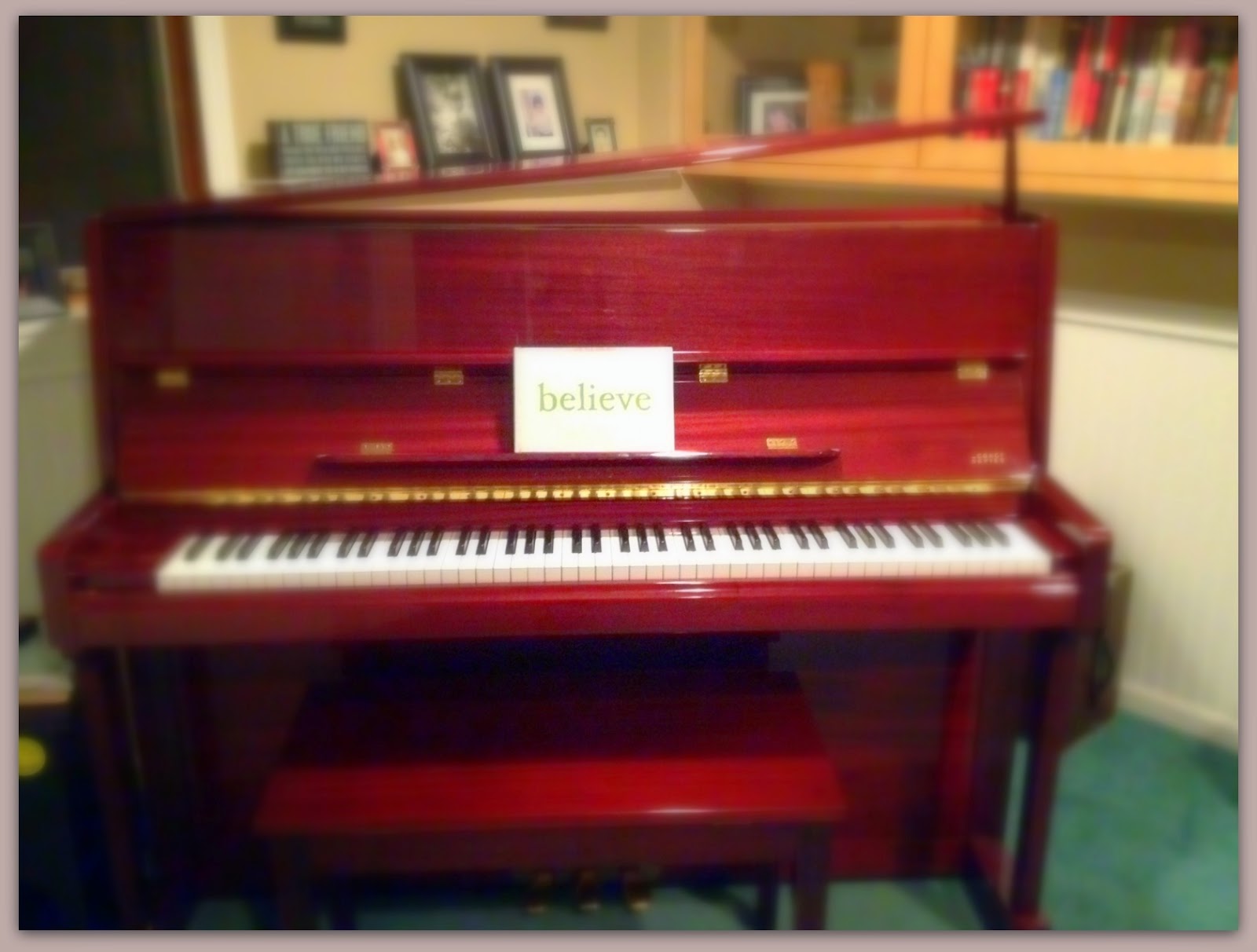 While they were praying, Mr. D told them that he heard a clear voice telling him to "Trust and Believe.  You're going to make it safely to ." He also told them that he saw a vision of Peter walking in water - a reminder not to have any doubts, to believe. At that point, Mr. D's pain subsided.

The cargo ship crew thought that Mr. D was losing his mind - and that the fever had affected his logic. The D's family's journey from to took 2 weeks.

When they arrived in , Mrs. D took Mr. D to the hospital. At the hospital, the doctor told the residents that there's this Polish man who was in the ocean for 2 weeks with burst appendix. They were astonished why he didn't die.

Mrs. D replied, "Why he didn't die? It's because God protected him."

For whatever reason, Mr. D's body gathered the poison from the burst appendix into one balloon. And on the operation table, that's when the balloon burst - and that's when the infection spread. He then spent 3 weeks in the hospital before he was released.

"God protected him for over 2 weeks and because at that time our children were just 16, 12, and 7. We were in a foreign country.

Every year we remembered what God did for us.

So last year when the doctor informed me that Mr. D's body wasn't responding to the medicine, we knew that his life was in God's hands. Mr. D had always remembered the event in 1982 and he couldn't recall it without tears in his eyes because it was something he knew was real. God is loving.  My husband was a New Year baby. He turned 75 on the hospital bed. I cannot complain. We thank God for everything. He's our joy and peace."

We said our good-byes. I thanked her for sharing her family's beautiful Christmas miracle and she thanked me for listening.

I believe nothing in life is an accident and that we all have our own miracles.

This past weeks were tough weeks. So much violence dominated the news and social media that it felt like hatred was winning.

However, we have to try to get unplugged, close our eyes and say a prayer that love pushes hatred away.

Let's spend more time with those who matter most.

“The Highest Thought is always that thought which contains joy. The Clearest Words are those words which contain truth. The Grandest Feeling is that feeling which you call love.”  - Neale Donald Walsch