Raised Pinay: Not your traditional production about Filipino women 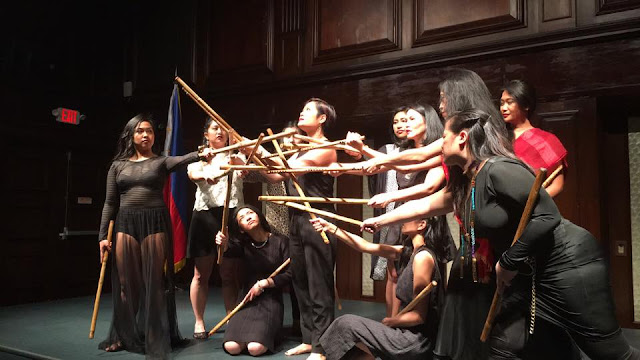 In summary, Raised Pinay is a 75 minute production that showcased the "growing pains and joys" of being a Filipina as told by 13  Pinays (Filipino women). Their stories were a reflection of the strong abilities of Filipinas to love and forgive, to accept failures and successes in one's self and another.

When I learned about the show, I didn’t know what to expect. All I knew was that one of the cast members was like a daughter/sister to me – and that missing her performance was like missing one of my own kid’s musical play in school.

I was anxious. I wondered:

I didn't know what to expect. I had not a clue.

Before the production began, the show's director, Jana Lynne Umipig, told the audience, “Art is for healing. Let’s breathe and listen as we honor our ancestors.”

And the audience did just that – and my initial worries evaporated as soon as the production started.

I nodded, clapped my hands together in a rhythm, laughed, held my chest and felt like dancing to the tune of the Tagalog folk song “Ang dalagang Pilipina.”

I was astonished as the dialogues and stories unfold, and I wasn’t alone. The audience was not stingy with their reactions. There were laughter, oohhs and ahhhs, and deep sighs confirming that they, too, empathized with the performers' journeys.

The courage and humor these women projected on stage at Kalayaan Hall as they relay their REAL life stories  (experiences foreign to some, and familiar to most) were beautifully and harmoniously weaved together by the show's director, Jana Lynne Umipig  (creator of the Journey of a Brown Girl)

The production also touched on being caught in between generations and cultures, colonial mentality, indifference, conflicting values, body image, superstitions and promises. As a mother of four, at the end of the production, I was left with a question, "Will my children raise my future grandchildren the way I raised them?"

The story lines were limited to the stories submitted by the cast. Maybe for the next production, Raised Pinay will receive stories similar to that of my childhood summer days in the province: climbing trees, playing patintero, "pretend" cooking guamela petals on mini clay pots, endless kissing the hands (mano) of the many extended relatiives hanging around the patio on a hot summer day, jumping in to the river and catching a fish and endless fiesta celebrations.

And as my colleague and friend, Rachelle Ocampo said,
“Raised Pinay is the ideal combination of being fierce and compassionate.” 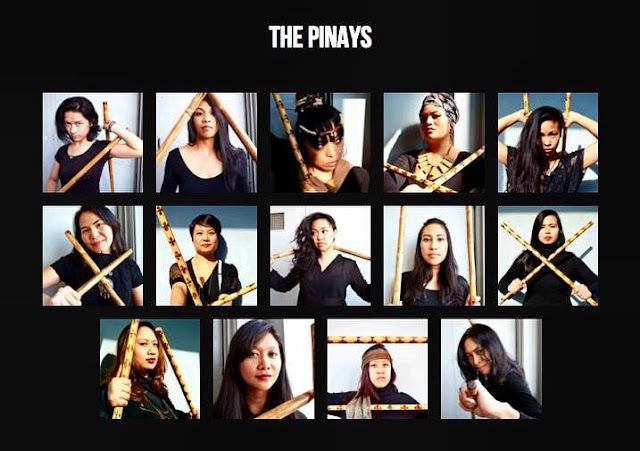 To the cast of Raised Pinay, congratulations and thank you for raising awareness.
In telling your stories, you gave voice not only of your own experiences but also those who weren't brave to express their past and present triumphs and challenges. 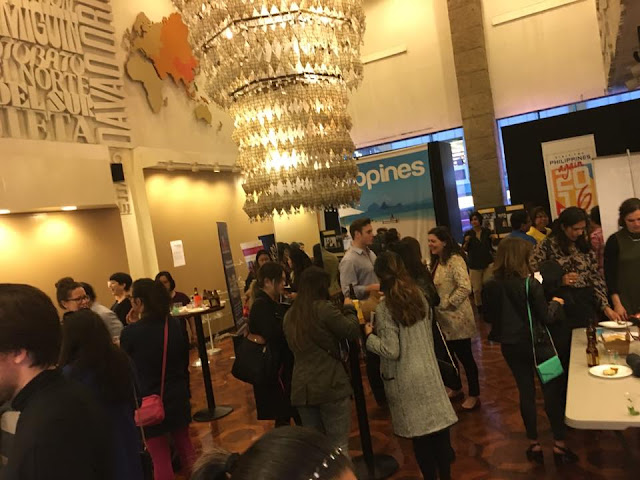 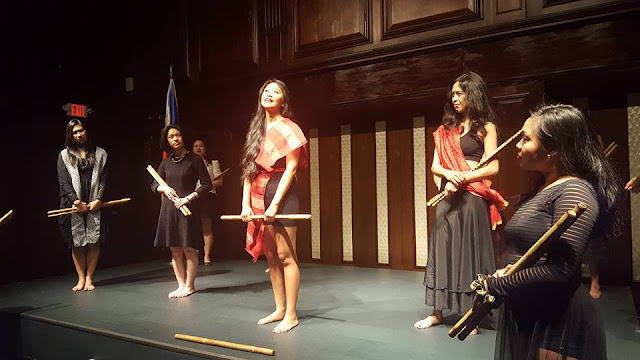 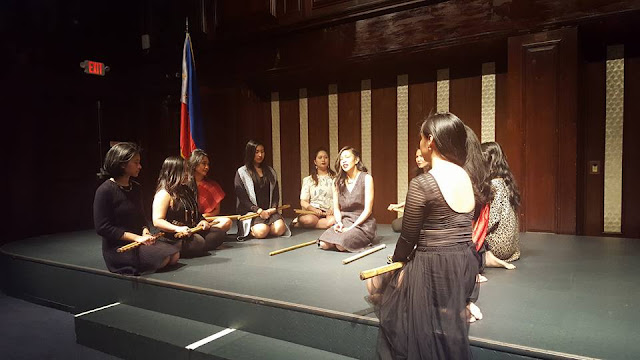 Aurerose Piana delivered one of the subtle but profoundly emotional monologues. 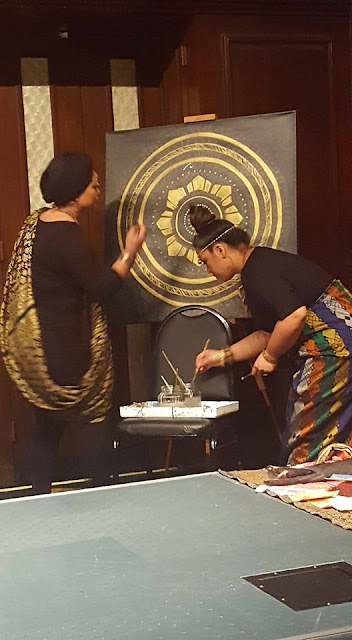 Started out as a blank canvas, by the end of the production,
sisters Gigi and Grace Bio completed this painting.
Artworks are being auctioned via RaisedPinay.eventbrite.com 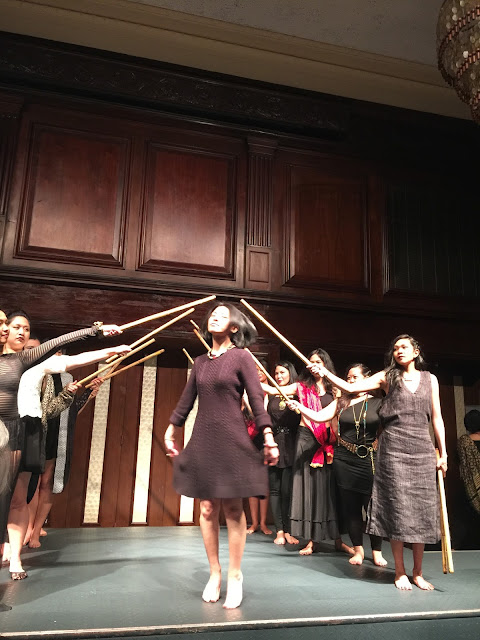 Anjelica Enaje reminded us why our mothers do the things they do. 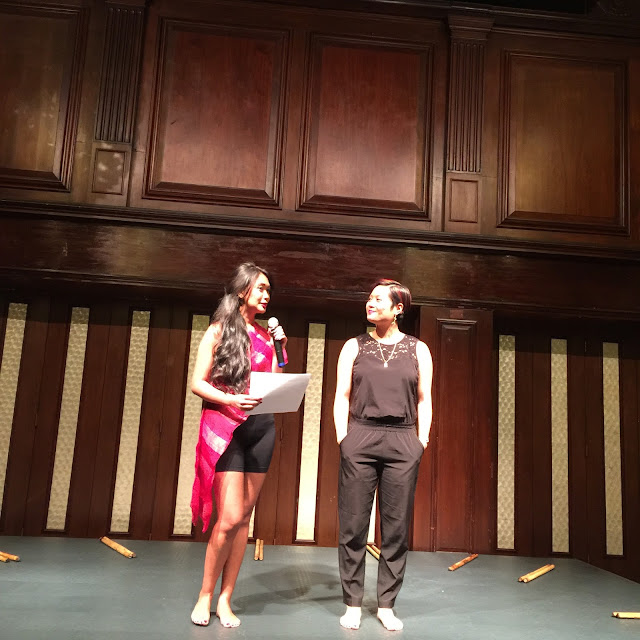 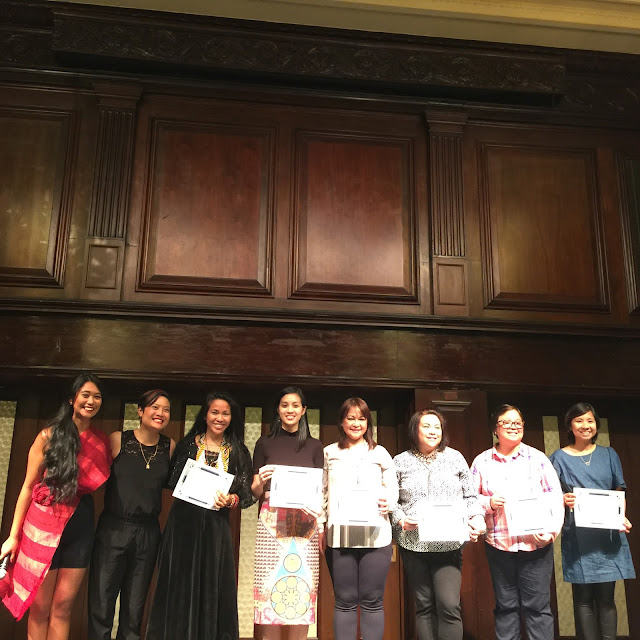 Thanks to the partners and sponsors:
The Journey of a Brown Girl, Pilipino American Unity for Progress,
Synergy Productions & Marketing, Inc., Western Union,
Philippine Airlines and the Philippine Consulate General of New York.
Raised Pinay is a production to benefit Roots of Health.
For more information about Raised Pinay, please visit their website, raisedpinay.strikingly.com
You can catch Raised Pinay on Saturday, April 2nd ( 2PM and 7PM) at New York University.