Learning keeps you young. There’s always enough time in a day to learn something new. 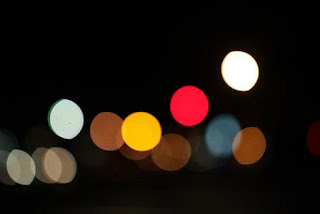 Sunday. Quiet. No schlepping to any gymnastics event, music camp or leadership conference.

Hubby woke up late, with a wide smile beaming on his face! I guess he discovered something new!

He was listening to WOR’s The Travel Show with Arthur andPauline Frommer. And today’s new discovery was about Dr. Albert Coombs Barnes.

“Honey, there’s a doctor, Dr. Barnes, who helped develop a treatment for gonorrhea. Not only was he Doctor, but he was also an art collector. He collected various paintings from Picasso, Matisse, and Renoir – paintings which are not available anywhere else! So it means no reproductions! His foundation just expanded to . It’s an extensive museum  which will house his collection. It’s definitely a great place to take the kids.”, Hubby said.

So I immediately Barnes.

With the help of Wikipedia and the Barnes Foundation’swebsite, I found out that Dr. Barnes came from working-class parents.  He put himself to school to medical school at by tutoring, boxing and playing semi-professional baseball. (Don’t you just love and the opportunities it offers?)

Dr. Albert Coombs Barnes, helped developed Argyrol, an anticeptic silver used to treat gonorrhea and prevent gonorrheal blindness in newborn infants. But aside from being a successful chemist, Dr. Barnes also developed a passion for the arts. He founded the Barnes Foundation because he wanted to promote art appreciation. His collection included the impressionist, post-impressionist, modern art, and more.

In 1912, Dr. Barnes, while in Paris, was invited to the Geo and Leo Stein’s residence where Dr. Barnes met Henri Mattise and Pablo Piccasso. Because of the poor economic conditions of the Great Depresson, Dr. Barnes was able to purchase various artworks at a bargain. His collection was bigger than any museums. He had 60 Matisses, 44 Picassos,  and 181 Renoirs. It is believed that his entire collection is currently valued at about 20 to 30 billion dollars!

Dr. Barnes set up the foundation not for the benefit of the art historians but for the students that’s why he set up his foundation to allow visitors to have access to his art collection.

A child learns every day – just from any thing that they do. Earlier today my 10 year old planned to get together with his friends. He does not own a cell phone but texts his friends using my cell phone. No one picked up so he assumed every one was busy. So I suggested, “Why don’t you call their house phone?”

He had a surprise look on his face. He didn’t think anyone still picks up their house phones! And surely, his friend was home!

So you see, there’s always an opportunity to learn. There’s always a time to pick up a book or research about something or someone interesting. Luckily, we don’t have to make a trip to the library. We can just Google any questions, and voila! New knowledge. New information.

So what have you learned today?

Quote for the week:
"Faith is taking the first step even when you don't see the whole staircase."
- Martin Luther King, Jr.