The day started with a luncheon at Brother Jimmy's BBQ. I met my fellow co-hosts at Makila, the first Filipino American Television Talk Show in the New York metropolitan area. We ate, talked, laughed and put together a robust plan of action for the next 6 months.

This coming Saturday marks a new milestone for the Makilala Team. We will be taping for the first time at our new home, Manhattan Neighborhood Network's El Barrio Firehouse.

The first one is  "The road to pre-colonial Filipino ancestry paved in gold". I've heard so much about the gold exhibit at Asia Society that I needed to see it myself. 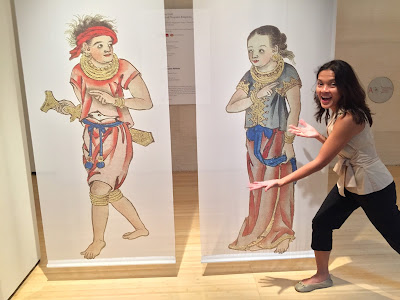 With the urging of my friend, I took the MTA Bus (M4). It was my first time to take the bus! All along I thought buses had their own lane, but of course, I was mistaken.

When it was time to get off the bus, I didn't know what door to exit from. Luckily, a friendly man told me to push the door open.

The bus dropped me off at Madison Avenue where I was able to feast my eyes with the Fall Fashion from high profile designers (I only knew through fashion magazines) such as Armani, Prada, Chloe, Robert Cavalli. Dolce Cabana, Gucci and many more.

It's pretty interesting to see all the glamour on my way to see a gold exhibit for a developing country like the Philippines.

I met fellow Filipinos in the museum - and of course, a visit wasn't complete without a photo session!

I rushed out of there to visit my third child who goes to Columbia University. Since I was on the Eastside part of New York, I needed to take the M66 bus to get me to to the Westside. Luckily, there was another friendly New Yorker who helped me figure out what bus to take and where to take the 1 Train to Columbia University. He even told me that since I was transferring from an MTA Bus to a subway train, my train ride was free of charge! 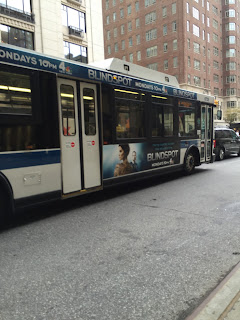 While waiting at Columbia University, I noticed a few Secret Service Personnel. 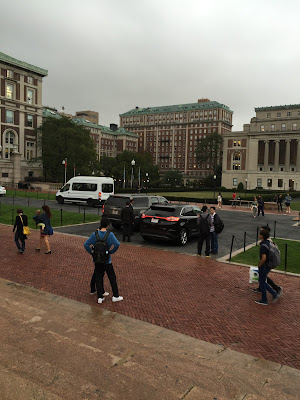 There probably was a World Leader from the United Nations speaking at a forum in the university.

And of course, it wouldn't be New York, if there weren't people practicing their freedom of speech. 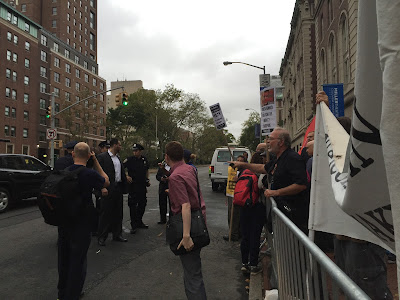 It was starting to get heated so I left and started to look for my son.

He had a lot of work to do so we decided to have dinner at John Jay Dining Hall. 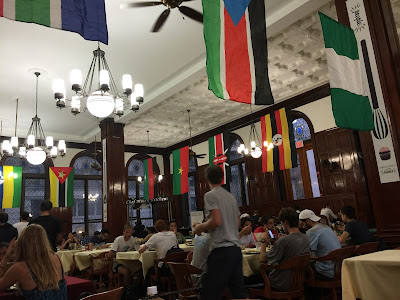 Something about that moment made me happy because it meant my 20 year-old son wasn't embarrassed to be seen with his 51 year-old mother.

I kept telling my son that I felt like I was at Hogwarts! ( Oh, and by the way the dining hall had fried sweet plantains, and a conveyor belt that moved the dirty dishes to an unknown tunnel!)

I am always thankful for days like that day.

"Peace begins with a smile.
Every time you smile at someone,
it is an action of love,
a gift to that person,
a beautiful thing.”

Hope you get to do things you love to do.