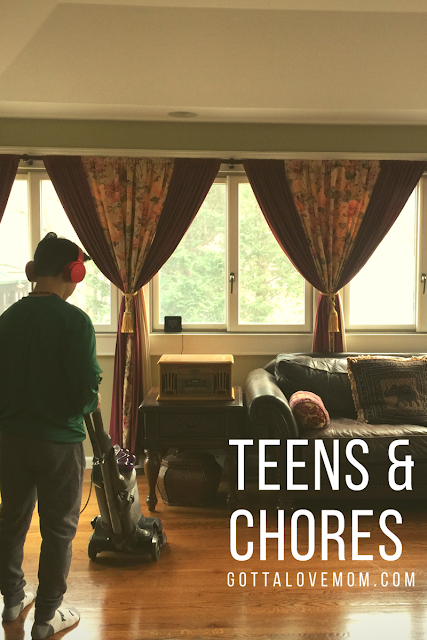 Growing up in the Philippines, my mother raised me and my brothers to help with the household chores. Therefore, when I became a mother, I knew my children would be doing chores, too.

When my children were younger, they took turns vacuuming, mopping, folding the laundry, and dusting furniture. For some reason, dusting tchotchkes wasn't a popular task. They'd rather vacuum and mop than dust. My children weren't looking forward to doing the chores, but they all knew that they were all expected to help out.

Getting my children to do their chores was easier when they were younger.

Teenagers, I found out, love to negotiate. However, since my children were expected to participate and contribute around the house, getting them to help out wasn't as difficult. Together with my husband, we set some guidelines:

It is my hope that by telling my story, my children will better understand me and my parenting style.  I also hope that they take the time to think about, and compare, my childhood to theirs, and count their blessings.  Vacuuming may not seem like such an awful chore.

In one of the chapters of my book,  "Out of Status",  I talked about my childhood.  Here's an excerpt from that chapter.

During the day, my father would go to the office in one of the government agencies while my mother attended to all of us and the family business. We weren’t rich, but we weren’t poor either. Even though we had housekeepers, my brothers and I had chores and took turns washing the dishes. My Mom believed that teaching us to help out would build character.

We didn’t have a dishwasher or washing machine. As a child, I didn’t know if those appliances were available in the Philippines. Even though we had someone who came to wash our clothes by hand, my Mom made sure that I learned how to do the laundry, too.

So there I was, about 10 or 11 years old, trying to wash my youngest brother’s cloth diapers with the help of our labandera (laundry-woman) – someone I had known since birth and adored. Unlike our labandera, I viewed my few hours of paglalaba (washing the clothes by hand) as an adventure!

I wore a bakya, a pair of wooden clogs -- not the designer ones, but cheap ones made of wood and plastic. I would fill the large basin with water. It was a lucky day when there was a faucet with water flowing; otherwise, I had to get a pail of water from a nearby well. I worked my buns and quads by squatting, and I did some Kenpo exercises with the help of a hard bar of soap as I lathered the clothes by scrubbing and kneading the dirt off. To get the clothes really clean, I pounded the clothes with a palu-palu, a wooden paddle that was supposed to squeeze dirt out of the clothes. Maybe that’s why my arms are the way they are – muscular! I didn’t realize back then that I was already training my body to do strengthening exercises.

Mom made sure I learned how to cook and keep the house tidy and organized. She infused my young mind with the values of a mother, talking to me about marriage and good housekeeping. I learned how to scrub the floors with my feet using coconut husks, I swept the floors with walis tambo -- a Filipino broom made from dried flowers and stalks of grass -- I wiped the dust from Mom’s indoor plants, and I cleaned the toilets.

The task of cleaning the toilet was assigned to me specifically. You see, Mom had no tolerance for laziness. She firmly believed that as long as you were breathing and standing on your own, there was no excuse at all to be lazy. One day I must have lost my mind! I grabbed a piece of bread and then decided to rest my back on the couch while my legs and feet were hanging on the arm of the couch. It would have been perfectly fine to just relax, but to eat and chew in a horizontal position? This was a big “no-no”! So as soon as my mother saw me eating while lying down, she urged me to sit up straight and reprimanded me for being lazy! And because of that, I had to learn how to clean the toilets and was assigned that task for many days ahead.

However, one time I made the mistake of adding something to the rag that I used to dust the plants. I wanted to impress Mom by making the indoor plants shiny, so I dabbed a little bit of Johnson and Johnson’s baby oil onto a rag and wiped the dust off with it. I was so proud of my ingenuity until the next day when the leaves turned brown. I felt awful that I ruined Mom’s plants. To my surprise, Mom just laughed and trimmed off the wilted leaves and asked me to wipe off the oil with a damp cloth – just water, no oil!

We ate dinner at about 6 p.m., and we always ate together. My household was not like the “Leave it to Beaver” family, but we did say our grace before meals and talked about our day. And when dinner was over, my brothers and I would sing while Dad played the piano. It’s not like we had Nickelodeon, the Disney Channel or a gazillion cable channels to watch. And before my brothers and I went to our bedrooms, we would bless our parents’ hands and say goodnight.

What about you, what's your childhood memory about household chores? 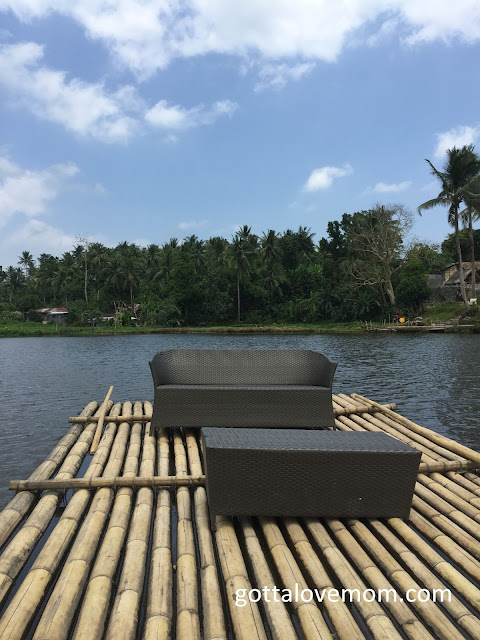 (Last year in the Philippines)