As a parent, your child is your world.  To lose a child is like losing your heart.  Today, my friends are marking the tenth anniversary of the death of their first born child, Nick.  I have been fortunate enough to get to know this family as our children have gone to school together for the past eight years.  I see them frequently at school, around town, and at social functions. They are always happy, very loving, and gracious.   One would not know the pain and sadness living in their hearts and souls.


Their first-born child, forever 2 1/2 years old, died from a tragic accident.  He pulled open the dresser drawer and was climbing the dresser.  His weight was too much for the piece of furniture and it tipped over on him.  It takes very little weight to tip a dresser when the drawers are open.   He was asphyxiated; the weight of the dresser was too heavy to allow him to breathe.  Who would think that could ever happen?


Many questions started swirling around in my mind regarding how often these unspeakable tragedies occur, and the rate of injuries versus death from them.  I visited the Consumer Product Safety Commission's web site (www.cpsc.gov) to find out if they have compiled any statistics.  What I found was a 29 page report/analysis issued in September 2011 entitled "Instability of Televisions, Furniture, and Appliances: Estimated Injuries and Reported Fatalities, 2011 Report".  The report compiles statistics for death incidents from 2000 through 2010 and injury incidents from 2006 through 2010.

As I was reading through the report, I was shocked to see the number of incidents occurring annually due to these accidents.  The average number of incidents from 2008 through 2010 was 43,400 and 293 fatalities were reported from 2000 through 2010. 58% of the reported injuries were children under the age of 18; 84% of the reported deaths were victims under the age of 8.  The statistics are broken down by what caused the injury/fatality (furniture/TV/appliance or combination), where the injury/fatality occurred, and what type of injury occurred (main injury type and body area affected).  These are some heavy statistics and very hard to digest.

Many of these incidents were caused by televisions.  The introduction of flat-screen televisions hopefully will decrease the frequency and severity of television tipping incidents mainly because they are lighter in weight and often mounted on the wall.  However, the old television is often relocated to another room (the children's room) and placed on a piece of furniture that is usually not strong/stable enough for it.  So, the danger is just moved to another room, not removed from the home.

Also, these are the numbers that were reported.  How many go unreported and why?  For example, Nick's cause of death was asphyxiation but it is unknown if it was reported as a furniture-related death. 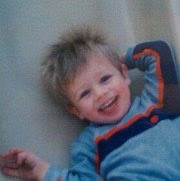 For the ten years that the fatality statistics were compiled, there does not seem to be any trend in the increase or decrease of these incidents.  What can be concluded from these statistics are that there are too many of these deaths and that the overwhelming majority (84%) were children.  What can we do to cause a downward trend in these numbers?  We can bring awareness to the community and hopefully prevent this tragedy from occurring. We can prevent another family from experiencing the deep pain of losing a child.

We can also rally the lawmakers to pass stringent requirements for furniture/appliance labeling and furniture safety.  Fortunately, ASTM International (www.astm.org), a globally recognized leader in the development and delivery of international voluntary consensus standards, revised its standard for furniture safety (ASTM F2057) in May 2009.  However, these standards are voluntary, only guidance for manufacturers.

Some advice that is often shared regarding these dangers is:
This family is strong and amazing.  They are staunch advocates for securing furniture, televisions, and other large heavy objects that children may climb/pull on and be crushed by.  My friends have worked endlessly in various forums to bring awareness and prevent this type of accident from happening and to also connect affected families.  They are involved in a non-profit organization (the father serves on the foundation's board), Katie's Foundation for Child Safety (www.katieeliselambert.org), that was established to protect children by increasing the awareness to parents of the hidden dangers that present themselves in the home.  This organization advocates for pediatricians during well baby visits to discuss the dangers of unsecured furniture and appliances and review proper steps to remove the danger, and for laws that require mandatory warning labels on all assembled and ready to assemble furniture and appliances (including televisions).  Both my friend and Katie Lambert's father serve on the ASTM committee that developed the stronger furniture safety standard.

My friends have also started sharing their yummy chicken wings, Angels Wings by Rich Pierce, because everyone in our community loves his wings.  As a pledge of support to Katie's Foundation, they donate 10% of the proceeds from every tray of "Angels Wings" that they produce.  If you live in the New York City metropolitan area, please visit the Angels Wings by Rich Pierce group on Facebook (www.facebook.com/groups/123899725438) for information.
Please share this information and the foundation's web site with fellow parents or parents-to-be.  It is one thing you can do to make a difference.