Marriage is a contract 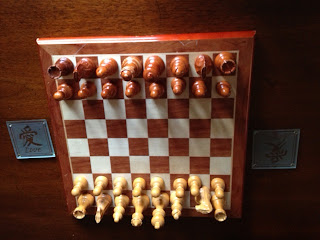 Craig and I were sitting side by side on a bench in the middle of the American wing at the Metropolitan Museum of Art. Before I had met Craig a couple years earlier, I had not known such beauty existed. So the first time I visited the MET, I felt like a newborn learning new things about life – and about .

We were colleagues turned best friends; that was how our relationship evolved. Within a year, our bond became more profound. Cupid really did a number on us! Still, when Craig asked, “Do you want to make it official?” I was astonished.

The setting was perfect. I felt like I was dreaming. The atmosphere made me feel as if I had been placed in one of Claude Monet’s paintings.

It was a beautiful autumn afternoon. Outside the room, the sky was clear and the leaves on the trees were a potpourri of colors – orange, green, red, burgundy and yellow – and it all added to the magic of that dreamy day. The sun’s rays illuminated the atrium. The open feel of the room made the American wing feel like an annex of .

My eyes were feasting on the various pieces of artwork. On one side was the facade of the Martin E. Thompson Branch Bank of the , which used to be in Wall Street. On the other side was the Dogwood Tiffany stained glass. In this garden-like room was a bronze cast of the Manship sculpted Group of Bears, which was one of my favorites. It consisted of three bears in three different stances: sitting, standing and walking. Craig’s favorite was Augustus Saint-Gauden’s Diana, a bronze sculpture of a woman holding a bow and arrow.

When Craig reached inside his pants pocket and took out a pear-shaped diamond ring, I didn’t know what to say. I gazed into his hazel eyes, and I recognized that he was the prince I had been waiting for.

“Official, it is!” I answered, giggling.

We stood up, hugged and kissed. I fit just right inside his strong arms.

“I was trying to think of something special to say…” he whispered into my ear, chuckling, as he caressed my hair.

“Your proposal was definitely unique,” I said, smiling. “It’s something we’ll laugh about for the rest of our lives.”

A marriage proposal is indeed an intention to live as one, and once you say your "I do's", you promise to love and honor all the days of your lives - and as my husband says, to continue to physically take care of yourself -- just like when you started dating. 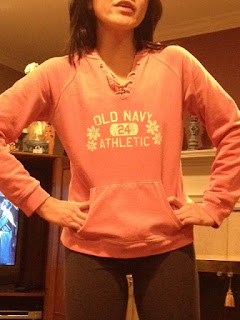 And that includes "looking good" all the time!

The past few weeks had been hectic. Every morning, I would get up with an intention to work-out. Hence, the first outfit worn consisted of my favorite faded pink Old Navy sweat shirt and sweat pants.

But like most stay at home mothers, I would lose track of time. Most of the time, I'd get pulled into doing other things except for working out. So by the time I picked up my husband, I would still be in my work out clothes, hair tied back in a very tight pony tail and tired-looking (not a hint of powder, lipstick or mascara).

My husband had been working long hours -- going in early and coming home late. So for the past few Fridays, he would "out of the blue" suggest that we stop-by our favorite wine and dine place while our littlest guy was still in gymnastics.  We had 90 minutes -- just the two of us!

However, for the past four Fridays, I didn't realize I would be sitting in a restaurant having wine and cheese. He would laugh that I was still in my work-out clothes, but I didn't mind because I didn't think it was that important. Although I looked like the hired help!

The few spontaneous "dinner dates" helped my husband and I talked about our week. He reminded me that ignoring the way I present myself physically was a breach of our marriage contract!

"But you knew I was coming home." he answered. 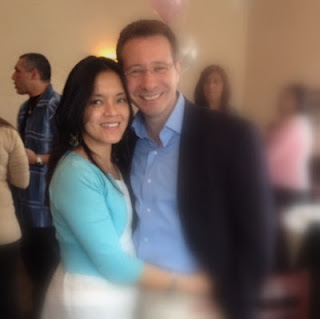 So last Friday, I made sure I changed out of my work-out clothes (even though at 6pm, I still haven't worked-out), put on jeans, a top and a sweater.

Every now and then, I read our ketuvah, which hangs on the wall in the den.

“This is my beloved; this is my friend. And each said to the other: I promise to share with you in times of joy as in times of trouble. To talk and to listen, to honor and to appreciate you, to provide for and support you in trust and in love. I take you to be mine according to the law. I promise to share my hopes and thoughts and dreams with you. I will work with you to build our lives together. May we grow, our lives forever intertwined, our love bringing us closer. Let us create a home for us and our children based on love, and on honesty. May it be a home filled with peace, with happiness, and with love.”


How do you keep your marriage as strong as it was the first time you said ,"I do's" ?