A family bonding and the amazing drive back home 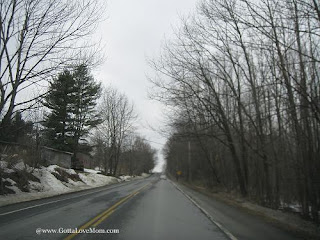 Last night, my boys and I all felt that we had a perfect week in Vermont but it is time to
head back home. The boys skied for five days and we are all ready to say “so-long” to our winter get-away.

The weather is sunny and it’s in the 40’s and tonight is Daylight Savings time – a sign that’s spring is on its way! Our winter getaway is a sign that warm weather is near.

Yesterday morning, I wished my 17-year old , “Don’t break any bones, be careful!” – a comment that made both my teens wide-eyed and screamed, “Oh no, mom! You just jinxed it!”
And sure enough, later that day, my 13-year old was giving me an account on how his older brother snowboarded off the trail and didn’t realize that he was at the edge and then fell five feet down - their words, "he died!"

Of course he didn’t die but then he said that I should have never said those words.
I tried to defend myself and said,
“Isn’t that the same as saying don’t break your leg to Jon every time he’s about to perform onstage?”
But they were both hysterical correcting me that it’s “BREAK A LEG” and not “Don’t break a leg!”

(I actually know that idiomatic expression – it’s just that I do mess up with speaking every now and then – or honestly speaking – most of the time! I even kid around that one day when I get published and Oprah happens to like my book, and she invites me to her show, the audience will probably won’t believe that I actually wrote all these stories. The way I speak is no way comprehensible nor smooth compared to the way I write!) 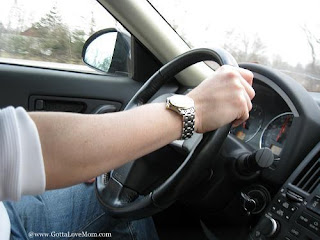 For the past 10 years or so, every time we go to Vermont our alarm system would go off -
sending the entire fire department and police department to my house! Unluckily for my neighbor and my sister-in-law (and a few times my daughter and her boyfriend), dealing with these false alarms were such a hassle! The kids thought that our house is haunted! Well, so much for that because this year – not one single false alarm! So sorry to the foreman and police me – no open house this year!

The boys, all 4 of them ( my three sons and my husband), skied downhill on what looked like a race! Aside from the fact that everyone was amazed on how the youngest (8) was as fast as the other two. The image of the my 17-year old snowboarding, my 13 year-old doing his ski tricks with the poles and my eight year old “Speedy Gonzales” his way down the slope – these are just some KODAK moments that I was never fast enough to digitized!

There are so many images that are just stored in my own memory card. When I mentioned the words “Kodak moment”, my 13-year old was laughing because he thought it was one of those made-up words that I concocted! I guess in this digital world, saying KODAK moment doesn’t really mean anything (Luckily we no longer own Kodak stocks!)


For the past eleven years, we had our Ford Expedition – an SUV that sits 8 people!
But this year we drove with my husband’s Infiniti FX35. The three boys, my husband and I managed. As we were driving back I can’t help notice how my boys had great conversations in the car since we were all a breath away from each other. (Altoids alert!)

Although the Expedition provided a much more comfortable sitting and more legroom, the close proximity in the car allowed for some interesting manly talks! 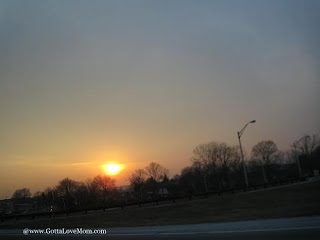 Conversations about the hybrid and electric cars - and varying opinions on which one is better, monopolized the dialogue for quite some time. My two teens had two opposing opinions that my husband had to act as a mediator. They even talked a little bit about JFK – which surprisingly my 13-year old didn’t realize he didn’t know that much about.
And then my 17-year old remarked on how his International Business teacher told the class recently that he invested his money in Blockbuster. Something that both my teens were flabbergasted on how can someone make money on a company that’s not making any profit. By that comment, the “shorting” of investments commenced. So my husband explained the mechanics of shorting stocks. The two boys sitting behind me sounded like a light bulb just got ignited because both said, “Well that’s easy since every company seems to be losing money lately". Of course their Dad has to emphasize that its not really easy to know when a stock actually plummets.

This went on while my 8year old, seated in between the two teens, asked how many miles have we traveled so far. He was working some subtraction facts in his head.

As we approached New Jersey, despite of some small fights about the cramped seat-territory, I definitely am glad to witness such an amazing drive back home.