My longest 10 minutes as a mother! 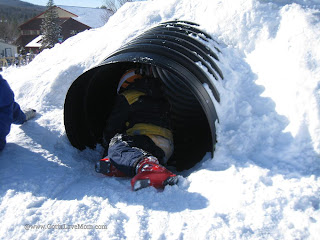 A few days ago I firmly said, “no way”
Today, I compromised with my 8-year old.
Confident, yet super daring
Energetic and stubborn – that’s him!

I can’t really say he won,
We met halfway – that’s what it is.
His ski instructor gave an OK
My 8-year old is skiing well. 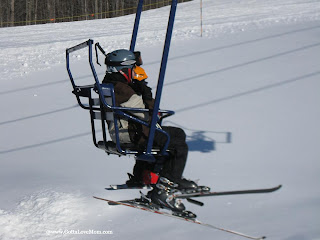 A little child’s brain is like a sponge
It absorbs everything his/her eyes capture.
A little child enjoys the silly things in life
Waddling on ice, playing in the snow.

Fear he knows nothing of,
Fun is all he cares for.
“NO” he doesn’t want to hear,
“Only IF” – a plausible work-around we can deal with.

Letting go, I had to do.
He’s eight and ready to go.
No skiing into woods,
No daredevil stunts I emphasized. 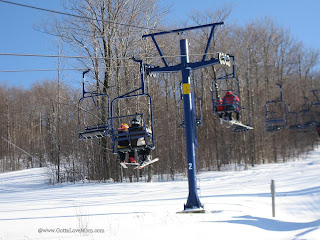 So out he went with his 13-year old brother
Off to the lift and uphill on their own;
Two, Four, Six, Eight,
Ten long minutes my heart stopped beating.

I stared at the sky,
Blue, pretty and calm.
I’m shaking not because I’m freezing,
But waiting for the two to ski downhill.

Laughing and speeding down,
Fun, fun, fun – written on their faces.
One, Two, Three, Four more times
They went up and down the mountain.

Memories my boys made that day,
One more step my little guy made.
He felt great – all grown-up and all,
We met half-way – that’s what it is.

----
Photographs - Smuggler's Notch 2009
Visit Josh at Joshizms : the universe according to an 8-year old